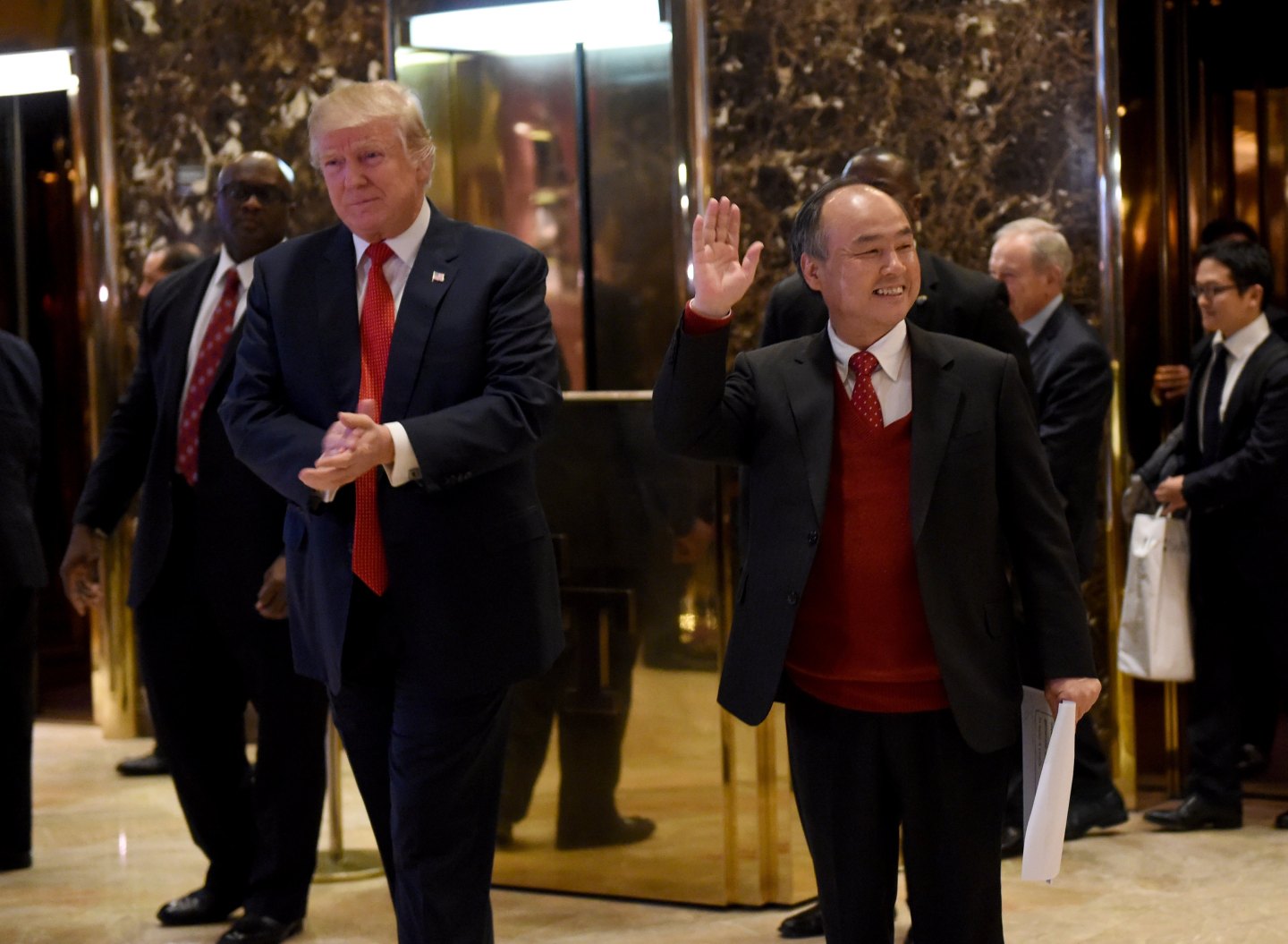 President-elect Donald Trump said Tuesday that the CEO of Japan’s SoftBank plans to invest $50 billion in the United States, aiming to create 50,000 jobs.

Trump visited the lobby of Trump Tower with SoftBank CEO Masayoshi Son after they met on Tuesday.

“He’s one of the great men of industry, so I just want to thank you very much,” Trump said, speaking to reporters and to Son, who held up what appeared to be a PowerPoint slide with details of their announcement.

Son, a billionaire technology investor, told reporters that the money would be invested in startups in the U.S. He said the money will come from a $100 billion investment fund he set up with Saudi Arabia, the Wall Street Journal reported.

Trump took credit for the deal, claiming on Twitter that “Masa said he would never do this had we (Trump) not won the election!” Son told the Journal that he likes Trump “very much.”