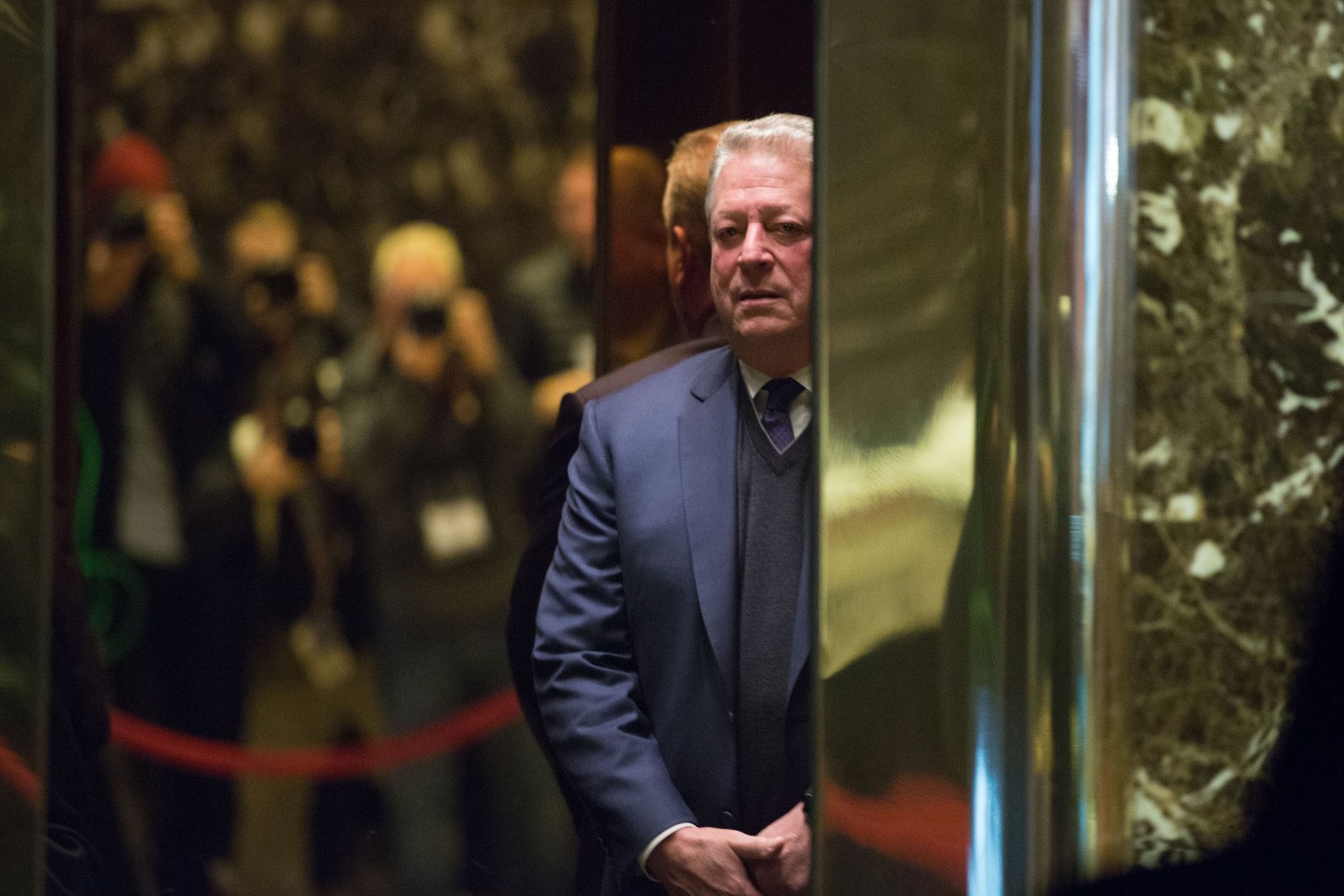 Gore, who is an outspoken advocate for better climate policy, met first with Ivanka to discuss the issue of climate change, which she’ll reportedly be taking on when her father takes office. But the bulk of his time was spent with the president-elect, Gore told reporters after the meeting.

“It was a sincere search for areas of common ground. I had a meeting beforehand with Ivanka Trump. The bulk of the time was with the president-elect, Donald Trump,” Gore said. “I found it an extremely interesting conversation, and to be continued.”
Despite campaigning for Trump’s opponent Hillary Clinton during the 2016 election, Gore told the Guardian recently that the urgency of climate change did not lend time to “despair.”
“My message would be that despair is just another form of denial. There is no time to despair. We don’t have time to lick our wounds, to hope for a different election outcome,” he said.
Trump has previously called climate change a “hoax,” but the candidate appeared to be more open-minded in a recent interview with the New York Times.