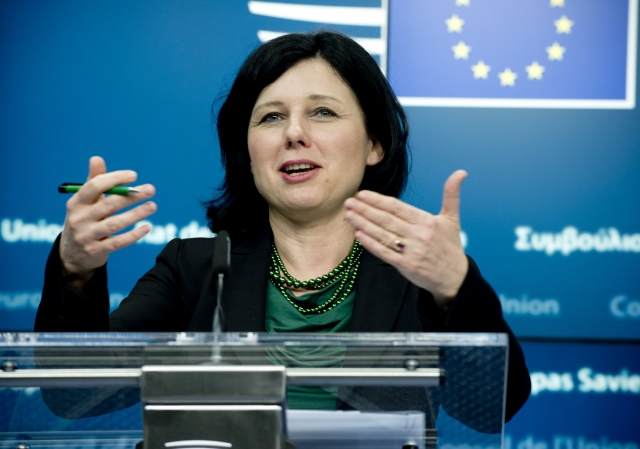 U.S. tech giants including Facebook, Twitter, Google’s YouTube and Microsoft will have to act faster to tackle online hate speech or face laws forcing them to do so, the European Commission said on Sunday.

The European Union (EU) executive’s warning comes six months after the companies signed up to a voluntary code of conduct to take action in Europe within 24 hours, following rising concerns triggered by the refugee crisis and terror attacks.

This included removing or disabling access to the content if necessary, better cooperation with civil society organizations and the promotion of “counter-narratives” to hate speech.

The code of conduct is largely a continuation of efforts that the companies already take to counter hate speech on their websites, such as developing tools for people to report hateful content and training staff to handle such requests.

However, a report commissioned by EU Justice Commissioner Vera Jourova showed that compliance with the code is far from satisfactory, the commission said.

“In practice the companies take longer and do not yet achieve this goal. They only reviewed 40% of the recorded cases in less than 24 hours,” a Commission official said.

“After 48 hours the figure is more than 80%. This shows that the target can realistically be achieved, but this will need much stronger efforts by the IT companies.”

The Commission said it may enact laws to force swifter action.

“If Facebook (FB), YouTube, Twitter (TWTR) and Microsoft (MSFT) want to convince me and the ministers that the non-legislative approach can work, they will have to act quickly and make a strong effort in the coming months,” Jourova told the Financial Times.

Her spokesman confirmed the comments.

Jourova’s report showed an uneven pace across the 28-country bloc, with the removal rate of racist posts in Germany and France above 50%, but just 11% in Austria and 4% in Italy.

EU justice ministers will meet in Brussels to discuss the report on Thursday. They are also expected to ask the companies to clarify issues including taking down “terrorist propaganda” and helping provide evidence to convict foreign fighters.