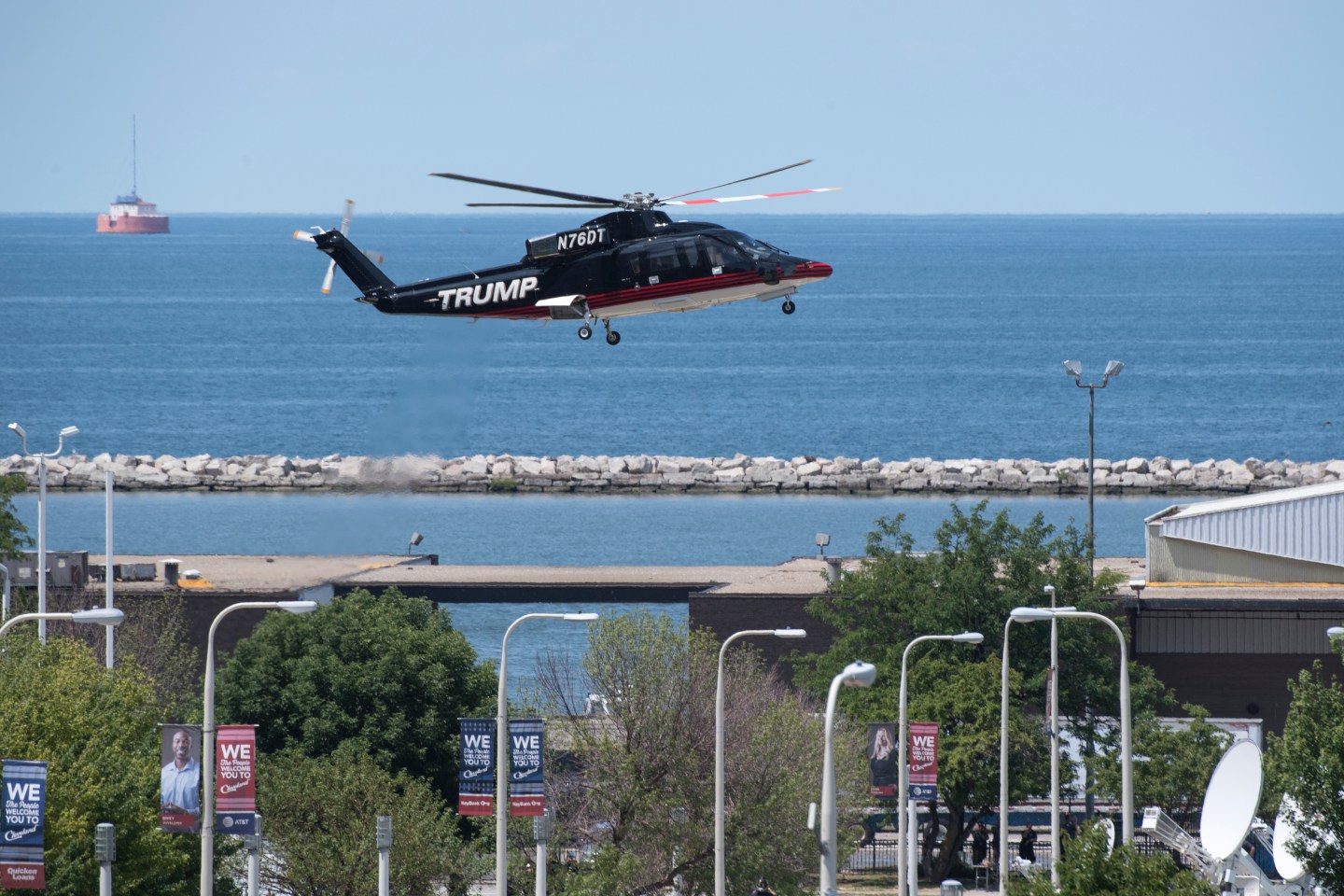 Hillary Clinton’s failure to hold key blocs of these voters helped seal Trump’s stunning electoral victory and leaves Democrats with a gaping, perhaps long-term, hole in the party’s national battle front. Trump boasted of his accomplishment at a post-election rally in Ohio.

The president-elect crowed: “We didn’t break it, we shattered that sucker. We shattered it, man. That poor wall is busted up.”

Trump carried Michigan and Pennsylvania, where Democratic nominees had won the previous six presidential elections. Trump also won Wisconsin, carried by Democrats in seven straight tries, and Iowa, carried just once by a Republican over the same period.

Should Democratic voting continue to lag behind Republicans in midterm elections, as it did in in 2014, the results could be devastating in two years when the party will defend Senate seats in Michigan, Wisconsin and Pennsylvania, and try to retake governorships in Iowa, Michigan and Wisconsin.

“Democrats suffered the consequences of apathy and selective amnesia over the past midterms and arrogance over the presidential electorate,” said Haley Morris, a senior adviser to Democrat Gary Peters’ Michigan Senate campaign, among the Democrats’ few 2014 victories in the region. “We got walloped across the Midwest in 2010 and 2014. Democrats had a glimpse of what the results could look like without Barack Obama on the ticket and ignored it.”

County-specific, unofficial national voting data tabulated by The Associated Press shows Clinton received fewer votes than Trump in places Democrats had banked on for consecutive elections, and even decades, such as Dubuque County, Iowa.

Trump edged Clinton by fewer than 1,000 votes in this northeast Iowa county known for its small-city namesake on the Mississippi River and its once thriving manufacturing economy. Trump became the first Republican to carry Dubuque County since Dwight D. Eisenhower in 1956.

Dubuque’s Rebecca Thoeni, a lifelong Democrat until recently, said Clinton did not seem to reach out to her or her peers in 2016.

“Then I saw Donald Trump, and he got out there and showed he was serious about keeping jobs,” said Thoeni, who attended a Dubuque Trump rally in January. “He explained things in layman’s terms. That’s what changed me.”

Thoeni’s is a scenario that echoed loudly around the country, where six in 10 white women without college degrees said they voted for Trump, according to exit polls conducted for The Associated Press by Edison Research. The rate was even higher among white, non-college educated men.

And it played out in the thousands in Macomb County, Michigan, home to 10% of the state’s voters.

“In counties decimated by trade deals, decades of talking points don’t pay the bills,” said Robert Becker, who ran Vermont Sen. Bernie Sanders’ winning campaign for the Michigan Democratic presidential 2016 primary. “For the party’s future, we have to be honest that the jobs being created in the country aren’t being created in this part of the country.”

The pattern held in Wisconsin too, where Trump won fewer votes than Romney did in suburban Milwaukee and where Trump’s criticism of Gov. Scott Walker worked against him. However, he carried the state in part by winning places like Racine County, part of a former union-heavy industrial corridor between Milwaukee and Chicago.

In Pennsylvania, Trump similarly won Erie and Luzerne counties, smaller metropolitan areas than sprawling Philadelphia and its suburbs, but with a higher white working-class population and unemployment higher than the state average. Democratic presidential candidates had carried both counties in the past six consecutive elections.

In the final weeks, Clinton focused on emerging Democratic states such as Arizona and North Carolina. She lost both.

How a Black Woman Ventured into the Heart of Trumplandia

Clinton did not have ties to working-class white voters as strong as those of her husband, who had been governor of Arkansas, said political historian Mary Frances Berry of the University of Pennsylvania.

Berry, who has also worked for Democratic candidates, said before the election that Hillary Clinton was not contesting Trump in blue-collar country.

The Democratic Party is seen by ordinary, working people as “caring about the cultural, managerial and professional elite,” she said, “not about them.”