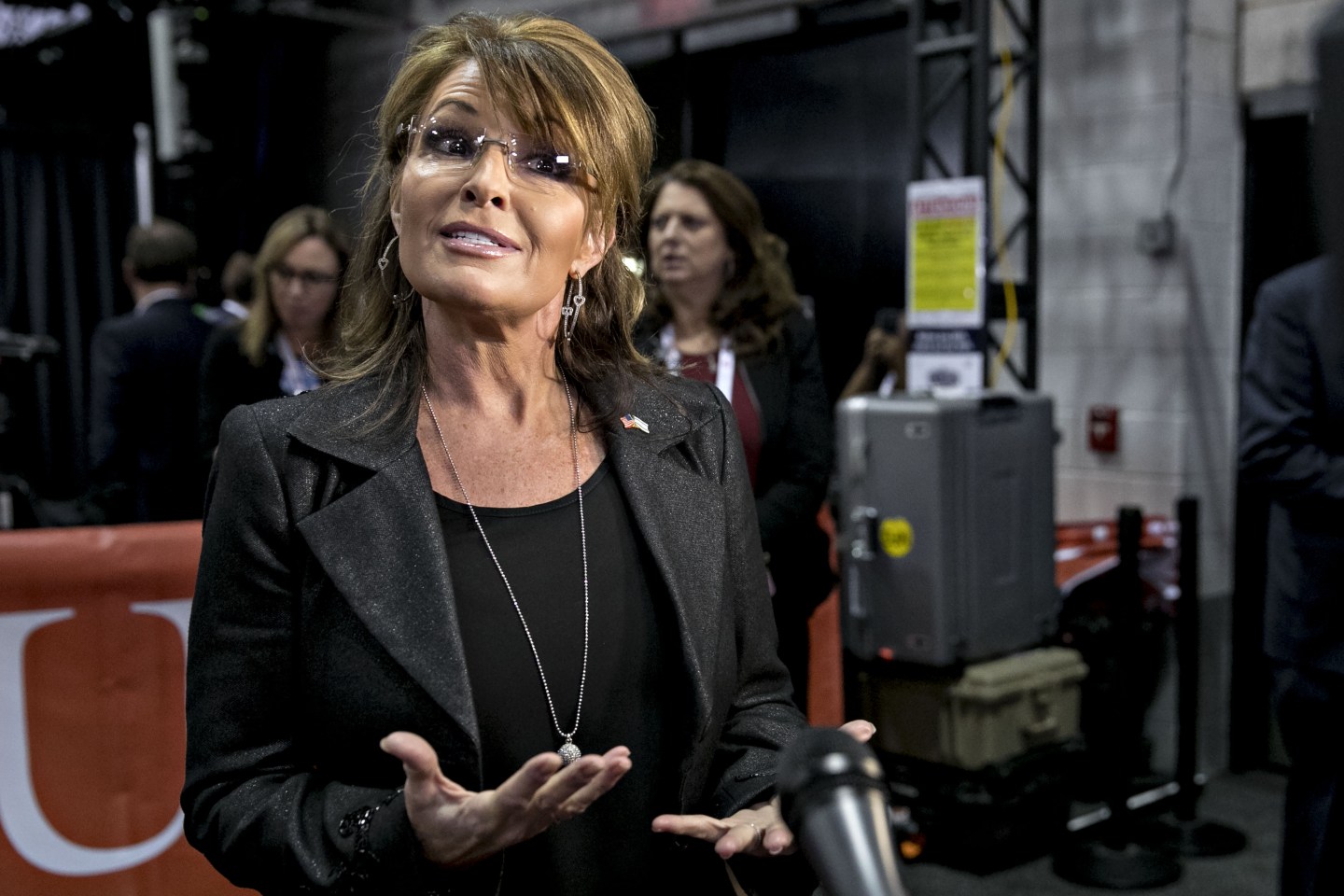 Sarah Palin, former governor of Alaska, speaks to members of the media in the spin room after the third U.S. presidential debate in Las Vegas, Nevada on Oct. 19, 2016.
Andrew Harrer—Bloomberg/Getty Images

“Let’s hope every business is equally incentivized to keep Americans working in America,” Palin wrote in a column published Friday on the Young Conservatives website.

The deal—orchestrated by Trump and Vice President-elect Mike Pence, who is still governor of Indiana—gave the manufacturing company $7 million in state economic incentives, in exchange for keeping about 1,100 jobs in Indiana. Carrier still plans to move about 1,300 jobs to Mexico, Bloomberg reported.

Palin, who was an early Trump supporter, said she is happy for the Carrier employees who will now keep their jobs, but she expressed concern about the precedent set by this agreement.

“When government steps in arbitrarily with individual subsidies, favoring one business over others, it sets inconsistent, unfair, illogical precedent,” she wrote.

“Meanwhile, the invisible hand that best orchestrates a free people’s free enterprise system gets amputated. Then, special interests creep in and manipulate markets. Republicans oppose this, remember? Instead, we support competition on a level playing field, remember? Because we know special interest crony capitalism is one big fail.”

Trump has touted the Carrier deal as a victory, visiting the company’s plant in Indianapolis this week to warn that other companies will face consequences if they move jobs overseas.