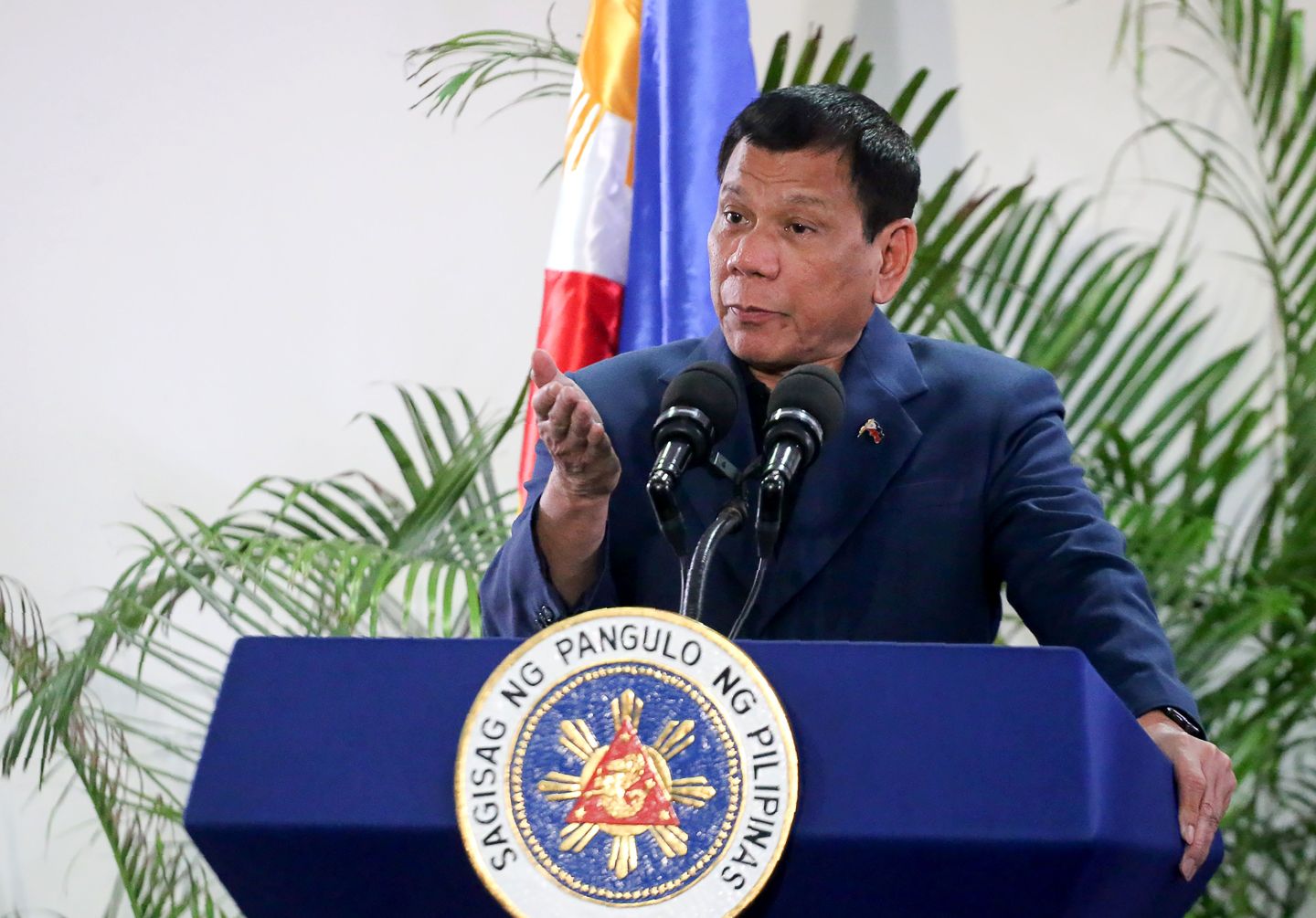 Philippine President Rodrigo Duterte gestures as he speaks at the Davao International Airport after arrving back from a state visit to Brunei and China on October 22, 2016. Philippine President Rodrigo Duterte said on October 22 he would not sever his nation's alliance with the United States, as he clarified his announcement that he planned to "separate". / AFP / MANMAN DEJETO (Photo credit should read MANMAN DEJETO/AFP/Getty Images)
MANMAN DEJETO/AFP/Getty Images

The two leaders spoke by phone on Friday, and Duterte relayed their conversation to reporters on Saturday, the New York Times reported.

“He wishes me well, too, in my campaign, and he said that, well, we are doing it as a sovereign nation, the right way,” said Duterte, who has encouraged extrajudicial killings of people suspected of using or selling drugs. Since he took office in June, more than 2,000 people have been killed by police and vigilantes, the Times reports.

Duterte has invoked the Holocaust to defend his war on drugs. “Hitler massacred 3 million Jews. Now, there are 3 million drug addicts,” he said in September. “I’d be happy to slaughter them.”

Philippines Is About to Roll Out a Tough No-Smoking Law

His tactics have prompted criticism from leaders in the United States and United Nations. When U.S. President Barack Obama said he planned to discuss the anti-drug campaign in scheduled talks with the Philippines president, Duterte called him “a son of a whore.”

“I could sense a good rapport, an animated President-elect Trump,” Duterte said Saturday. “And he was wishing me success in my campaign against the drug problem.”

“He understood the way we are handling it, and I said that there’s nothing wrong in protecting a country,” Duterte said, according to the Times. “It was a bit very encouraging in the sense that I supposed that what he really wanted to say was that we would be the last to interfere in the affairs of your own country.”

Trump’s transition team has not yet commented on the phone call, during which Trump extended an invitation for Duterte to visit the White House.

Asked about the invitation on Friday, White House Deputy Press Secretary Eric Schultz called extrajudicial killings “inconsistent with the values that we try and promote around the world—values that include basic human rights.”

“It’s going to be up to the next President-elect to decide which foreign leaders he meets with,” he said.