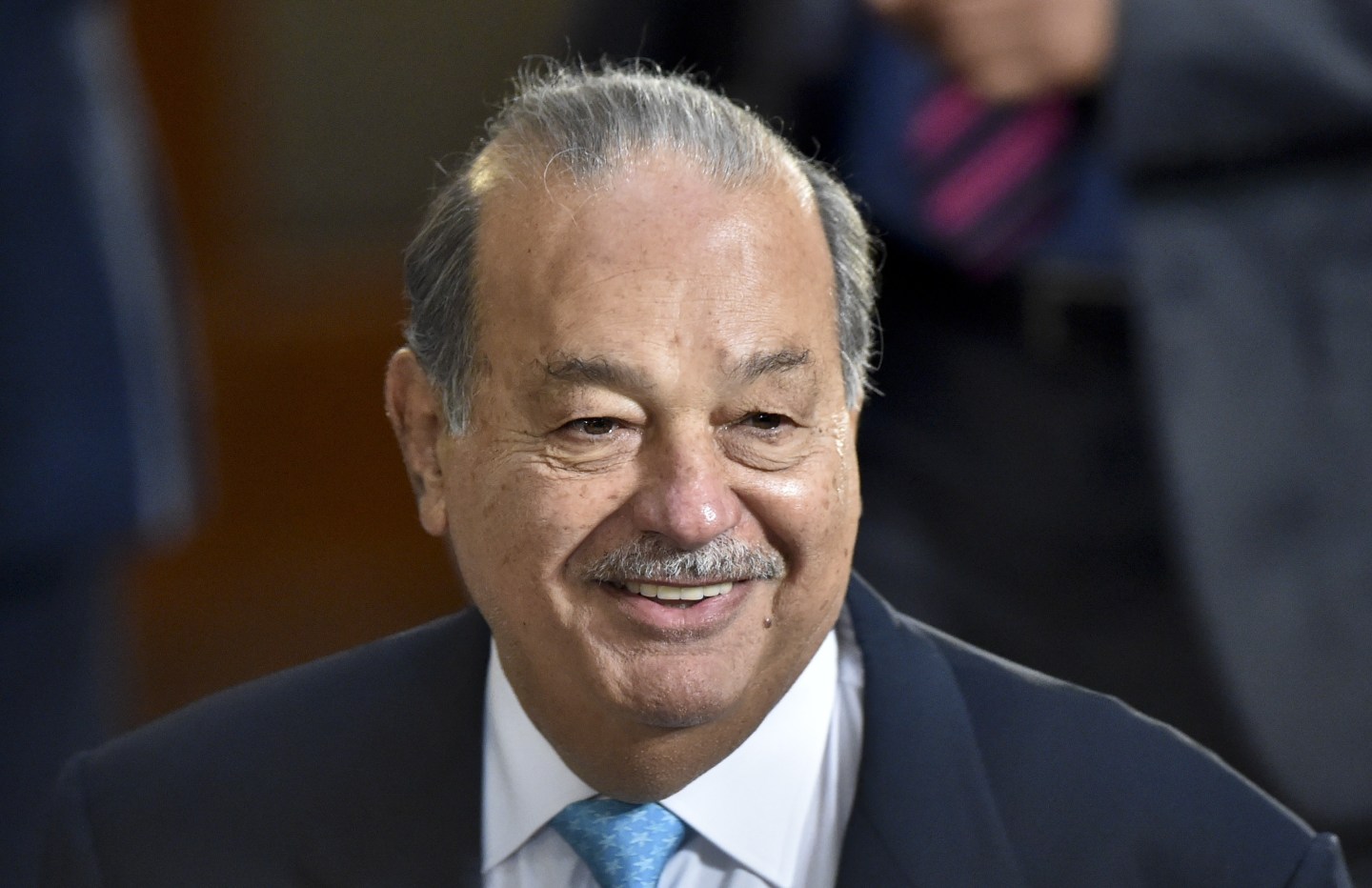 Mexican tycoon Carlos Slim smiles as he arrives to a reception in honor of Turkish President Recep Tayyip Erdogan and his wife Emine as guest of Mexico's President Enrique Pena Nieto at the National Palace in Mexico City on February 12, 2015. Erdogan is in Mexico on a two-day official visit. AFP PHOTO/ Yuri CORTEZ (Photo credit should read YURI CORTEZ/AFP/Getty Images)
Yuri Cortez/AFP—Getty Images

Mexico’s richest man thinks it’s Americans who should really be concerned about the effects of the impending Trump Administration, mostly because their country has more to lose.

“I would be more worried if I were an American,” said Carlos Slim in an interview with Bloomberg TV.” Referring to Trump, he said “He has the risk [of losing] the international leadership of the United States.”

The 76-year-old telecoms billionaire feels the “main issue” facing the U.S. is the potential loss of its position as global tech leader: while the U.S. is currently the front-runner, he feels that other countries such as China are not far behind and could easily take over.

Commenting on Mexico, Slim said his country could benefit “by turning its focus inwards, and trying to get back to the economy we have forgotten for many years.”

He added that “a big opportunity” for his country lay in providing healthcare to U.S. citizens. “You pay too much for health. In Mexico, the cost of healthcare is 80% lower than in the U.S. […] You could extend medicare here.”

He told Bloomberg that the election has not had any major impact on his investment plans, saying that his companies were investing all over the world. However, the election outcome did affect Slim’s billions, his fortune dropping $7 billion off its $55 valuation in the immediate aftermath due to a plunge in the value of the peso.

Carlos Slim was on the receiving end of Donald Trump’s ire on the campaign trail, with the U.S. President-elect reportedly accusing Slim — who is a majority (but not controlling) shareholder of the New York Times — of working “in cahoots” with Hillary Clinton to slander him on allegations of sexual harassment.