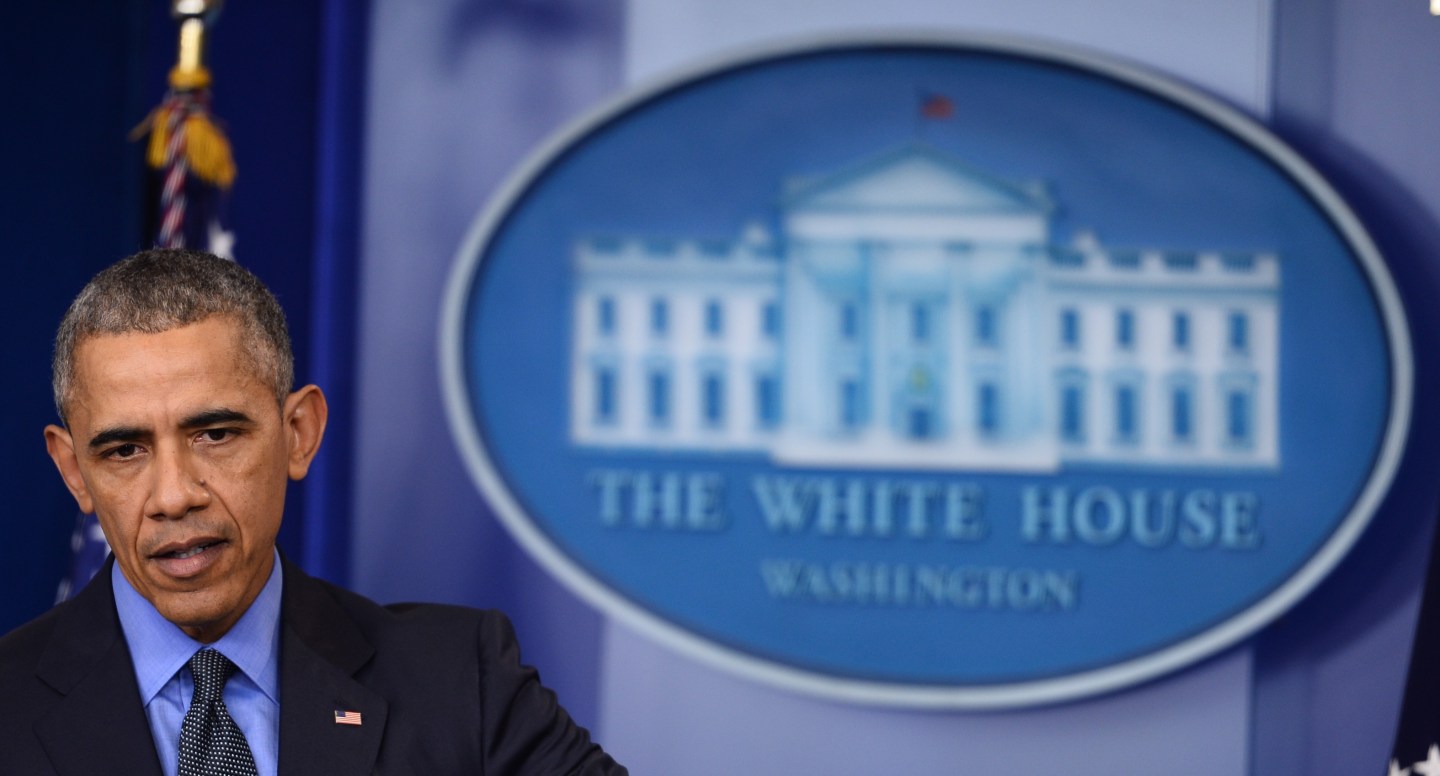 US President Barack Obama speaks during a press conference in the briefing room of the White House in Washington, DC on December 18, 2015. Obama addressed the press before flying to San Bernardino to meet families of the victims of the December 2 attack, before continuing to Hawaii for a two-week family vacation. AFP PHOTO/ ANDREW CABALLERO-REYNOLDS / AFP / Andrew Caballero-Reynolds (Photo credit should read ANDREW CABALLERO-REYNOLDS/AFP/Getty Images)
Photograph by Andrew Caballero-Reynolds — AFP via Getty Images

There’s a new way to visit the White House—without leaving home. The Obama administration released an app on Thursday that lets users see an interactive, 3-D video of 1600 Pennsylvania Avenue as it goes through a whole year of seasonal and state events.

The app, called 1600, can be downloaded for both Apple (AAPL) and Android (GOOG) devices. Then, when app users point their smartphone camera at a dollar bill, they will see the White House come to life.

The video is not explicitly political, but the White House seemed to recognize that some Americans are looking for a sense of stability as President Barack Obama prepares to hand the country over to Donald Trump next month.

“You’ll see that even as seasons and people change, the White House endures as an institution of American democracy,” Press Secretary Josh Earnest wrote in a White House blog post announcing the app.

Users may not get to sit next to Canadian Prime Minister Justin Trudeau at a State Dinner or roll an Easter egg with Beyonce and Jay Z in person, but the app does offer a glimpse at events including state visits, July Fourth fireworks, and animated snowmen on the White House lawn.