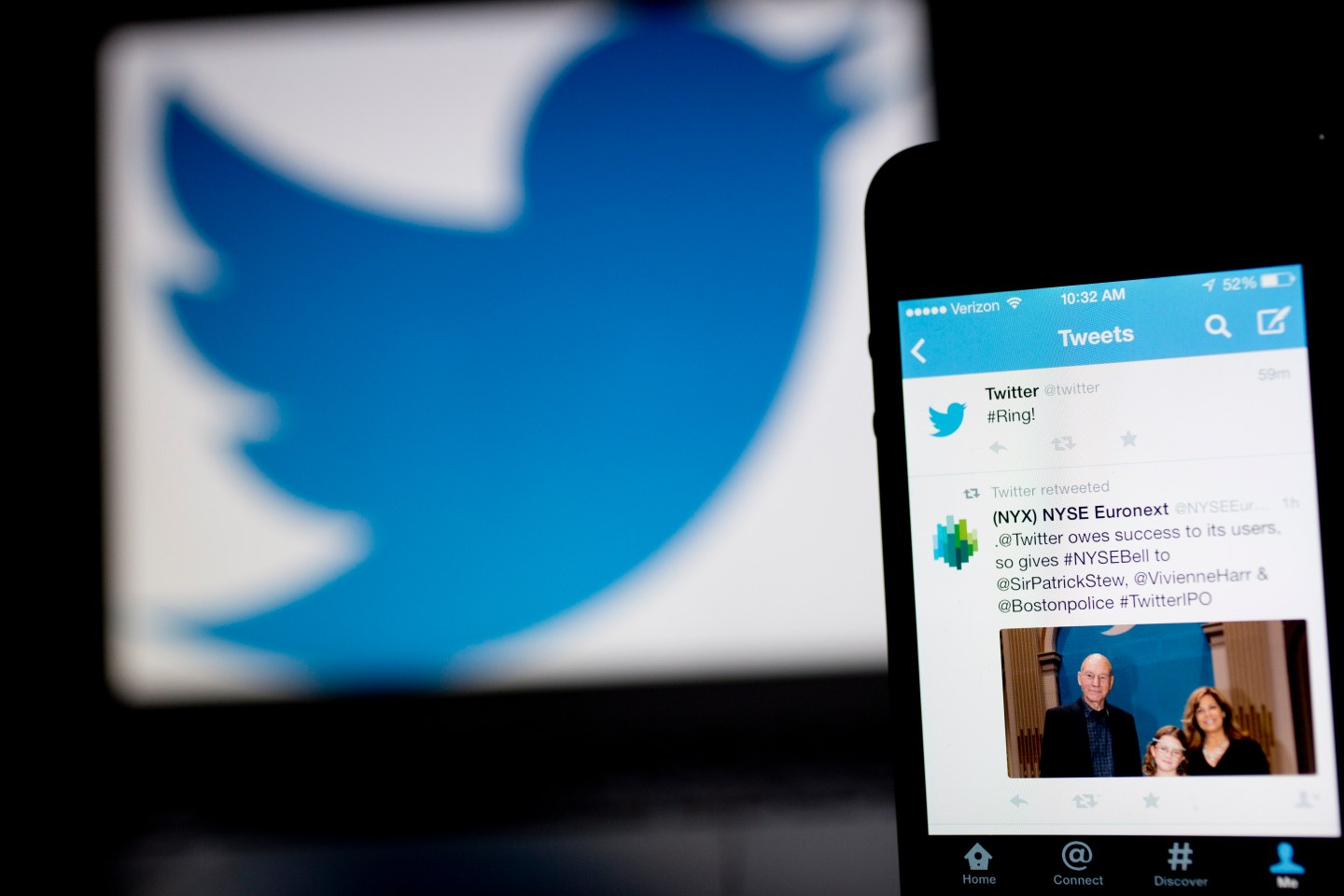 A Twitter Inc. tweet regarding the company ringing the opening bell on the New York Stock Exchange (NYSE) is displayed on an Apple Inc. iPhone arranged for a photograph in Washington, D.C., U.S., on Thursday, Nov. 7, 2013. Twitter Inc. surged 85 percent in its trading debut, as investors paid a premium for its promises of fast growth.
Photograph by Andrew Harrer—Bloomberg via Getty Images

Twitter has signed a major livestreaming deal with its first Asian partner, Globe Telecom of the Philippines, for its two exclusive U.S. National Basketball Association shows, the companies said on Thursday.

Globe will advertise on Twitter’s livestream of The Starters and The Warmups to the telecom provider’s digital audiences, they said in a statement. The shows, produced by Time Warner‘s (TWX) Turner Sports, will air only on Twitter throughout the basketball league’s season from late October through June.

Financial details were not disclosed.

The Philippines is one of the NBA’s biggest international markets, especially online. The league recently opened its fourth NBA Store in the island province of Cebu.

Basketball content will be created specifically for Twitter (TWTR) and Globe ads will run on highlight clips aired on the social media platform in the region.

Twitter has made livestreaming video integral to its future as user and revenue growth from other forms of advertising has flattened. The company has signed numerous deals with U.S. college and professional sports leagues, most notably the National Football League, and partnered with media companies on the U.S. presidential debates and election night coverage.

However, many analysts believe Twitter’s best chance to increase its ad revenue growth could lie overseas.

A report issued by eMarketer on Wednesday found that more U.S. advertisers are planning to use Facebook’s Instagram (FB) than Twitter for the first time.

Ninety percent of male Twitter users in the Philippines are interested in basketball, with 76% of them actively following and watching the NBA, Maya Hari, Twitter’s managing director for Southeast Asia and India, said in the statement.

In May, NBA Commissioner Adam Silver said that more than half of the viewers on the association’s YouTube (GOOGL) channel was outside the United States, led by the Philippines.