Toyota Is Finally Getting Serious About Electric Cars 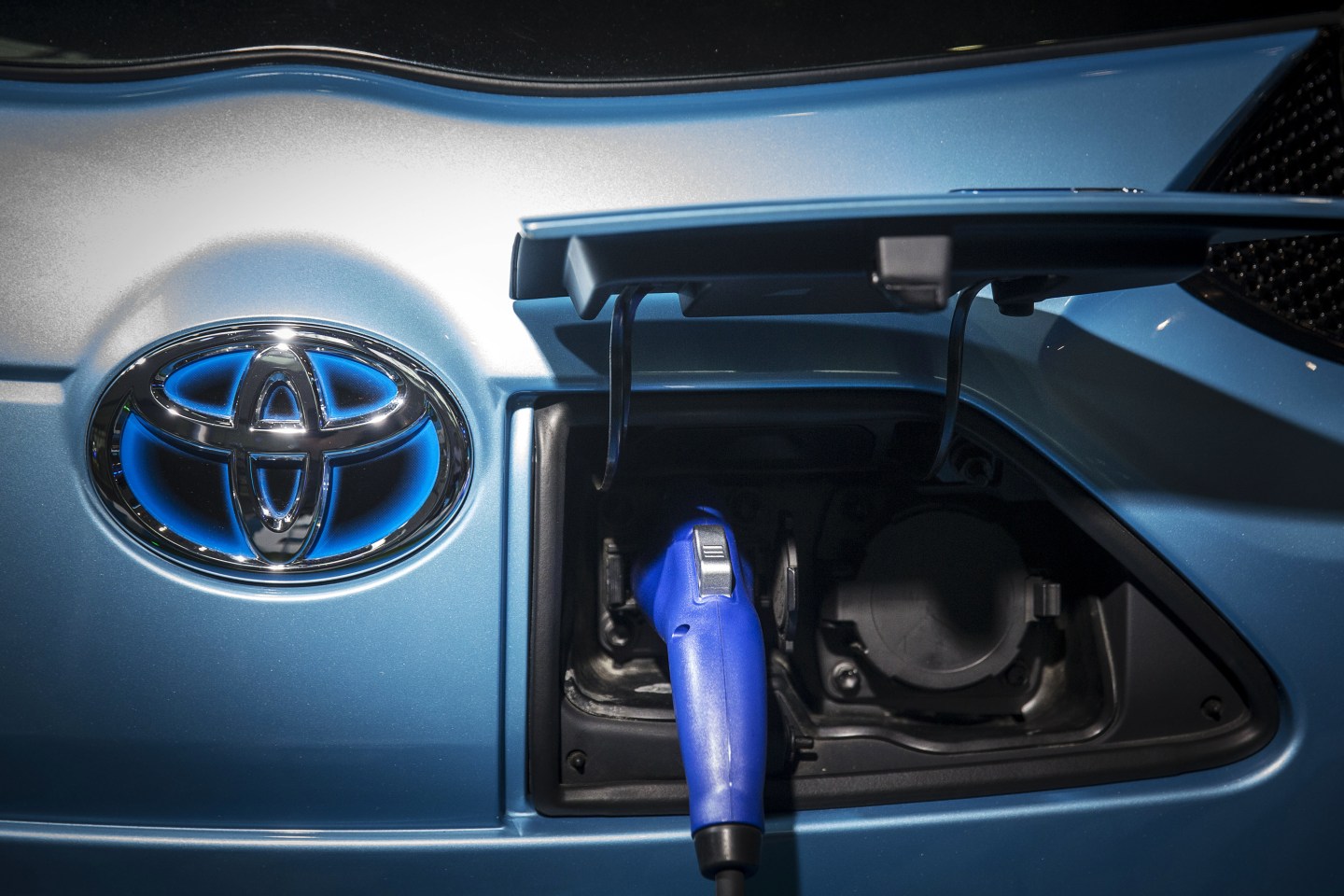 Toyota Motor on Wednesday appointed its president to lead their newly formed electric car division, flagging its commitment to develop a technology that the automaker has been slow to embrace.

The change comes as the United States, China, and European countries are encouraging automakers to make more all-electric battery cars as they push alternative energy strategies.

Akio Toyoda, grandson of the company’s founder Kiichiro Toyoda, has been at the helm of the world’s largest automaker since 2009. He will head the company’s electric vehicle planning department along with Executive Vice Presidents Mitsuhisa Kato and Shigeki Terashi.

“By putting the president and vice presidents in charge of the department, we plan to speed up development of electric cars,” said Toyota spokeswoman Kayo Doi, following a personnel change announcement by the company.

“The president will directly oversee the department’s operations to enable decisions to be made quickly and nimbly.”

Toyota (TM) is also shifting the chief engineer of its Prius petrol-hybrid to its EV efforts, appointing Koji Toyoshima to head the division’s engineering team.

The department comprises a new in-house unit to plan Toyota’s strategy to develop and market electric cars as part of the company’s efforts to keep pace with the tightening global emissions regulations. Toyota announced this month its plans to establish the in-house venture company, which will consist of four people. Each member of this in-house venture company will come from a different Toyota company, including Toyota Industries Corporation, Aisin Seiki Co., Denso Corporation, and Toyota Motor Corp.

Why Toyota and Volkswagen Are Investing In Ride-Sharing Apps

Rivals such as Nissan Motor Co, Volkswagen (VLKAY), and Tesla Motors (TSLA) have touted pure electric cars as the most viable zero-emission vehicles.

However, Toyota until recently said it favored EVs for short-distance commuting given their limited driving range and lengthy charging time. It has been investing heavily in hydrogen fuel-cell vehicles (FCVs), which the company considers as the ultimate “green” car.

Earlier this month, Toyota said it will develop cars with up to 15% greater range and battery life in the next few years.