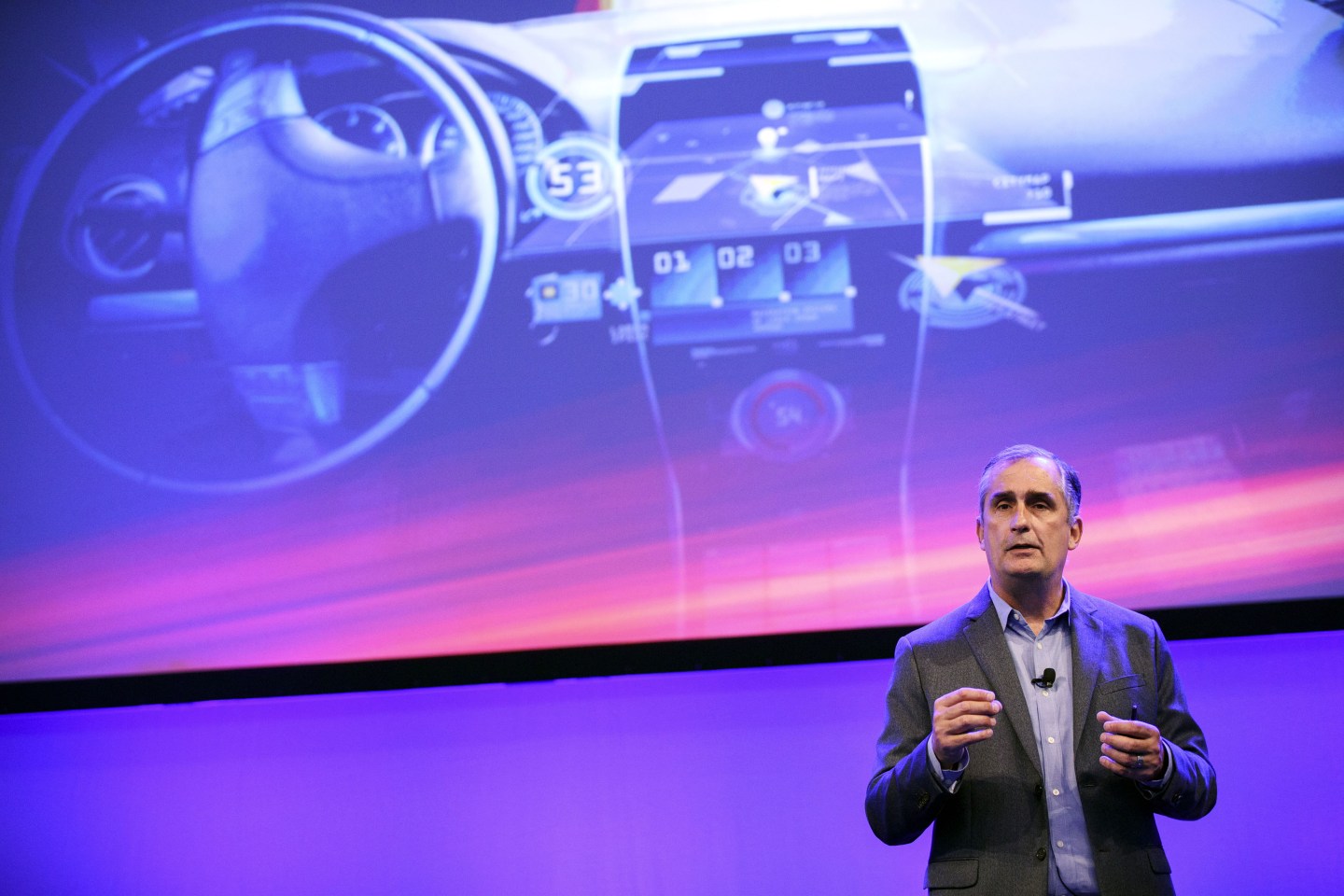 Intel is reorganizing its business and creating a new division dedicated to autonomous driving as the semiconductor giant ramps up its effort to dominate the fast-emerging market.

The world’s largest semiconductor maker announced Tuesday that the new division, called the Automated Driving Group, spun out of its Internet of Things business, an area where Intel has deepened its stake in the past year. Doug Davis, a long-time executive who managed the company’s Internet of Things business, will now lead the Automated Driving Group. Kathy Winter, formerly of Delphi, will be the vice president and general manager of the new division.

Intel also announced that Tom Lantzsch, the former executive vice president of strategy at ARM, will head up the IoT group.

The decision is a bet not just on a future of connected devices; it’s also wager that vehicles will be the centerpiece or at least a core component in the world of IoT. Intel CEO Brian Krzanich has predicted that by 2020, the Internet of Things will include 50 billion devices and each user of those gadgets will generate 1.5 gigabytes of data every day. But, he has said, the average autonomous car will create about 40 gigabytes of data each minute.

That’s a lot of data to process.

This Is Intel’s Future in Tech

The restructuring follows a string of partnerships, acquisitions, and investments in autonomous driving technology, including a tie-up with German automaker BMW and Mobileye to produce self-driving cars for city streets. The companies plan to develop the technology as an open platform that can be used other automakers or ride-sharing companies.

Intel, which has been racing to catch up and surpass other chipmakers in this emerging market, got a boost Tuesday when Delphi and Mobileye announced they will use its “system on chip” for autonomous vehicle systems. Delphi and Mobileye will use the Intel Core i7 processors for now and will later move to a more powerful and unnamed Intel processor to be unveiled in a few weeks, the chipmaker said Tuesday.

Krzanich also announced this month that the company’s venture capital arm will invest $250 million over the next two years into autonomous vehicle technology. Krzanich made the announcement while on stage at AutoMobility LA, the press and trade show event ahead of the 10-day public LA Auto Show. Krzanich, who called data “the new oil” said the investments will focus on connecting devices—aka the Internet of Things—in the transportation sector and handle the deluge of data generated by these devices.

In April, Intel made two acquisitions related to self-driving cars: Yogitech and Arynga. Yogitech is a semiconductor design firm that specializes in adding safety functions to chips used in self-driving cars and other autonomous devices. Arynga, which was acquired by an Intel Wind River Unit, develops software that enables vehicles to received over-the-air updates—a valuable capability used frequently by automaker Tesla to enhance performance and fix security bugs in its all-electric cars. Terms of neither deal were disclosed.

Intel also bought Itseez, a company that specializes in machine vision technology that lets computers see and understand their surroundings. The technology is necessary for an autonomous vehicle, which needs to be able to perceive the world around it.