Elizabeth Warren Is Slamming This Drug Approval Bill as ‘Extortion’ 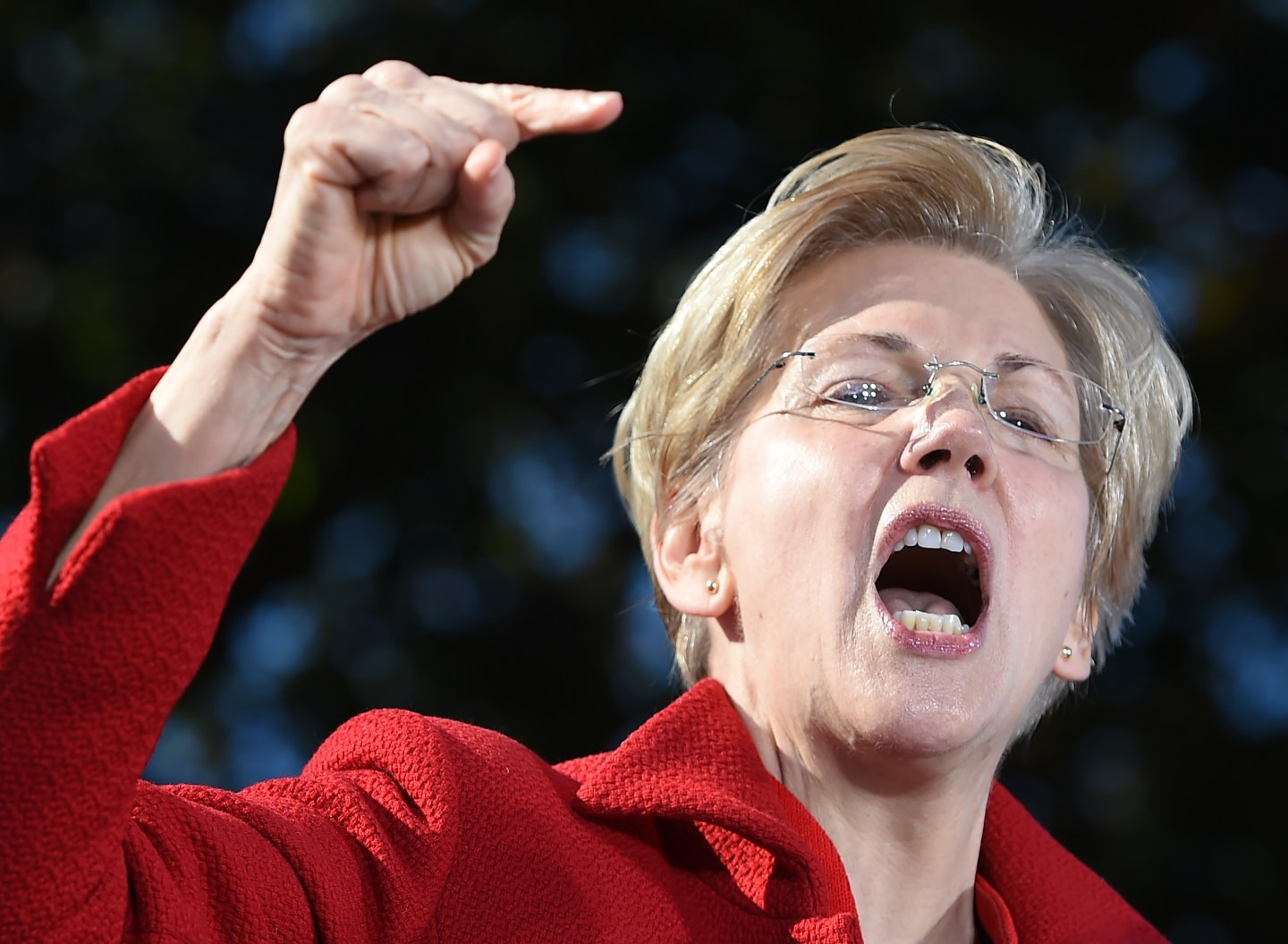 Sen. Elizabeth Warren has delivered a ferocious attack on congressional Republicans and Senate Majority Leader Mitch McConnell over a medical research bill, putting fellow Democrats on the spot by pushing them to oppose a measure she said “is corrupt, and it is very, very dangerous.”

As Congress began the final stretch of its post-election session, Warren said the 996-page measure — a top priority for GOP leaders and backed by the biomedical industry — was riddled with provisions that she called “a bunch of special giveaways” to big pharmaceutical companies.

“They didn’t send us here to whimper, whine or grovel,” she said on the Senate floor about Democrats, using the populist rhetoric that has given her one of her party’s highest profiles. “They sent us here to say no to efforts to sell Congress to the highest bidder.”

All but taunting her own party, Warren, D-Mass., said, “Republicans will control this government, but they cannot hand that control over to big corporations unless Democrats roll over and allow them to do so.”

She said the research bill would “legalize fraud” by reducing the scientific evidence the government needs to approve existing drugs for new uses. She said it would “cover up bribery” by exempting medical companies from publicly reporting some payments they make to doctors.

Those provisions, she said, outweighed the “tiny fig leaf” of additional money the bill provides for biomedical research and combating abuse of addictive opioid drugs.

“I cannot vote for this bill. I will fight it because I know the difference between compromise and extortion,” said Warren, who some mention as a potential 2020 presidential contender.

Warren’s comments came with Democrats in the early stages of decoding their lesson from this month’s elections. Hillary Clinton shockingly lost her White House bid to Republican Donald Trump and Democrats remained in the House and Senate minority, making only small gains in each chamber.

Warren is expected to try tugging her party toward more progressive policies, while some more moderate Democrats are emphasizing the need to appeal to the type of working-class white voters who helped Trump win Midwestern states carried in recent elections by Democrats.

The House plans to vote on the research legislation Wednesday, with Senate consideration expected next week.

The measure calls for spending $6.3 billion over the next decade, including $4.8 billion for research at the National Institutes of Health. There is also $1 billion for grants to states for drug abuse prevention and research, and $500 million for the Food and Drug Administration to accelerate drug and medical device approval processes.

To pay for that, the bill would cut a public health fund in President Barack Obama’s health care law, reduce some payments made by Medicaid and Medicare and sell oil held in the government’s strategic petroleum reserve.

Warren said the bill benefits a Republican donor who backs contentious therapies that are supposed to regenerate cells. She did not name the donor during her speech but said McConnell, R-Ky., has accepted contributions from him.

No. 2 Senate GOP leader John Cornyn of Texas, on the Senate floor as Warren spoke, criticized her for making “a political speech” and launching “personal attacks” on senators and called her comments “beneath the dignity of the United States Senate.”

McConnell said this month that the overall bill is a major priority for Congress’ lame-duck session and singled out its provisions helping regenerative medicine.

A Warren spokesman said later that Warren was referring to an April report by Politico that said separate legislation helping companies get approval for stem-cell treatments was backed by Ed Bosarge, a wealthy Texan. The report said Bosarge has donated to McConnell’s political committee and invested in regenerative medicine.

Top Republicans announced the mammoth research bill last week, more than a year after the House by an overwhelmingly bipartisan margin approved an earlier version.

Most Democrats have not said whether they support the measure, though others also are expected to object to it.

One of the few public objections Monday came from Sen. Charles Grassley, R-Iowa, chairman of the Senate Judiciary Committee. He said he wanted the removal of the provision letting companies not report some payments to doctors, which consumer groups have complained encourages doctors to prescribe those companies’ products.