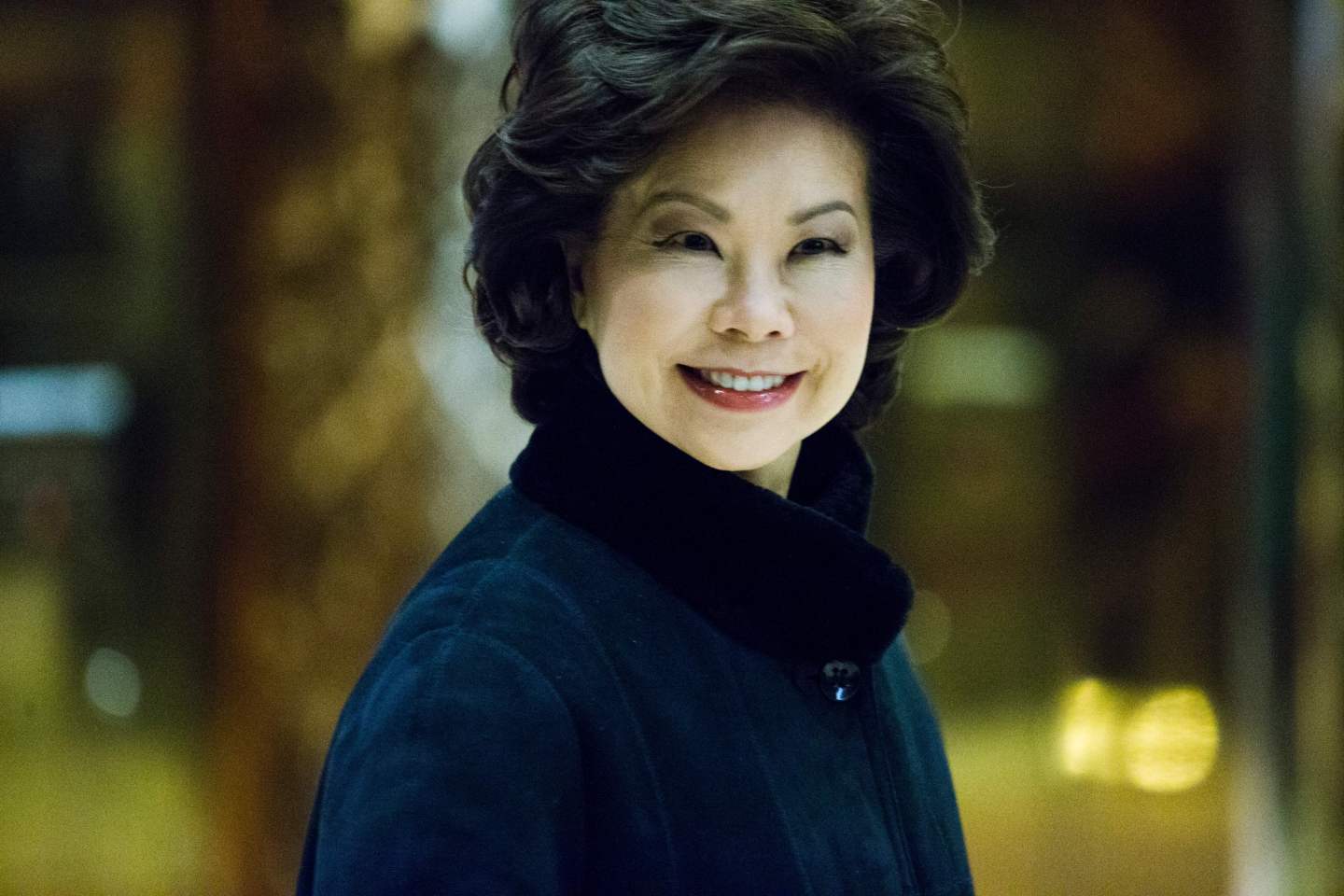 The announcement was expected later in the day, according to the official, who spoke on condition of anonymity because he was not authorized to speak publicly.

Chao, 63, was labor secretary under President George W. Bush and the first Asian American woman to serve in a president’s Cabinet. She also is the wife of Senate Majority Leader Mitch McConnell of Kentucky.

Chao came to the United States from Taiwan with her family at age 8. Her family settled in New York, where her father, James Si-Cheng Chao, became a wealthy shipping magnate.

Chao received her undergraduate degree from Mount Holyoke College and a Master of Business Administration from Harvard. She went on to become head of the Peace Corps and deputy secretary at the Transportation Department. She was head of the United Way of America and worked at a Washington think tank before becoming labor secretary.

As labor secretary, her job was to protect the nation’s workforce, including setting safety standards and addressing issues related to wages and retirement. She updated overtime regulations for “white-collar” workers and rules intended to force unions to disclose more details on their financial condition to members.

In 2013—20 years after Chao and McConnell married—McConnell’s financial disclosure reports indicated he and Chao were worth as much as $37 million because of her inheritance. A year prior, her family donated $40 million to Harvard Business School, where Chao and three of her sisters attended.

Chao’s ethnicity has made her a target by McConnell’s political foes in Kentucky. In 2001, former Kentucky Democratic Party chairwoman Nikki Patton said McConnell “passed up some good Kentucky pork to chow down at the Chinese money buffet.” In 2013, a progressive group alleged that Chao helped McConnell move jobs from Kentucky to China.

“Elaine Chao is just as much an American as any of the rest of them,” he told Republican supporters at a dinner in 2013. “In fact, she had to go through a lot more to become American.”

Chao had been on the board of directors for Bloomberg Philanthropies, run by former New York City Mayor Michael Bloomberg. She resigned last year after learning the organization planned to expand an environmental initiative to shutter coal-fired power plants. Almost 90 percent of Kentucky’s electricity comes from coal, and her ties to the organization were used against McConnell in his Senate rate.