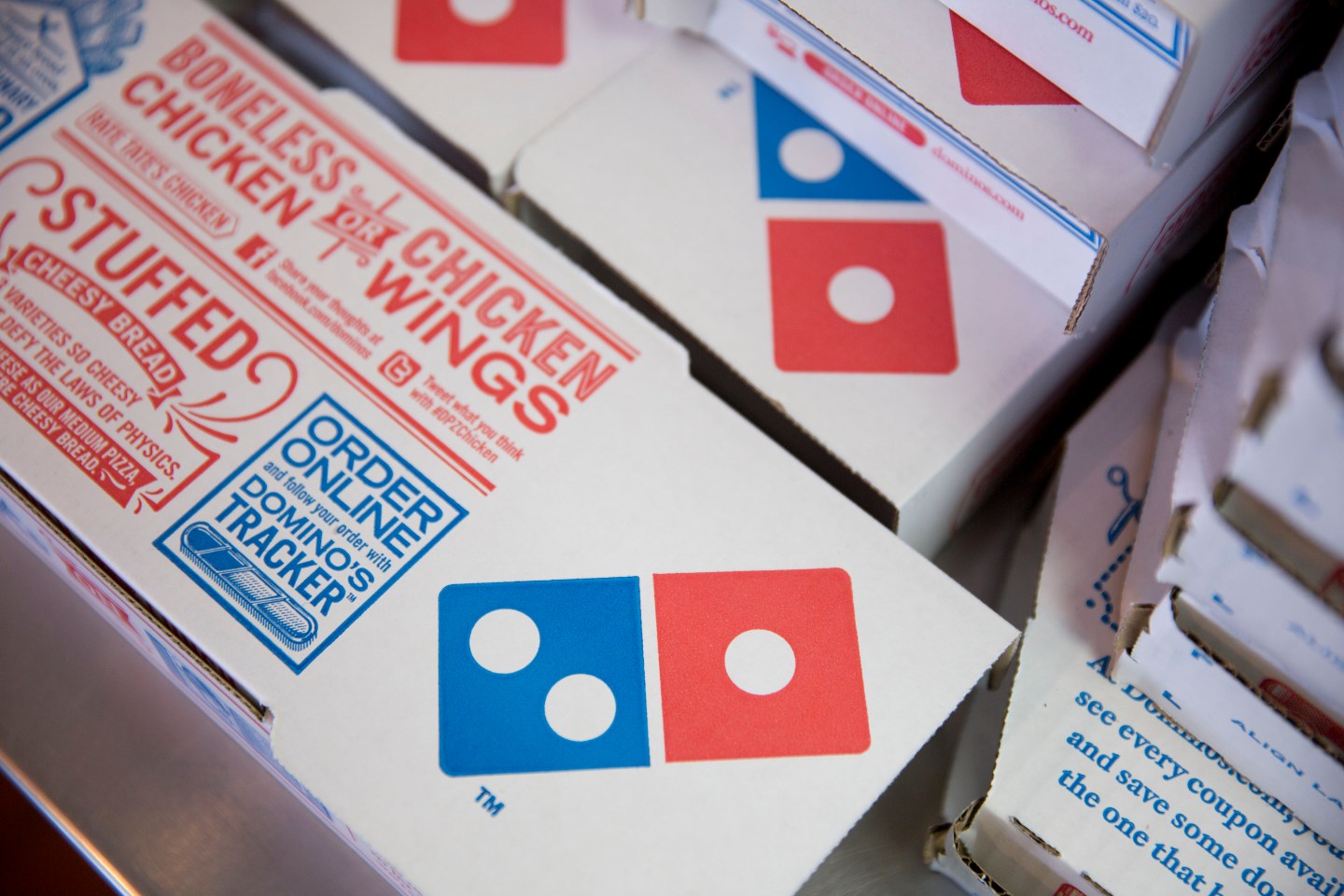 Santa’s reindeer may have a new gig this holiday season.

As it braces for a severely cold winter, Domino’s Pizza (DPZ) Japan is training reindeer to deliver pizza, according to a press release. Customers would even be able to track their delivery via a GPS app on their smartphone, using a cartoon reindeer to indicate the location of the delivery-deer. See for yourself in the video below:

Domino’s is still working out the kinks of its new delivery method. The first attempt involved attaching pizza boxes to the reindeer’s back, but those quickly fell off. The second attempt reverted back to tradition: Reindeers pulling pizza in a red sleigh.

The company plans to update its website with a progress report by Dec. 1.