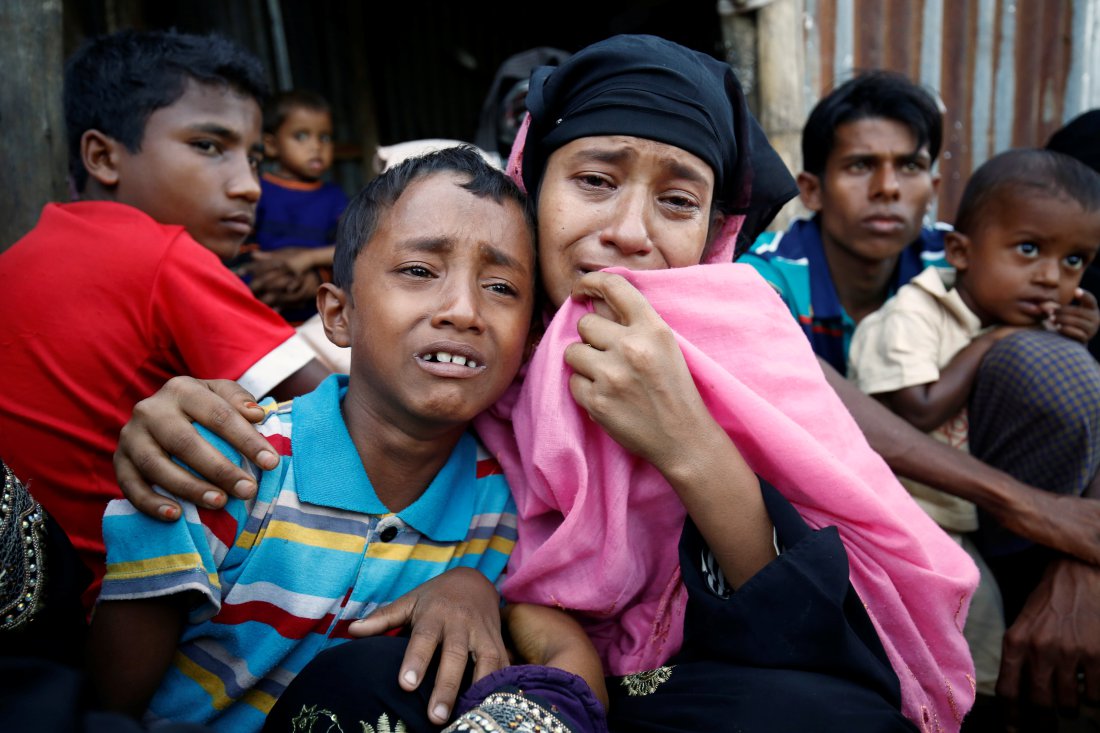 Burmese authorities are carrying out a campaign of ethnic cleansing against the Rohingya Muslim minority in the country’s western Arakan state, a senior U.N. official said, as the military continues to sweep the area for what it has labeled Islamic militants.

The BBC reports that John McKissick, a representative of the U.N. refugee agency, UNHCR, said Burmese troops have been “killing men, shooting them, slaughtering children, raping women, burning and looting houses, forcing these people to cross the river” into neighboring Bangladesh.

Thousands of Rohingya have already sought refuge in Bangladesh, the BBC cited the country’s Foreign Ministry as saying. Thousands more are reportedly turning up at the border hoping to escape. Bangladesh does not view the Rohingya as refugees, and its official policy is to not allow them in.

The Rohingya are denied citizenship in Burma, officially called Myanmar, and are viewed by many as illegal immigrants from Bangladesh, which also does not accept them. The group, numbering about 1.1 million people, is viewed as one of the world’s most persecuted minorities. Tens of thousands have poured across the border for decades to seek refuge in one of several refugee camps near Cox’s Bazaar.

“Now it’s very difficult for the Bangladeshi government to say the border is open because this would further encourage the government of Myanmar to continue the atrocities and push them out until they have achieved their ultimate goal of ethnic cleansing of the Muslim minority in Myanmar,” McKissick told the BBC.

According to Amnesty International, the Bangladeshi government has begun forcibly repatriating the asylum seekers by the thousands, in defiance of international law.

UNHCR and Amnesty have accused the Burmese government of “collective punishment,” as the Burmese military carries out counterterrorism operations in the remote and conflict-torn state.

Parts of northern Arakan, also known as Rakhine, have been on military lockdown since Oct. 9, when nine border police guards were killed in what appear to have been coordinated attacks on three security posts. The government said the assailants were Islamic militants, and began its search for what it said were hundreds of Rohingya jihadists.

Humanitarian aid workers and independent journalists have been barred from the area since the start of the lockdown. More than 150,000 people who normally receive life-saving assistance have received no food or medical aid for more than six weeks. Over 3,000 children diagnosed with severe acute malnutrition have not received treatment; as many as half of them are at serious risk of death.

Reports of atrocities have surfaced over the past few weeks. Reuters reported that dozens of women claim to have been raped by Burmese soldiers, and Human Rights Watch this week revealed satellite images that appear to show more than 1,200 buildings that had been burned to the ground. More than 100 people have been killed and hundreds of others detained by the army, which has admitted to using helicopter strikes against alleged lightly armed suspects.

The Burmese government vehemently denies all allegations of wrongdoing. Presidential spokesman Zaw Htay told the BBC that he was “very, very disappointed” by the remarks made by McKissick, saying he should “only speak based on concrete and strong evidence on the ground.” That would be an impossible task given the complete lack of access to the area.

For more on Muslims, watch:

The U.N. and the U.S. have called for an independent investigation into allegations of abuse.

The past six weeks have been the deadliest in the state since riots between Buddhists and Muslims killed more than 100 in 2012, most of them Rohingya. About 100,000 are still confined to squalid displacement camps where they are denied movement, education and healthcare.

The government’s de facto leader, Nobel Peace Prize laureate Aung San Suu Kyi, has made few public remarks on the crisis. While human-rights advocates have criticized her silence, political analysts say the issue has exposed the limits of her power; the military still controls the key Ministries of Home Affairs, Border Affairs and Defense.

Her party took power in April after winning elections last year, bringing an end to decades of military rule. Recent events in Arakan state, as well as renewed conflict in the country’s east between the Burmese army and ethnic rebels, have led many to question who is ultimately in control.