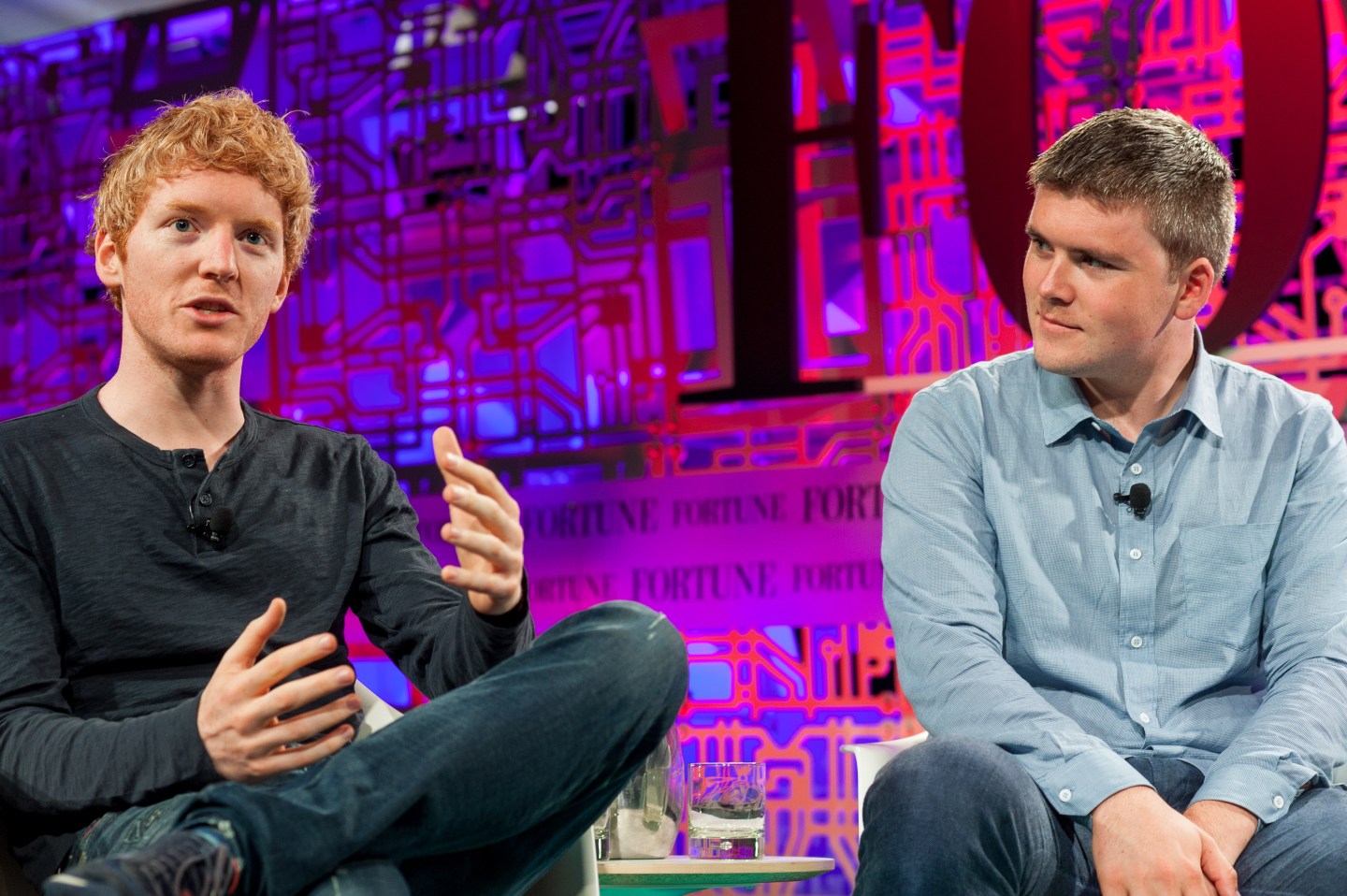 Silicon Valley payments company Stripe has nearly doubled its valuation to a staggering $9 billion after a new $150 million funding round. That’s up from a $5 billion valuation in a funding round completed in July, 2015.

The round, which was first reported by the Wall Street Journal, was led by Google-owner Alphabet’s (GOOG) venture capital firm CapitalG, along with existing investor General Catalyst. Previous investor Sequoia Capital also participated. Financial giants American Express (AXP) and Visa (V) have also backed the company in past funding rounds. This latest round brings Stripe’s total funding to $460 million.

Founded by brothers Patrick and John Collison, Stripe helps businesses accept nearly all forms of digital payments online. Its service has gained considerable traction among developers and companies like Lyft and Instacart, and has helped push the company into the top tier of startups, known as unicorns, which are valued at $1 billion or more.

However, an increasing number of these unicorns have had trouble raising money and increasing these lofty valuations. But Stripe may be the exception to this trend, as investors are betting that the company could be a major rival to existing payments giant PayPal (PYPL).

Stripe has increasingly partnered with Fortune 500 corporations to help process their payments. Last year, Stripe partnered with American Express to let merchants accept payments on their sites through the credit card company’s digital wallet. Stripe also inked a deal with Ant Financial’s Alipay, China’s largest digital wallet, so that online retailers can accept payments from shoppers in China. In addition, Stripe powers payments made through Buy buttons for Pinterest, Facebook and Twitter (TWTR).

Other well-known users include SAP, Macy’s, Bloomingdale’s, GE, Adidas, Docusign, Slack, Medium, the NFL, Yelp, NASDAQ, and both the Hillary Clinton and Trump presidential campaigns. In fact, half of U.S. internet users have purchased something from a Stripe user in the past year.

Stripe will use the new funding to create more tools for its business customers, for international expansion, and for possible acquisitions or investments.