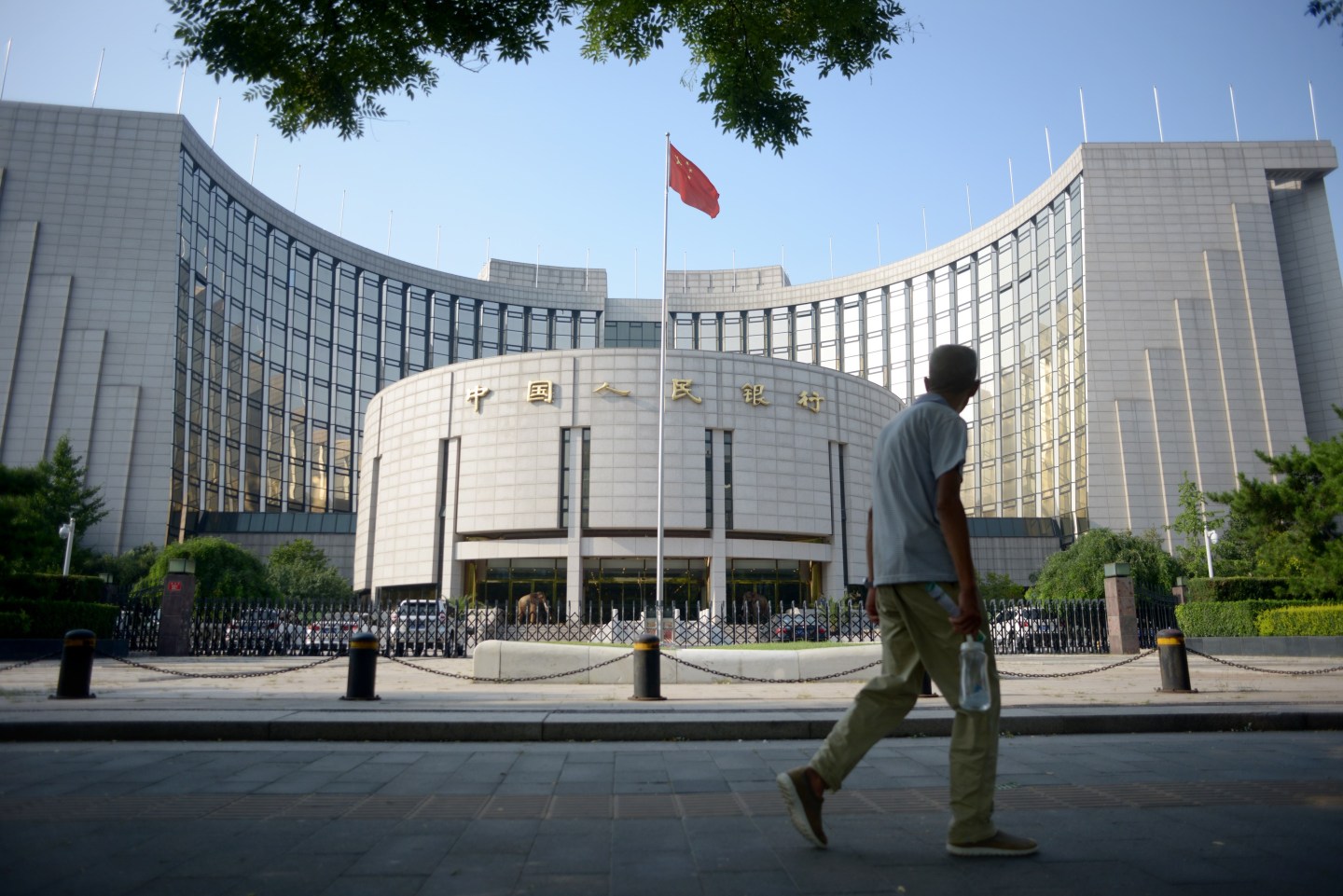 An elderly man walks past The People's Bank of China in Beijing on August 12, 2015. China has cut the value of the yuan against the dollar by 3.5 percent over the past two days after slashing the reference rate again on August 12, sending a new shockwave through global financial markets and raising worries over its economy. AFP PHOTO / WANG ZHAO (Photo credit should read WANG ZHAO/AFP/Getty Images)
WANG ZHAO/ AFP/ Getty Images

China’s central bank has urged commercial banks in Shanghai to guard against money outflows via the Shanghai Free Trade Zone (FTZ) disguised as foreign investment, two sources with knowledge of the instructions said on Friday.

The Shanghai headquarters of the People’s Bank of China asked for particular vigilance against money originating in other provinces or cities in China that flowed into the FTZ en route abroad, the banking industry sources said.

The guidance from the PBOC’s was the latest in a string of measures to stem surging capital outflows as the yuan currency plumbs 8-1/2 year lows against the surging U.S. dollar.

“The central bank has urged lenders to strengthen due diligence to prevent capital outflows disguised as outbound investment,” said one source, who declined to be identified because he was not authorized to speak publicly about the matter.

The Shanghai headquarters of the PBOC did not have an immediate comment.

On Wednesday it said it would crack down on capital flight and closely monitor abnormal capital flows through the FTZ.

In a report on Tuesday, Capital Economics estimated that capital outflows last month were the largest since January, and posed a threat to China’s exchange rate regime.

The Shanghai FTZ was launched in 2013 to promote international trade and cross-border investment, but three years later the city government is trying to balance efforts to accelerate financial reforms in the zone while preventing capital outflows.

While Beijing has been busily damming up official channels for money to leave China, more than ever is leaking out through shady means as investors flee the country’s slowing economy and weakening currency, financial industry executives say.