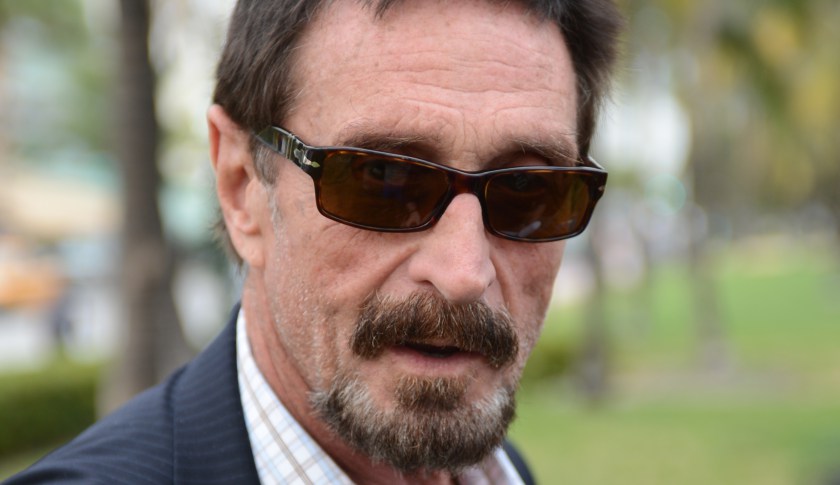 The epic and unpredictable adventures of John McAfee have taken their most startling turn yet: He’s accepted a job working for someone else.

Toronto-based Equibit Development Corporation said in a press release today that McAfee has been hired as the company’s chief security officer. In a somewhat unusual arrangement, however, McAfee will be reporting to the board and not the CEO.

“We’re honored and thrilled to be working with John McAfee,” said Equibit CEO Chris Horlacher in a statement. “With his input and ongoing guidance, EDC will continue to set the security standard for blockchain services. We share his unwavering commitment to IT security and, with his help, will continue to push the boundaries of what’s possible in this industry.”

Equibit is a security service for safely issuing shares in companies and protecting trades from hacks, using decentralized blockchain technology. The platform will also handle other shareholder services, like voting and registering new stock owners.

“Equibit Development Corporation has positioned itself to become a major player in the blockchain development field focused on the financial sector,” said McAfee in a statement.“With my guidance and advice, I anticipate the company to experience stellar growth and achievements.”

In recent years, McAfee has led a somewhat colorful existence, as chronicled in numerous news stories. He fled Belize after it appeared he was being investigated in connection with a murder several years ago. No charges were ever brought, and the case appears to have been put to rest. He’s also not been shy about discussing his decadent, gun-toting life in Central America with journalists.

Last year, he became a presidential candidate for the Libertarian Party but lost the nomination to Gary Johnson.

He also continued his work in tech, launching a company called QuorumEx in 2010 to develop new types of antibiotics. In 2013, he started Future Tense Central, to create “D-Central,” a security network device. That was followed by Cognizant in 2014, an app that helps smartphone users understand what permissions they’ve granted to other apps. And, in addition to running an incubator, he still currently holds the title CEO and executive chairman of an investment fund called John McAfee Global Technologies.