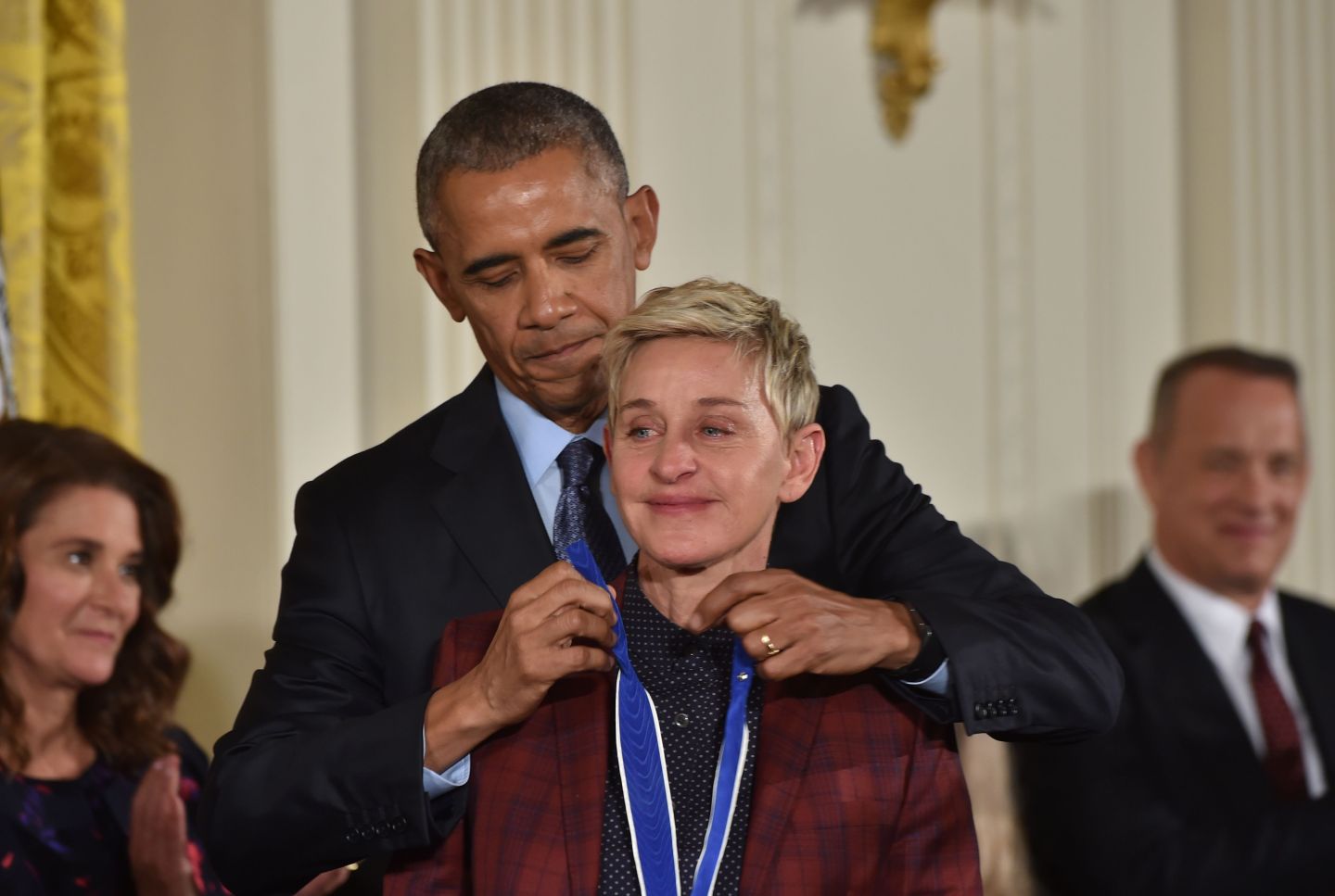 President Barack Obama just reminded us why Ellen DeGeneres is such an icon.

On Tuesday night, the president awarded 21 Americans the Presidential Medal of Freedom, the country’s highest civilian honor. Among the recipients were artists, athletes, and scientists whom Obama said were people who “helped make him who [he is].”

While there were quite a few big names on the White House stage—Tom Hanks, Robert De Niro, Diana Ross, and Michael Jordan all received the award—the most buzzed-about speech by far was the one the commander-in-chief delivered in honor of television host and LGBT activist Ellen DeGeneres.

“It’s easy to forget now, when we’ve come so far, where now marriage is equal under the law, just how much courage was required for Ellen to come out on the most public of stages almost 20 years ago. Just how important it was not just for the LGBT community, but for all us to see somebody so full of kindness and light—somebody we liked so much, somebody who could be our neighbor or our colleague or our sister—challenge our own assumptions, remind us that we have more in common than we realize, push our country in the direction of justice. What an incredible burden it was to bear, to risk your career like that. People don’t do that very often.”

Toward the end of his speech, Obama made a DeGeneres-like joke about her being a strong tortilla chip so that she could support all the guacamole. He said he didn’t quite understand the parallel, but felt he had to lighten the mood in the room because he was getting “choked up.”

As Obama fastened the medal around DeGeneres’ neck, an MC said the actor and comedian “has shown us that a single individual can make the world a more fun, more open, more loving place so long as we just keep swimming.”