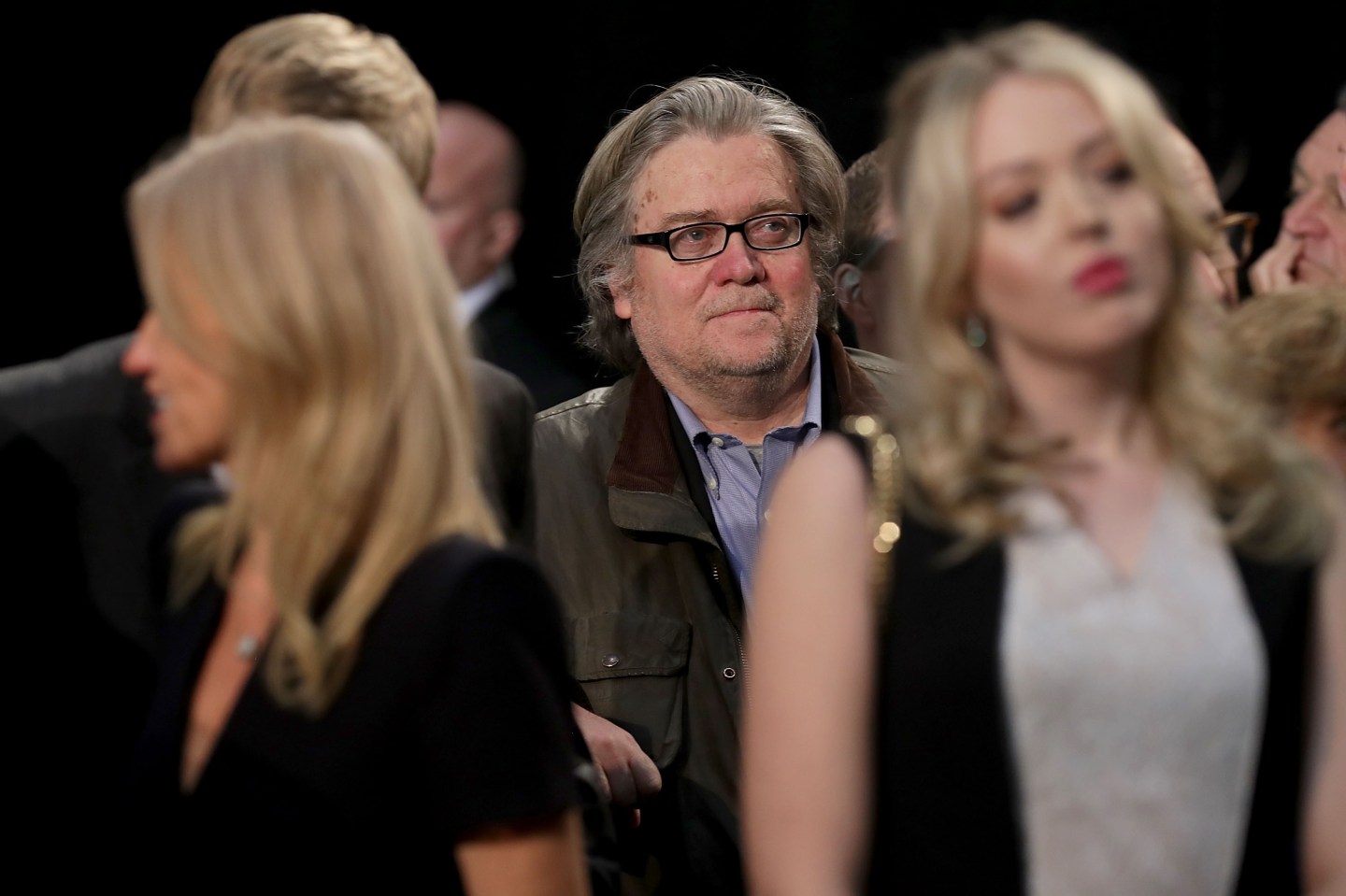 Breitbart News, the outlet once led by U.S. President-elect Donald Trump’s chief strategist, has been blocked by one of the largest advertising networks serving digital publishers due to hate speech.

AppNexus deactivated Breitbart News after an audit of the site’s content determined that it violates the advertising network’s code of conduct banning hate speech, spokesman Joshua Zeitz said on Tuesday.

Breitbart Chief Executive Officer Larry Solov said the company “always and continues to condemn racism and bigotry in any form,” in an email statement.

The ban comes as the alt-right movement, which includes neo-Nazis, white supremacists and anti-Semites, are being emboldened by Trump winning the White House.

Trump on Tuesday condemned the alt-right in a New York Times interview.

Trump’s appointment of Bannon was denounced by civil rights organizations and minority groups including the Southern Poverty Law Center, the Anti-Defamation League and the Council on American Islamic Relations.

Advertising companies like AppNexus sell digital ad campaigns to advertisers and then place the ads on sites that are part of the network. The company has secured deals with publishers including Foursquare, Groupon (GRPN) and Nasdaq (NDAQ).

Zeitz said the AppNexus move was apolitical and the domain can be reactivated once the content in question is addressed.

“We have no interest in turning off sites because of ideology. That’s not what this is about. This is about specific content that violates the hate speech code,” he said.

Breitbart has used racial slurs and derogatory terms related to sexual orientation on its site that AppNexus feared could incite violence against those groups.

While the step could reduce demand for Breitbart ad inventory and thus cost the site money, AppNexus competitors such as DataXu and OpenX Software offer comparable services, according to tech market research firm CB Insights.

The ban was first reported by Bloomberg News.