Donald Trump’s Pledge to Withdraw U.S. from TPP Opens the Door for China 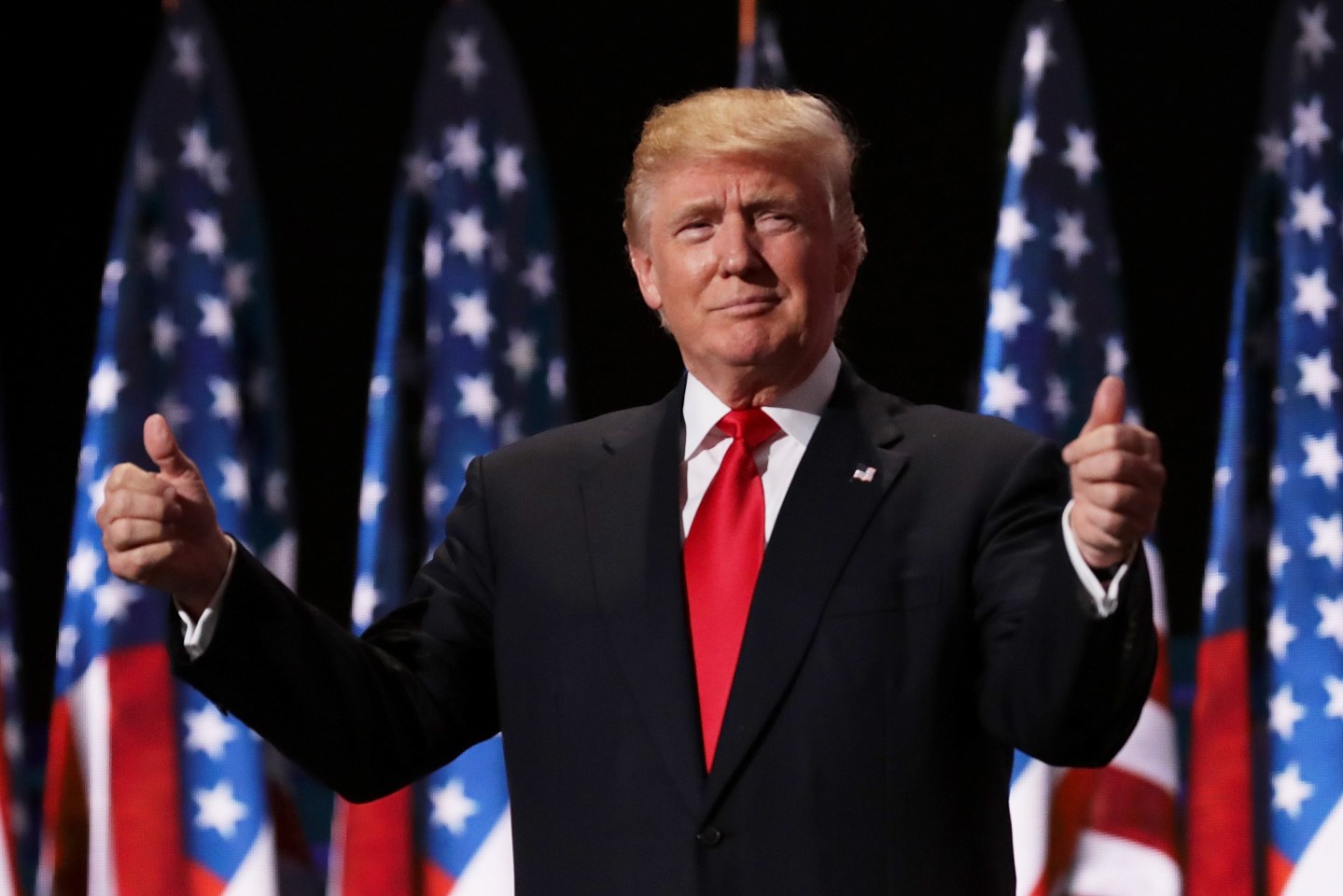 As a former-reality TV star who sent more than 7,000 tweets over his campaign, it was somewhat fitting that U.S. President-elect Donald Trump took to social media Monday to outline the plan for his administration’s first 100 days.

And there was clear showmanship to his pledge, made during that two-and-a-half minute YouTube video, to withdraw from the Trans-Pacific Partnership (TPP) free trade deal on his “first day” in office — remarks that provoked consternation among economists while presenting opportunities to rival superpower China.

The TPP, which was signed in 2015 between a dozen countries that comprise 40% of the global economy but has yet to be ratified, was “a potential disaster for our country,” said Trump, adding that he would instead “negotiate fair bilateral trade deals that bring jobs and industry onto American shores.”

Trump’s remarks will be especially disappointing for Japanese Prime Minister Shinzo Abe, who last week become the first foreign leader to sit down with the President-elect during a 90-minute meeting in New York. Just hours before Trump’s YouTube clip Abe warned that TPP would be “meaningless” without the U.S.

Economists were also downbeat about Trump’s announcement. Simon Rabinovitch, Asia economics editor at the Economist, told the BBC that “though Trump has called it a horrible deal, [TPP] was actually very good for the U.S.” Deborah Elms, executive director at the Asian Trade Center, said the decision was “very depressing news” and “means the end of U.S. leadership on trade and the passing of the baton to Asia.”

That baton would be gleefully received by China, which was never a TPP signatory. Beijing instead advocates the rival Regional Comprehensive Economic Partnership (RCEP) trade pact, which includes Australia, New Zealand, China, Japan and 12 other Asian countries — but not the U.S.

While RCEP is essentially an extension of free trade under existing parameters, TPP included a raft of regulations that stood to bolster U.S. competitiveness. Proponents of the deal claimed it would enhance labor rights, install minimum wages, put state-owned enterprises and foreign and domestic private companies on an even keel, allow the free transfer of information and safeguard intellectual property rights.

The risk is that protectionist policies under Trump will allow China to supplant the U.S. as a key market, given the overall trend of ascendant Asian economies is for more free trade rather than less.

That said, economists in China were more confident than their peers elsewhere. “Trump’s isolationism is a challenge and opportunity for China and Chinese companies,” says Zhang Yansheng, chief researcher for the Institute for International Economics Research at China’s National Development and Reform Commission. “Maybe under the new economic polices issued by Trump, more Chinese companies will enter American market.”

Certainly, the end of TPP sounds the death knell for outgoing President Barack Obama’s “pivot” or “rebalancing” to Asia. TPP was to be the economic element to a strategy to counter China’s rise through enhanced military, political and economic cooperation with regional allies.

Speaking at a meeting of the APEC bloc in Lima, Peru, on Sunday, Chinese President Xi Jinping emphasized the need “to continue our involvement in economic globalization … bringing about an Asia-Pacific economy with greater openness.”

But the question remains over how far Trump’s protectionism goes, with the Republican’s stump pledge to impose 45% trade tariffs on Chinese goods raising the potential of U.S. trade wars with the world’s second largest economy.

Zhang Yansheng, chief researcher for the Institute for International Economics Research at China’s National Development and Reform Commission, says that the 45% tariff is unlikely because the U.S. has a trade surplus with so many countries.

“If Trump charges 45% on Chinese goods, what about the tariff for European countries, for Russia, and for Japan?” asks Zhang. “I don’t think Trump would do it. [And] of course, China would fight back. The world would be in chaos.”