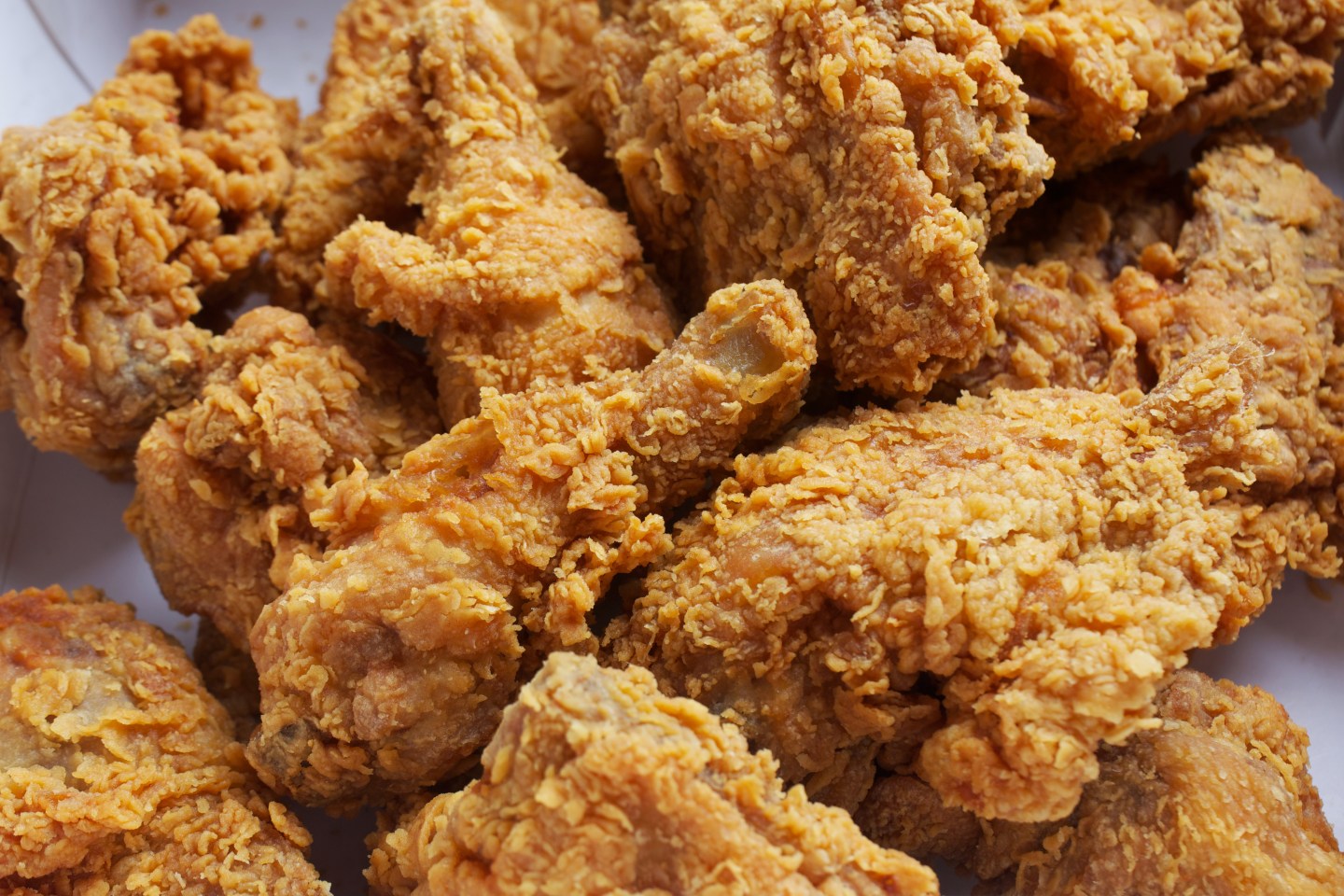 Authorities are investigating a Shanghai-based fried chicken chain for possible violations of social order over its sexually suggestive name – “Call a Chick” – and menu items, the Shanghai Daily reported on Tuesday.

Chick, or chicken, is slang for prostitute in Chinese. The newspaper said the restaurant offered menu items that included “virgin chick” (spring chicken) and “chick’s sex partner” (beverages), among others.

It also ran a suggestive promotion slogan titled “Satisfying all your expectations over chicks.”

The newspaper said Call a Chick first came under fire in the western province of Sichuan when a woman complained to the media after her 8-year-old son kept asking her its meaning.

The Shanghai Industrial and Commercial Administrative Bureau said it had launched an investigation, the newspaper said.

“The content involved could violate social order,” it quoted Li Hua, deputy director of the advertisement department of the bureau, as saying.

Laws ban advertisements that undermine public order or violate ethical standards. Offenders can face fines of up to 1 million yuan ($145,135) and have their business license revoked, the Shanghai Daily said.

For more on investigations in China, watch Fortune’s video:

The company explained in a microblog posting at the weekend that it had been targeting 18-28-year-olds. It acknowledged that its market had changed and that the language in its marketing and menu were no longer appropriate and had been fixed.

It also apologized to the woman in Chengdu and any other customers who found the language “ill-suited.”