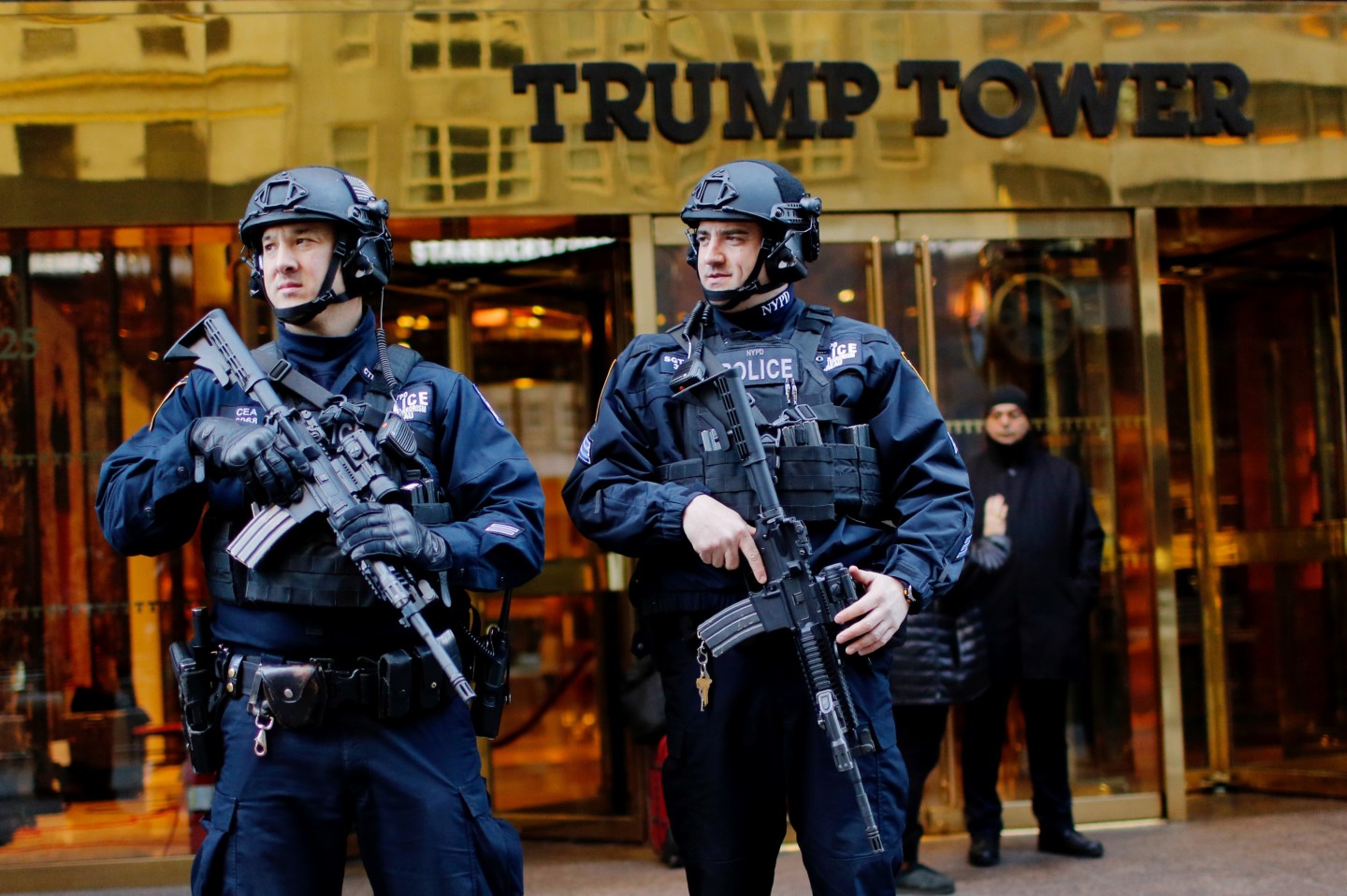 The expenses come as city police have been assigned to Trump, his adult children and his grandchildren, who all live in New York and can receive Secret Service protection, NYPD deputy commissioner of intelligence and counterterrorism John Miller told WCBS on Monday.

The steep costs are not expected to dip very much once Trump is inaugurated because his wife, Melania Trump, and their 10-year-old son, Barron, are not moving to the White House, at least until Barron is done with school, CNN Money reported. Trump has also said he plans to frequently return to New York.

NYPD officers are protecting Trump and his family through security posts around Trump Tower and by assisting Secret Service at screening checkpoints.

For more on the impact of Donald Trump’s election win, watch Fortune’s video:

“This is a very substantial undertaking. It will take substantial resources,” New York Mayor Bill de Blasio told reporters on Friday. “We will begin the conversation with federal government shortly on reimbursement for the NYPD for some of the costs that we are incurring.”

This article originally appeared on time.com