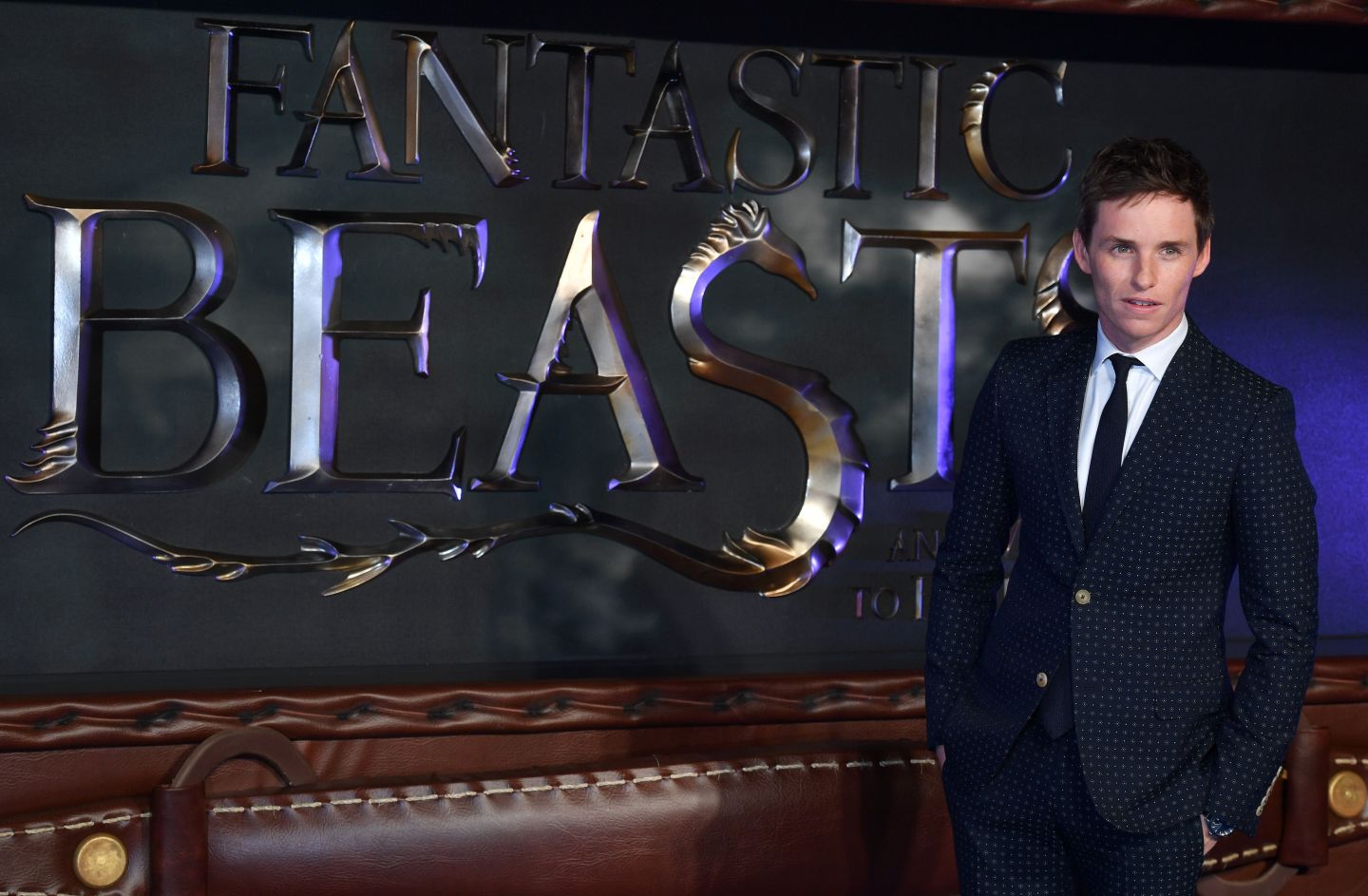 Fantastic Beasts and Where to Find Them dominated the weekend box office, debuting to a boisterous $75 million and launching a new cinematic franchise.

It confirms Warner Bros.’ high hopes for the property and its decision to back five installments in the fantasy series. Fantastic Beasts is a spinoff of the Harry Potter films, but instead of Hogwarts, it unfolds in 1920s New York City and features an entirely new cast of wizards and mythical creatures.

The studio spent $180 million to make the picture, enlisting Harry Potter creator J.K. Rowling to write the screenplay and bringing back David Yates, the director of several previous boy wizard outings. Eddie Redmayne stars as Newt Scamander, a textbook writer and collector of the titular beasts.

“This is dead on what we were looking for,” said Jeff Goldstein, president of domestic distribution at Warner Bros. “Jo Rowling brilliantly told a story that inspired her fanbase to come out in a big way.”

It was a softer opening than any of the previous Potter films, but Warner Bros. argues that comparisons aren’t fair. Those movies were based on global best-sellers, whereas Fantastic Beasts is largely an original work.

“It’s not the same,” said Goldstein. “It’s apples and kumquats.”

Audiences may have embraced the return to Potter-dom, but they gave the cold shoulder to several new films, among them the boxing drama Bleed for This and the Iraq War drama Billy Lynn’s Long Halftime Walk. Both pictures bombed, with Bleed for This eking out $2.4 million and Billy Lynn’s mustering $930,000 after expanding from four to 1,176 theaters. It has earned $1.1 million since opening in limited release a week ago, a disastrous result for a film that was expected to be a major Oscar contender.

Open Road is distributing Bleed for This, which chronicles Vinny Pazienza’s efforts to get back into the ring after a car accident. It has a $6 million budget, which cushions the box office blow.

Sony (SNE) is backing Billy Lynn’s along with Bona Film Group, Film4, and Studio 8. The $40 million is a technological gamble. Ang Lee shot the picture so it could be exhibited at 120 frames per second in 3D at 4K HD resolution in order to achieve greater clarity and realism. Critics have been divided about the look of the picture, with some faulting it for looking too much like a telenovela. It’s something of a moot point, as only a handful of theaters have the ability to exhibit the film at the higher speeds.

STX’s Edge of Seventeen didn’t fare much better than the other struggling new releases. The teen dramedy with Hailee Steinfeld only managed to pull in $4.8 million for a seventh place finish. Heading into the weekend, it was expected to gross $10 million. The film is one of the year’s best-reviewed comedies. It centers on a high school girl grappling with the fact that her best friend is dating her brother. Edge of Seventeen cost $9 million to make, and was positioned as counter-programming for women between the ages of 17 and 39.

“I wish to god it had started better,” said Adam Fogelson, STX Entertainment Motion Picture Group chairman. “We hope that the love the critics have shown for it, and that audiences have for it, leads to it being seen now and going forward.”

The failures of Edge of Seventeen, Bleed for This, and Billy Lynn’s are signs of the difficulties that adult dramas and comedies face when they compete against big franchise films.

“A lot of these great little films are going the way of Netflix,” said Jeff Bock, an analyst with Exhibitor Relations. “The audience is not there anymore and they’re withering on the vine.”

Paramount’s Arrival, a science-fiction thriller with Amy Adams, nabbed fourth place, picking up $11.8 million to bring its stateside gross to $43.4 million. Universal’s Almost Christmas rounded out the top five, picking up $7 million to push its domestic total to $25.4 million.

In limited release, Manchester by the Sea capitalized on glowing reviews and Oscar heat to open to $241,230 with a robust $60,308 per-screen average. Amazon (AMZN) bought the film out of Sundance for $10 million and is releasing it in conjunction with Roadside Attractions. Casey Affleck stars as a janitor trying to come to terms with a personal tragedy.

Weekend ticket sales were down more than 10% year-over-year, owing to a difficult comparison to The Hunger Games: Mockingjay—Part 2, which opened to $102.7 million during the same period in 2015.

Many analysts expect a rebound. Next week brings the Thanksgiving holiday, which is traditionally one of the busiest periods for movie-going, and Disney (DIS) is debuting Moana.

“We can handle one down weekend,” said Paul Dergarabedian, senior media analyst at comScore. “Next week could be one of the biggest Thanksgivings ever.”