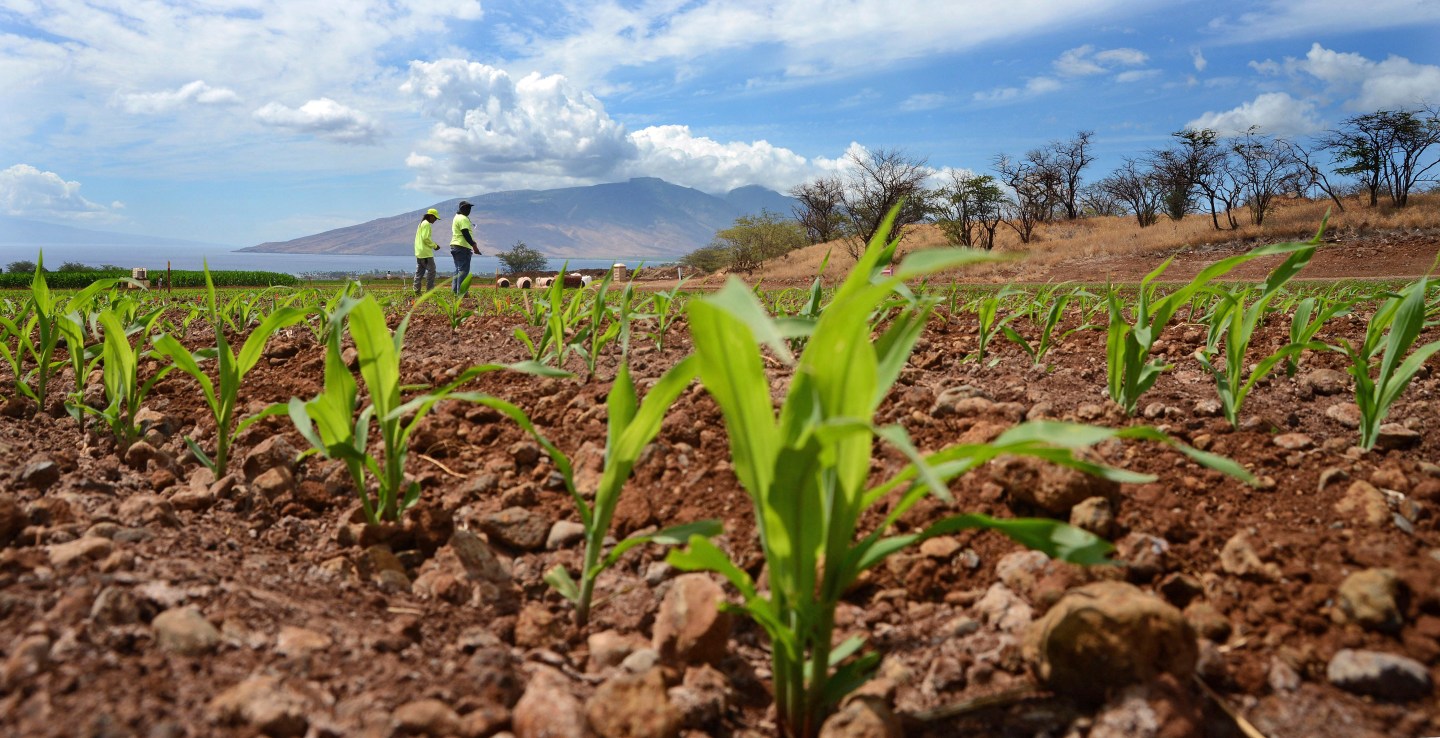 A federal judge has ruled that three Hawaii counties can’t enact their own bans or regulations on genetically modified crops and pesticides, handing a victory to the major agriculture companies that fought the regulations.

The cases stemmed from a decision by Maui voters to ban the cultivation and testing of genetically modified crops in 2014 and related movements on other Hawaiian islands.

But the court held that the county laws are pre-empted by state laws that regulate potentially harmful plants.

An On-Demand Service for Honey Bees? Best Bees Has Thought of That

“This is good news for local agriculture in Hawaii, as it clears up potential confusion over who has jurisdiction in regulating agricultural operations, leaving that responsibility with the appropriate government agencies,” said Bennette Misalucha, executive director of the Hawaii Crop Improvement Association, in an emailed statement. The association’s members include major agriculture companies Dow AgroSciences, DuPont Pioneer, Monsanto and Syngenta, which fought the regulations.

“We will continue to stand and fight with the people of Hawaii against these chemical companies, and part of that is going to be demanding action at the state level to protect the people and the environment,” said George Kimbrell, senior attorney for the Center For Food Safety, which pushed for the bans. “We’re considering all legal options, including appeal.”

Monsanto, which farms genetically engineered seeds to be used by farmers around the world, was part of a group that fought the Maui GMO ban. Monsanto Hawaii employs approximately 1,000 people on Maui, Molokai and Oahu, Dan Clegg, Hawaii business operations lead for Monsanto, in an emailed statement.

“We’re listening and we’ve heard the concerns some people have about GMOs and today’s farming practices,” Clegg said. “Our commitment to ongoing dialogue with our neighbors doesn’t stop today.”

For more on GMOs, watch:

Those who pushed for increased regulation of pesticides and GMOs in Hawaii vowed to introduce new legislation in the state’s upcoming session.

“What the decision makes clear is that it is the state’s responsibility to meaningfully protect against undue harm from pesticides, whether it’s to workers on a field or to kids in schools nearby, and we have an obligation to make sure that safety is paramount,” said Rep. Chris Lee, chairman of the Hawaii House Committee on Energy and Environmental Protection. “And looking forward, I do think there’s a middle road that can satisfy everyone that ensures public safety and doesn’t put an undue burden on anyone.”

A Maui Getaway Beyond the Beach

The Maui case ruling said scientific studies have not shown that food produced from genetically engineered crops pose any inherent risk to human health. But it said “the cultivation and testing of GE plants raise several well-documented concerns,” including harm to plants and animals caused by the increased use of pesticides sometimes associated with testing and growing genetically engineered crops, the proliferation of “superweeds” and pests resistant to pesticides and contamination of traditional, non-genetically modified plants during pollination.

“As a mother and a resident of Kekaha, Kauai, I will continue to stand up and protect my family and my community,” said Malia Kahaleina Chun, a mother, educator and Native Hawaiian cultural practitioner, in an emailed statement. “It is our responsibility to insure that our keiki (children) have access to clean air, clean water and to aina (land) that sustains them.”