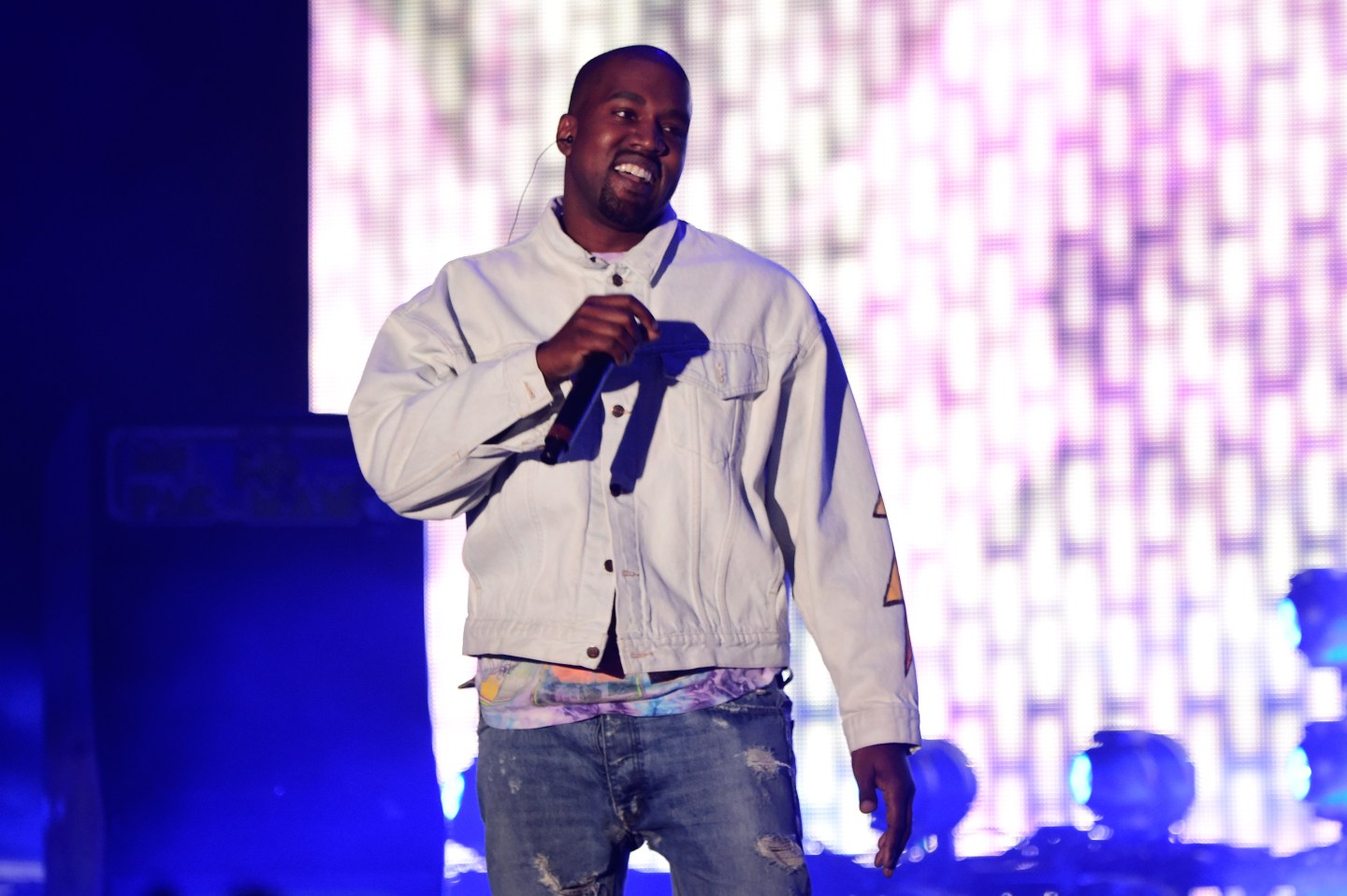 Kanye West has a long habit of making outrageous remarks. But last night he reportedly interrupted his own concert several times on Thursday night to tell the crowd that he would have voted for Donald Trump and that African-Americans should “stop focusing on racism.”

The megastar rapper also reiterated his own plans to make a bid for the White House in 2020 during his concert in San Jose, Calif. West’s comments were captured in video that Twitter users uploaded online, showing the rapper drawing boos from the crowd after he explained that, while he did not vote on Election Day, he would have voted for Trump. “If I would’ve voted, I would’ve voted [for] Trump,” West told the crowd.

West expanded on that comment by calling Trump a “genius” because the billionaire won the election, reportedly adding: “Neither candidate would fix racism in this country.”

“Specifically to black people, stop focusing on racism,” West reportedly told the crowd. “This world is racist, OK? Let’s stop being distracted … it’s just a f—ing fact, we are in a racist country, period,” he said.

West’s comments in support of Trump, in particular, resulted in a fair amount of backlash online.

Kanye is on stage praising Trump & telling BP to stop talking about race so much.

I miss the old Kanye.

Kanye is trending and yeezys are trending. I haven't clicked on the yeezys part but I'm guessing people are burning them.

The comments come after West said earlier this year that he plans to make a presidential run in four years–a promise he reiterated last night. West previously posed for a selfie with Hillary Clinton and his wife, Kim Kardashian-West, who publicly supported Clinton before the election. West also reportedly donated money to Clinton’s campaign and has contributed to the Democratic National Committee. (Meanwhile, Trump also once told Howard Stern that Kardashian-West does not have “a good body” and that she has “a fat ass.”)

Interestingly, West has actually been compared to Trump by pop culture commentators—mostly for their shared penchant for outrageous statements and egotism—and the president-elect was also one of several high-profile people to have their (very lifelike) likenesses featured in a risqué piece of artwork that West debuted earlier this year. Much like the president-elect, West is no stranger to controversial comments, going all the way back to his infamous 2005 claim that then-president George W. Bush “doesn’t care about black people.”

And, while there has been backlash over West’s most recent incendiary remarks, it would be surprising if his completely hypothetical voting preference ended up negatively affecting his “brand.” After all, West has stirred up controversy countless times before without significantly negative effects on his career.

How will West’s apparent support for Trump affect his own presidential prospects, though? Well, that remains to be seen.