Why Did So Many White Women Vote for Donald Trump? 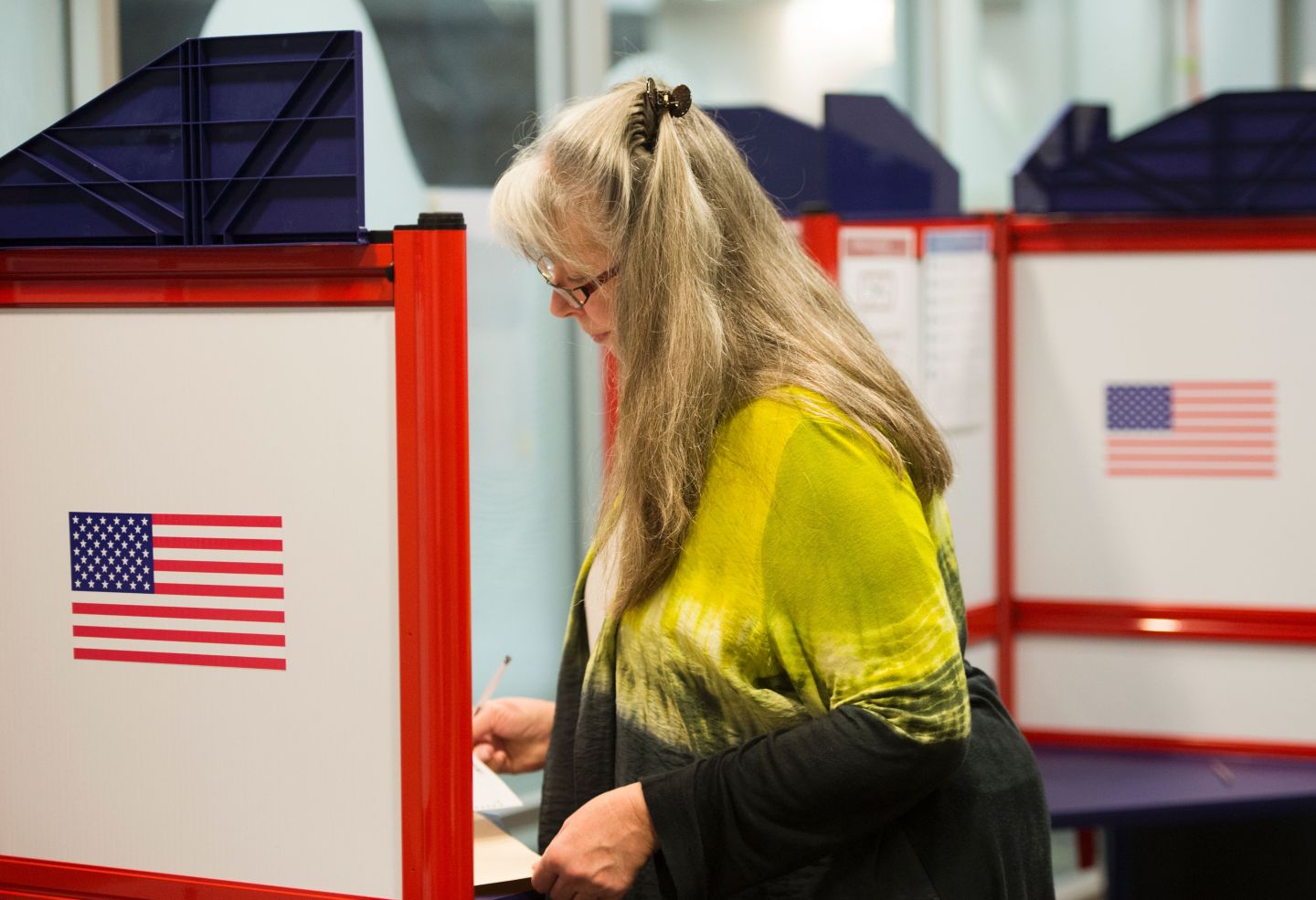 Before last week’s election, polls and pundits suggested that Donald Trump’s presidential campaign was doomed to failure, because it could not attract enough votes from women, who saw him as a misogynist—and worse. Conventional wisdom crashed and burned, however, as 42 percent of women, most of them white, came out to support him.

Why did Donald Trump’s candidacy appeal to so many women voters? Although his election has been attributed primarily to disenfranchised citizens, the data suggest otherwise. Women from varying backgrounds cast their ballots for Trump for a number of reasons related to gender, economics, and perceptions of leadership.

He received the strongest support from white women without college degrees, 62 percent of whom voted for him. Although his supporters reported median household incomes of $70,000, the Trump campaign tapped into fears and frustrations among white working-class women about diminished possibilities for their husbands and sons to provide for their families. Many supporters’ families work in blue-collar occupations such as construction, transportation, and infrastructure; live in low mobility areas; and have little personal contact with immigrants. “Us vs. them” rhetoric framed diversity as an impediment to American greatness, and—consistent with historical racial and socioeconomic fractures—global trade and immigration, the increasing presence of white women and people of color in government, and “dangerous inner cities” emerged as threats.

The second largest contingent of women supporting Trump was white women with college degrees. Forty-five percent of them voted for him. While some were likely attracted to Trump’s fiscally conservative policies, research suggests an even more pervasive gender dynamic at play. Women and men have been socialized by family members, educators, and the media to associate leadership with a particular version of masculinity, an image Trump exemplified in his persona as the supremely successful businessman. He reinforced the masculine, leader-as-savior image with repeated claims that he alone could make America great again. Those drawn to this view, by extension, place a higher level of scrutiny on those who do not fit their image of success. Thus, Secretary Clinton’s handling of her emails was considered far more egregious than anything Trump had done, an assessment fueled by his systematic dismantling of Clinton in virtually every stump speech.

Many women (and men) who supported Trump bought into the false dichotomy that a woman leader can be either competent or likeable, but not both. What came into question was Clinton’s character—so much so that her competence became a moot point. In contrast, while almost 25 percent of Trump supporters said he was not qualified, they voted for him anyway.

In addition, although Clinton won the popular vote, exit polls suggested that more people cast their vote against her than against him. Those who found Trump unlikable but still voted for him numbered 20 percent of his supporters, while only 12 percent of those who said they disliked Clinton still voted for her. Seventy percent of white voters also described Clinton as dishonest or untrustworthy. This dynamic may also help explain why so many millennials who had supported Bernie Sanders didn’t vote this time around; they just couldn’t get over their dislike for Hillary.

One interesting departure from these trends emerged from the voting patterns of women of color—and of black women in particular. Only 26 percent of Latinas voted for Trump, but even fewer black women did. Just 4 percent voted for him—the lowest percentage of all groups—reflecting, perhaps, their concern about the treatment of blacks in the criminal justice system as well as their recognition of Clinton’s stronger support of minorities and her enthusiastic endorsements from the president and first lady.

So now what? The most troubling consequences of this election are not for those women in leadership positions who are pushing forward to break new ground, although it is clearly a disappointment for those of us who hope to see more women in places of power, including the Oval Office.

The most marginalized in our country will be harmed if the positions Trump has taken are translated into policy during his administration:

• Immigrant families, LGBTQ citizens, African Americans, Muslims and others are fearful that disparaging, even threatening, rhetoric about their communities will become normalized. In the days since the election, more than 400 hate crimes in local schools, communities, and businesses have been reported.
• Trump’s statements about sexually harassing women potentially give permission for a set of behaviors that undermine the safety and advancement of women in the workplace and in higher education.
• His stand on workplace deregulation raises concerns about continued protection of women’s (and men’s) human and civil rights.
• A reshaped Supreme Court could roll back protections to the rights of women, including the right to choose
• Changes to the Affordable Care Act could reduce access to birth control and health care.

Those of us striving to advance gender equity must continue to join with the leaders and thinkers working to advance the rights of other disadvantaged groups to forge a path for our society and our country that allows everyone to thrive. The future of this nation depends on it.

Laura Morgan Roberts is a visiting scholar at Harvard Business School’s Leadership Initiative and a professor of organization studies at Antioch University’s Graduate School of Leadership and Change.

Robin Ely is the Diane Doerge Wilson Professor of Business Administration at Harvard Business School and faculty chair of its Gender Initiative.