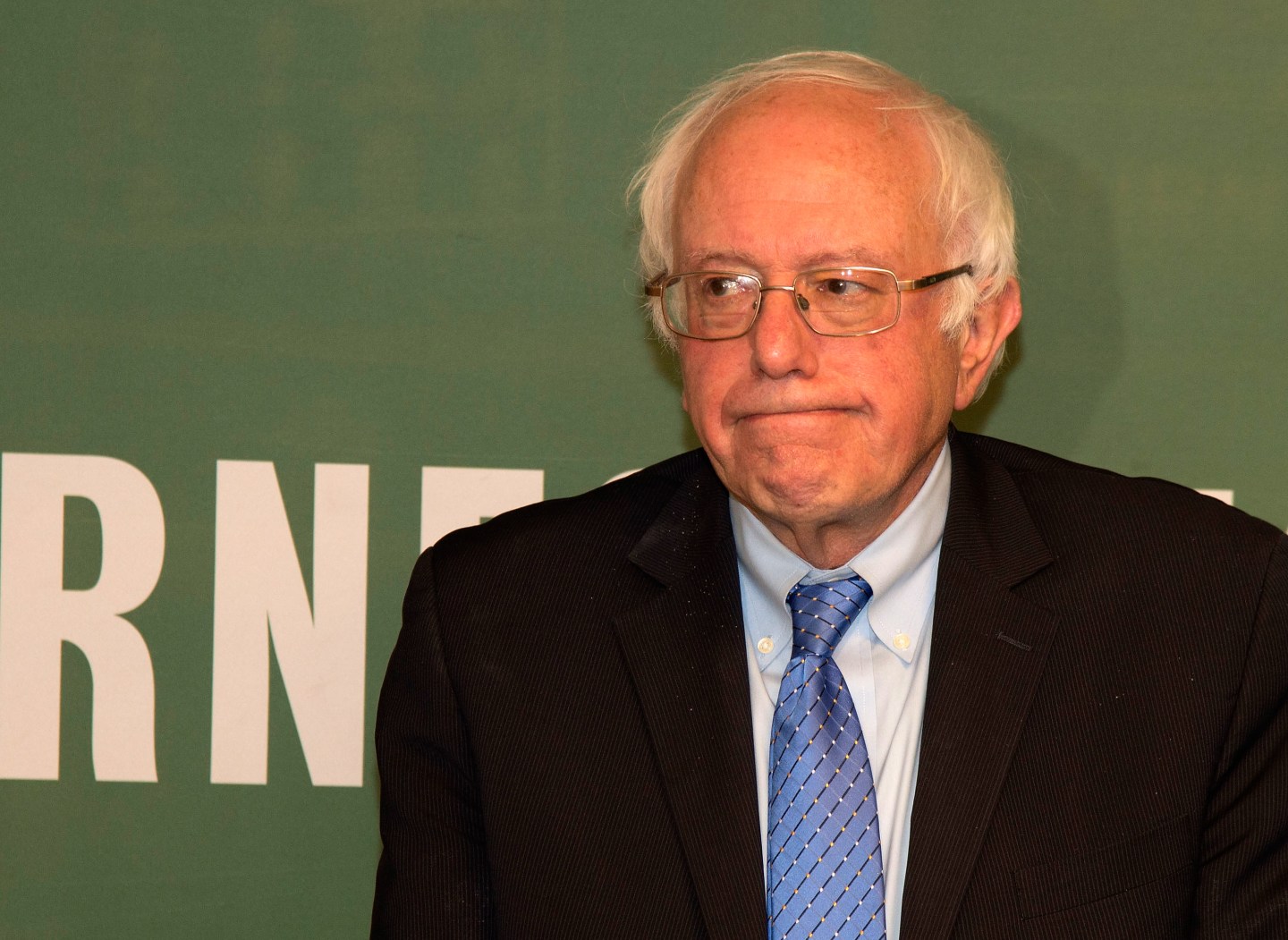 Vermont Sen. Bernie Sanders called on Donald Trump to apologize for his inflammatory rhetoric during the presidential campaign and asked him cut ties with campaign CEO Steve Bannon.

The president-elect named Bannon as a top White House adviser on Monday, sparking an outcry from Democrats who blasted the conservative media CEO as peddling conspiracy theories and white supremacy.

Sanders, who lost the Democratic presidential nomination to Hillary Clinton, says his office received “many, many” calls asking Trump to withdraw the appointment.

“What we are seeing all over this country is extraordinary fear,” Sanders said at a breakfast sponsored by the Christian Science Monitor. He said Trump should try to “make the American people feel comfortable” by rescinding Bannon’s nomination.

The self-identified independent also said there may be opportunities for Democrats to work with Trump on some of his campaign promises including curbing high pharmaceutical drug pieces, renegotiating trade deals, cutting the influence of Wall Street and other ideas that will “improve life for working people.”

“He said a whole lot of things. Was he serious or were these just campaign slogans?” he said. “We will hold him accountable.”

Sanders told reporters that he hasn’t spoken personally to Clinton but believes she has an important role to play in the party’s future. She made her first public remarks since her concession speech in Washington on Wednesday evening, urging her supporters to “stay engaged” in political activism.

Democrats, he said, must do some “soul searching” in the coming months. He’s backing Minnesota Rep. Keith Ellison head up the Democratic National Committee, arguing the first Muslim-American member of Congress could bring some fresh ideas to the party.

“It is time for the Democratic party to reassess what it stands for and where it wants to go,” he said.