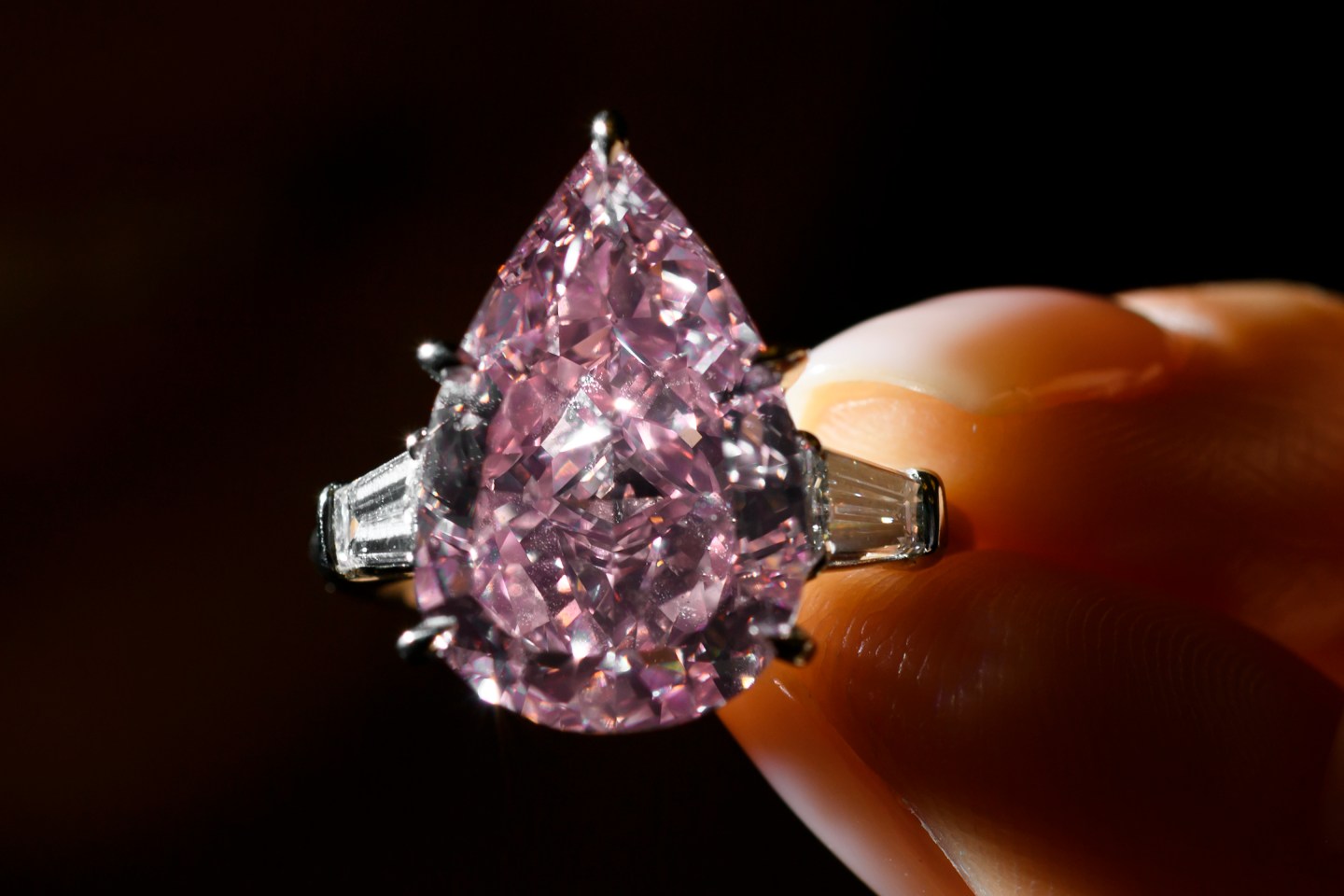 A pear-shaped pink diamond sold for 18.127 million Swiss francs ($18.11 million) on Tuesday to an Asian collector bidding by telephone at an auction marked by “healthy prices”, Christie’s said.

The top lot at its semi-annual Geneva sale, the stone weighs 9.14 carats and is graded fancy vivid pink, the highest possible color grading. Its pre-sale estimate was 16 million Swiss francs to 18 million.

Christie’s, celebrating its 250th anniversary, netted nearly 97 million Swiss francs with 77% of 217 lots sold, against 110 million francs a year ago. Several major gems, including a Colombian emerald and diamond ring by New York jeweler David Webb, stalled on the block.

A pair of diamond drop earrings, “Miroir de l’Amour” (Mirror of Love) by a new French boutique jeweler that has revived the illustrious name and “same philosophy” of 18th Century jewelers Boehmer et Bassenge, sold for 17.56 million Swiss francs after more than 5 minutes of bidding. They had no reserve price, the secret minimum set by the owner, which is rare at auctions.

“It made a great price for a really fabulous pair of diamonds. Very healthy prices will give a great boost to the white diamond market,” Kadakia said. “Diamonds are bouncing back.”

The auction house said the flawless white stones, weighing 52.55 and 50.47 carats, respectively, are the “the world’s largest perfect pear-shaped diamond drops ever to be offered at auction”. The pre-sale estimate was 20-30 million Swiss francs for the earrings, whose buyer remained anonymous.

“The buyer is highly likely to be a newly minted Russian or Chinese billionaire oligarch or business tycoon, who does not shy from flaunting their wealth,” Tobias Kormind, managing director of London-based 77 Diamonds, said in a statement earlier this week.