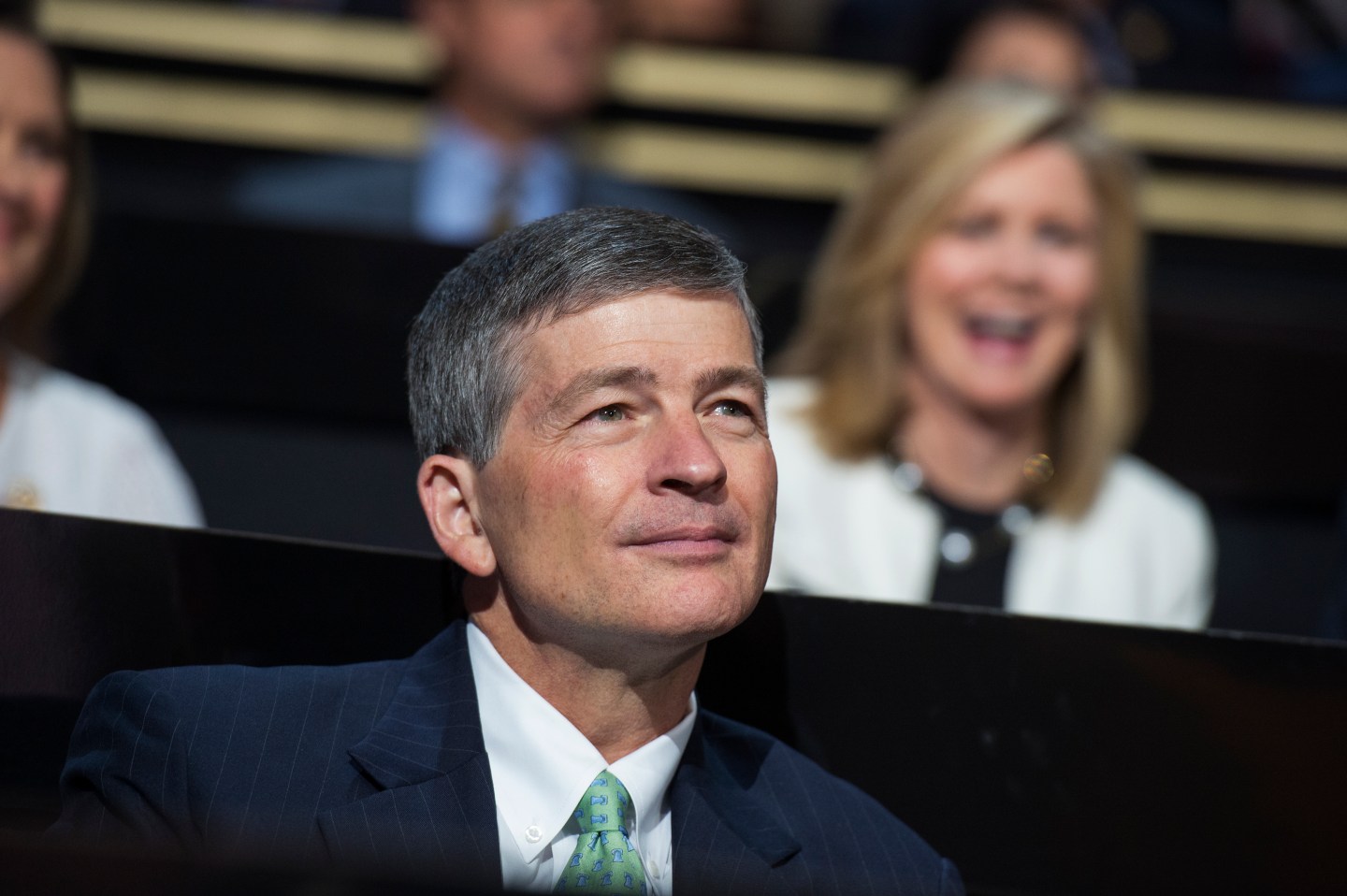 The stock market’s post-election Trump bounce is, like the electorate, sharply divided. Tech stocks are down, but financial companies are up strongly, apparently on optimism that Congress may well scale back or even replace the Dodd-Frank law, which Trump promised he would do.

Such a momentous change is always more complex than it initially seems, though, and to understand this issue’s fascinating background, please read Shawn Tully’s revealing profile of Texas Congressman Jeb Hensarling. He may not become Treasury Secretary, as rumored – he says he doubts he will – but even if he doesn’t, he’ll powerfully influence the future of the U.S. financial system. Most business leaders need to know him better, and in Shawn’s article you’ll learn a lot you didn’t know.

Hensarling chairs the House Financial Services Committee. Any legislation that affects banks has to get past him. He is, Shawn says, “a zealous deregulator, spending hawk, and unbending free-market crusader–one who will relentlessly prod the Trump administration to uproot the Obama era’s sweeping financial reforms.” He despises Dodd-Frank and wants to replace it with a bill called the Financial CHOICE Act. But while Dodd-Frank is best known for tight regulation of the biggest banks, don’t assume that Hensarling is doing Wall Street’s bidding. His bill would authorize the SEC to impose even bigger penalties on Wall Street banks.

Hensarling is more interested in freeing America’s small banks and credit unions – there are some 6,000 of them – from most of Dodd-Frank’s constraints. The mechanism would be simple. Any institution that holds at least 10% of its assets as capital could take an “off-ramp” from Dodd-Frank. Hensarling figures the biggest banks won’t do it; they typically hold only 6% of assets as capital, and increasing the percentage would hobble their financial performance. But small banks mostly meet the 10% standard now or are are close. Besides, they weren’t the source of the financial crisis. If they’re unshackled from hundreds of Dodd-Frank rules that were written largely to control the big guys, they could lend much more freely. And small financial institutions do most of the lending to small businesses, which create most of America’s jobs.

Hensarling’s views are deeply grounded. As a student at Texas A&M he studied under an economics professor who became his mentor and a Texas Senator, Phil Gramm. Like Gramm, he became a passionate free marketer. In 2006 he even voted to repeal a law that restricted long-distance flights at Dallas’s Love Field, though American Airlines, a powerful Texas company, opposed repeal. Most of Hensarling’s fellow Texas Republicans sided with American; Hensarling viewed the law as regulation that made the economy less efficient and therefore had to go. It went.

Until last week, Hensarling’s free-market views carried only slight practical heft. They stood little chance of making it into a bill that a Democratic president would sign. Now they stand quite a good chance of influencing new laws, and one of Washington’s more obscure power players is suddenly poised to become one of its best known.