Google Earth For Virtual Reality Lets You Fly Like Superman 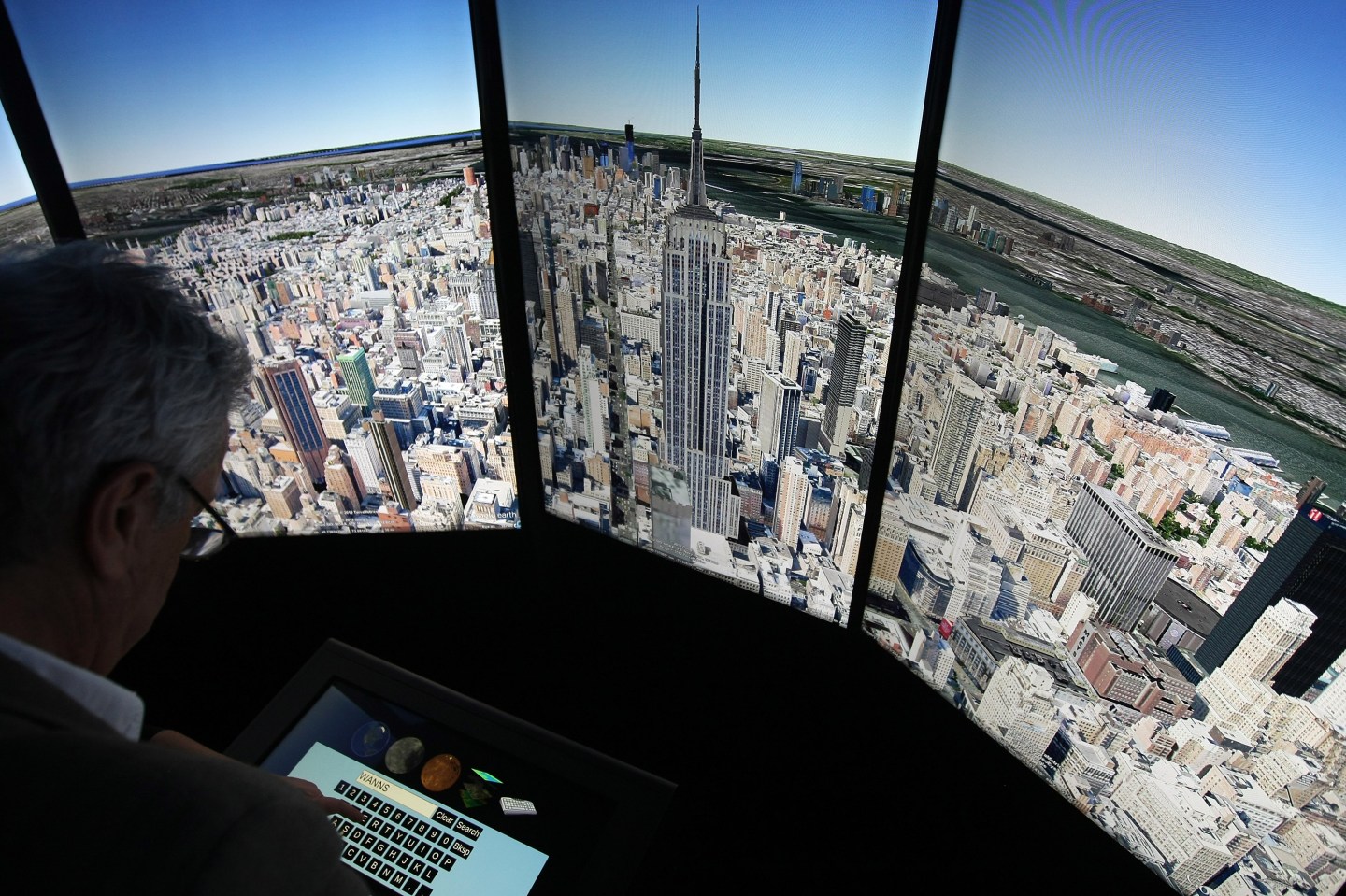 BERLIN, GERMANY - SEPTEMBER 26: A visitor looks at a three-dimensional rendering of Manhattan while using Google Earth software on September 26, 2012 at the official opening party of the Google offices in Berlin, Germany. Although the American company holds 95% of the German search engine market share and already has offices in Hamburg and Munich, its new offices on the prestigious Unter den Linden avenue are its first in the German capital. The Internet giant has been met with opposition in the country recently by the former president's wife, who has sued it based on search results for her name that she considers derogative. The European Commission has planned new data privacy regulations in a country where many residents opted in to have their homes pixeled out when the company introduced its Street View technology. (Photo by Adam Berry/Getty Images)
Photograph by Adam Berry — Getty Images

Get ready to virtually fly around the brick-domed Florence cathedral in Italy and San Francisco’s majestic Golden Gate Bridge.

Google said Wednesday that a virtual reality version of Google Earth is now available to download for free via the Steam gaming distribution service. As of now, only HTC Vive virtual reality headset users will be able to use the app, but Google plans to make it compatible with other headsets in the future.

In a video demo of the VR app, a woman wearing a Vive headset is shown looking at a virtual representation of Tokyo skyscrapers while seemingly hovering in air in between the buildings. She is then shown flying through granite canyons in Yosemite National Park while using a touch controller to steer.

Using the touch controller, the woman can also summon a mini digital globe, and choose which countries and places she wants to virtually visit.

“Now, at 196.9 million square miles, we know the world is pretty big, so we’ve made it easy to find great places to visit,” Google VR product manager Mike Podwal wrote in a blog post. “Earth VR comes with cinematic tours and hand-picked destinations that send you to the Amazon River, the Manhattan skyline, the Grand Canyon, the Swiss Alps, and more.”

It should be noted that this VR version of Google (GOOG) Earth requires some hefty computing power to run, much like other VR apps built for powerful VR headsets like the Vive or Facebook’s (FB) Oculus Rift. These headsets require computers with high-end graphics cards, among other types of pricey hardware, to operate.

According to CNET, Google may eventually release a version of the app that can run on its new Daydream View VR headset that costs $79. But because that headset is powered by mobile phone, it’s likely to not be as graphically-rich or as compelling as the current version that relies on a personal computer.

Although Google spent a lot of time creating 3-D representations popular tourist attractions like Seattle’s Space Needle and the Colosseum in Rome, the CNET article says that there remains a lot of imagery that hasn’t been modified for VR. For example, Windsor Castle in England and Manila, the capital city of the Philippines, are only rendered in 2-dimensions, similar to the standard Google Earth app.

But it’s likely that Google will add more 3-D renderings of different places over time to improve the app.