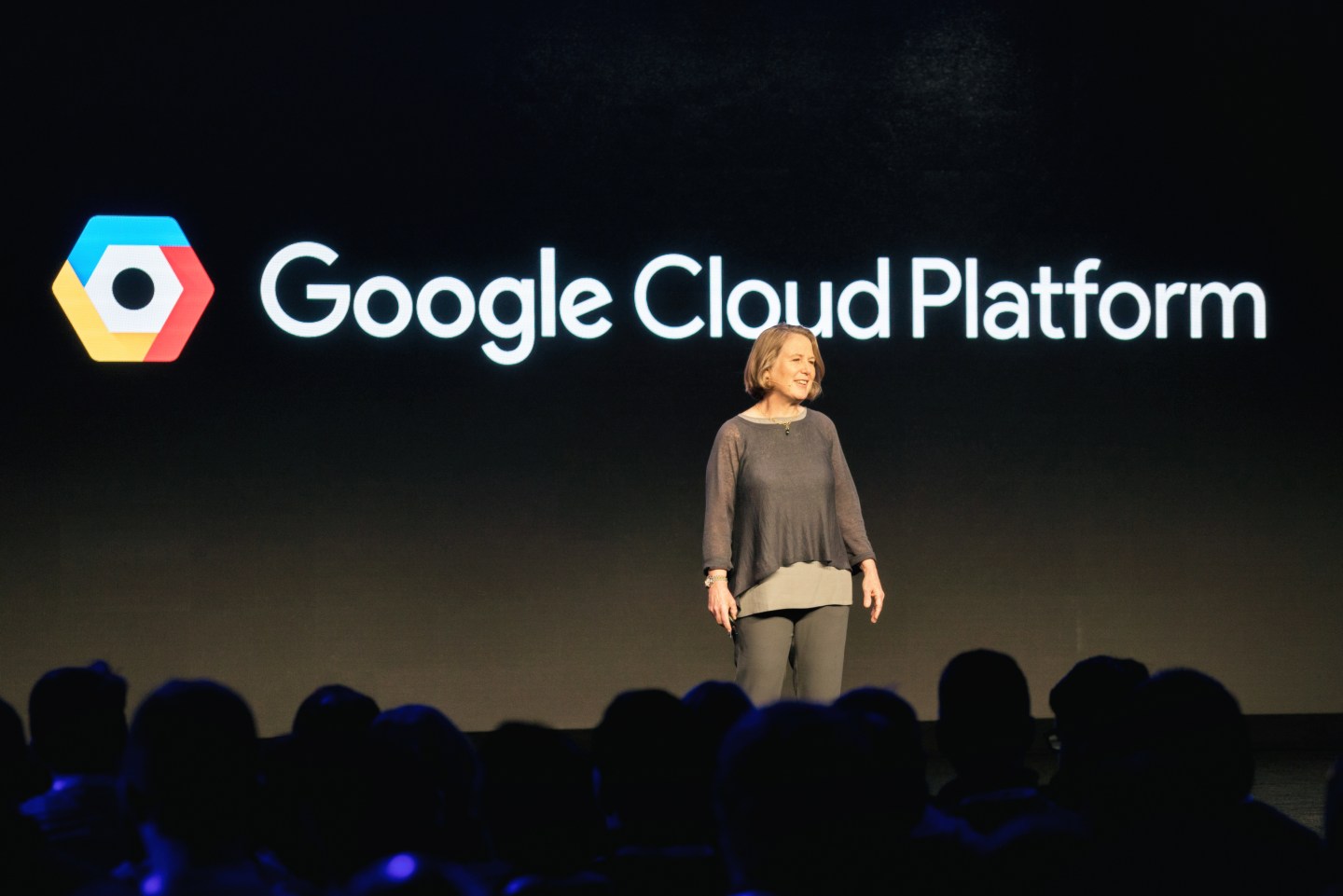 Google believes the key to growing its cloud computing business is artificial intelligence.

The search giant said Tuesday that it had hired two high-profile AI researchers to lead a new machine learning unit that’s part of its Google Cloud business. Machine learning is a subset of artificial intelligence that generally refers to training computers to recognize patterns amid tons of data. The two new hires are Fei-Fei Li, the director of Stanford University’s Artificial Intelligence Lab; and Jia Li, the head of research for Snap, the parent company of popular social messaging app Snapchat.

The two women are considered by analysts to be experts in the field of computer vision, a subset of artificial intelligence that involves teaching computers to recognize objects in images.

Speaking at a press event Tuesday in San Francisco, Google’s (GOOG) head of cloud Diane Greene explained that the new hires are part of Google’s effort to formalize an artificial intelligence group into its business. Instead of focusing on only AI research, the team would work on incorporating cutting-edge data crunching into various Google Cloud products like its software that businesses can use to predict sales.

Greene said the new hires represent the “world’s leading research scientists, practitioners, and leaders” in the hot field of artificial intelligence. Companies like Google, Facebook (FB), and IBM (IBM) are investing millions of dollars in AI-related technologies like deep learning that have made it possible for computers to more quickly perform data-heavy tasks like translating text into multiple languages.

Greene said that “one of the most thrilling things” about the new hires is that both of them are women. The field of AI has been criticized for its lack of women in prominent research roles at universities as well as at major technology companies.

In a Bloomberg News article earlier this summer, Li commented on the dearth of women in AI, saying, “If you were a computer and read all the AI articles and extracted out the names that are quoted, I guarantee you that women rarely show up.”

Jia Li will start work at Google after the Thanksgiving holiday and Fei-Fei Li will start at the beginning of 2017, according to a Google spokesperson.

Rob Craft, the group product manager at Google cloud and its machine learning unit, said that the two new hires will help Google “bring machine learning to the rest of the product categories.” He explained that the new hires are part of Google’s efforts to more effectively bridge together its research unit and its core business.

But hiring the appropriate talent with expertise in machine learning and related tasks does not come cheap.

Craft said the competition for hiring A.I. experts is fierce and in many cases ends up resulting in companies like Google paying “NFL signing bonuses” for the talent. Google did not say how much it is paying the two new hires.

Part of the reason for the competition is that there are only so many A.I. workers available and that “the universities aren’t graduating PhD level” candidates as fast as Google would like, Craft said.