Guess Which City Lost the Most Sleep on Election Night 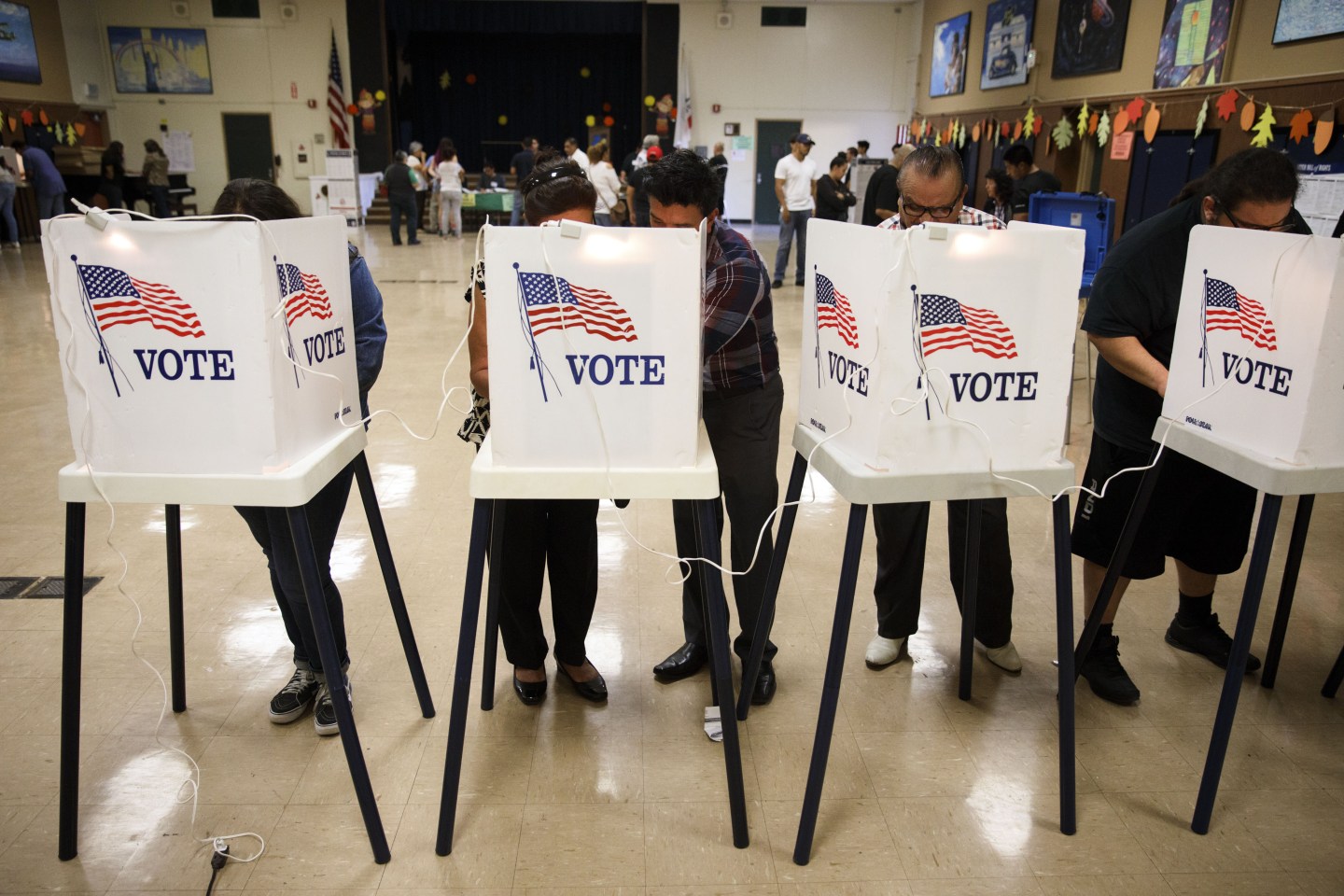 Voters cast ballots at the Brooklyn Avenue Elementary School in Los Angeles, California, U.S., on Tuesday, Nov. 8, 2016. Fifty-one percent of voters nationally were bothered a lot by Republican Donald Trump's treatment of women, while Democrat Hillary Clinton's use of private e-mail while secretary of state was troubling to 44 percent, according to preliminary exit polling as voting neared a close in some states. Photographer: Patrick T. Fallon/Bloomberg via Getty Images
Photo by Patrick T. Fallon—Bloomberg via Getty Images

Every single state in the U.S. slept less than usual on the night of the election, and Fitbit can prove it.

The wearable technology company has been tracking sleep data since 2009. The night of November 8, 2016 marked the largest loss of sleep in the U.S. with a national average of 29.62 minutes lost among Fitbit wearers, the Washington Post reports. Hawaii came in at the bottom of the list with just 15.84 minutes of sleep lost on average, and Washington, D.C. came out on top with an average of 49.75 minutes.

“Was it excitement, stress? That’s not known, but we were surprised and impressed to see such a change in sleep in a typical day,” Karla Glechauf, Fitbit research data analyst, told the Post. Considering there doesn’t appear to be any correlation between amount of sleep lost and political leaning of a state, it could have been a mixture of both excitement and stress, or simply the desire to watch the outcome of a historic election.

The list of the top 10 that lost the most sleep was understandably stacked with East Coast states, where the election ended later in the night due to the time difference.

Before this election, the largest loss of sleep experienced by the country happened the night of Super Bowl 50 with a national average of just 8 minutes lost.