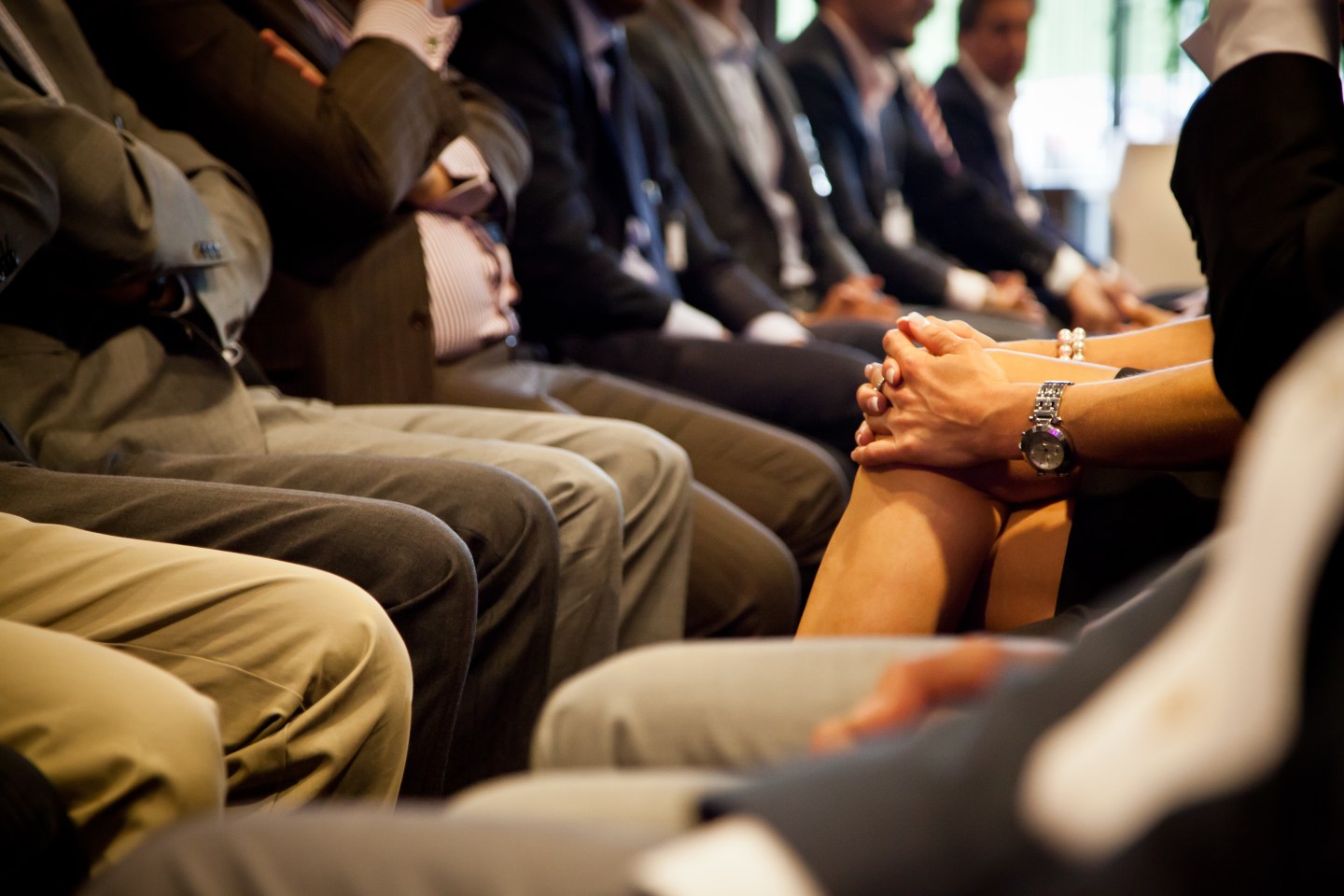 The MPW Insiders Network is an online community where the biggest names in business and beyond answer timely career and leadership questions. Today’s answer for: “What’s the most important lesson you’ve learned in your career?” is written by Lizzie Widhelm, SVP of ad products and strategy at Pandora.

Don’t you wish you could read a book and learn everything you’d ever need to know?

I do, but the universe doesn’t always agree. Sometimes it’s necessary to learn things the old-fashioned way: by making a mistake.

I’ve spent the better part of my professional career in advertising, focused on driving connections between brands and consumers with good stories. I started at Pandora as its first salesperson, selling something called “digital audio,” which no one had even heard of at the time.

Since then, I’ve been part of Pandora’s growth from a startup to a $1 billion company. You can’t witness that kind of growth without learning a few lessons along the way. While there may never be a “book” to teach us about life, I can offer a few guideposts I wished I’d learned earlier in my career:

Be soul-centered
I spent the early part of my career with a single focus: to be the No. 1 seller at all costs. So I tirelessly met with clients, drove deals, and drove revenue. But what I didn’t know was that I was missing the “soul” in what I was doing.

See also: This Is What Happens When You Speak Up At Work

In 2006, I joined Pandora and met its founder and now-CEO, Tim Westergren. The company was still in its very early stages, which required people to wear many hats. In addition to representing the company, Tim was also selling ads. For the first time in my life, I got to see a true salesperson in action. We traveled city-to-city together, meeting with prospects and clients. I was continuously impressed by the time and focus he put into understanding each person’s business, life, challenges, and problems that keep them up at night. His ability to connect with these advertisers was so authentic, yet it frightened me, as I realized how much more effective I could be by combining my knowledge of products and business with the soul of the companies I was talking to.

Embrace the power of team
It’s no secret among my peers and colleagues that I’m an outspoken, type-A, tough-on-crime, work-harder-than-everyone kind of person. There’s nothing wrong with that per se—you can get lots done and feel in control of your time and performance. But it’s also small thinking. To build an amazing company, you must enable and guide others to join up.

As my own career and family grew, I felt like I was taking on more work with less hours in the day. There was no way I could keep going without the help of an amazing team—both at work and at home. So I hired a talented team and gave them the leeway and trust to get their jobs done. At home, I’m proud of the fact that I’ve outsourced everything that doesn’t need me to do it. The time I free up by involving others allows me to think about and solve the toughest challenges.

Raise your hand (but lend your other to the girl behind you)
It wasn’t until I got my first job leading a large team that I felt the gender gap. I came up in sales, so there was always just as many women as men in most of my meetings. But as I moved into more executive ranks, I often found myself sitting at a table with less than 10% women. I struggled to understand where and when to use my voice. I knew the men around me had role models and mentors they looked up to, who were examples of doing it “right.” But I rarely remember finding the same in a woman.

Eventually, I had to make a proactive decision to stop worrying about it and start raising my hand. After a little while, I started speaking up, then speaking louder, and then taking ownership over major company projects. I felt alone most of the time, but I kept pushing toward whatever goal I needed to. I also decided that I could be the mentor I never had for other women, so I worked hard to bring more women into my projects. Over the years, my confidence grew, my compensation grew, and the number of women around me grew, too. Ironically, today, I lead a team that is 90% women and 10% men.