Trump Holes Up in Tower as Transition Takes Shape 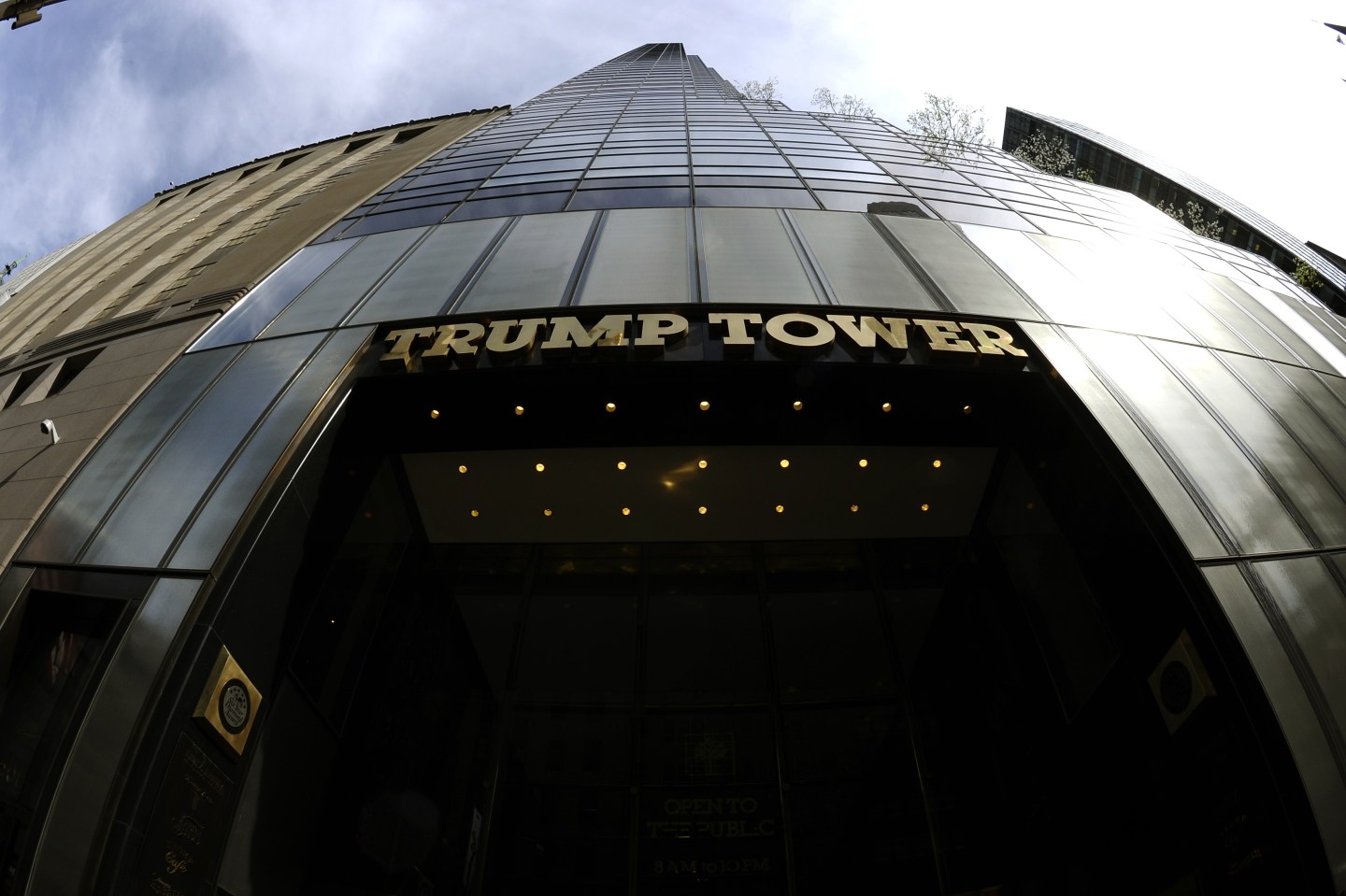 President-elect Donald Trump is embarking on the massive undertaking of creating a new administration as a circus-like atmosphere unfolds around his building in Manhattan.

While he’s announced one decision—putting Vice President-elect Mike Pence in charge of the transition instead of Chris Christie—Trump must identify other people for top White House jobs and Cabinet posts. He was apparently trying to sort through names as he holed himself up in Trump Tower and protesters swarmed outside behind barricades protecting the building and ritzy stores along Fifth Avenue.

At one point, documentary filmmaker Michael Moore, a liberal critic of Trump who nevertheless had predicted his victory, entered the tower lobby with a camera crew in tow and asked to see Trump. “I just thought I’d see if I could get into Trump Tower and ride the famous escalator,” said Moore, who did just that until he reached the fourth floor and the Secret Service told him he could go no higher.

Moments later, Nigel Farage, the head of the “Leave” movement that won Britain’s vote to exit the European Union, also arrived and was allowed up.

Democrats Are Facing an Existential Crisis After Donald Trump’s Victory

Trump frequently links his campaign to the Brexit movement. Farage would not say if he was playing a role in Trump’s transition.

For Trump, who ran on a pledge to “drain the swamp” of Washington insiders, the transition team is strikingly heavy on those with long political resumes.

Another apparent contradiction emerged Friday as Trump, who repeatedly vowed to achieve the repeal of President Barack Obama’s health care law, said he would be open to maintaining portions of it.

Christie was a loyal adviser to Trump for much of the campaign, offered a key early endorsement and came close to being the businessman’s pick for running mate. But Trump ultimately went with Pence, Indiana’s governor and a former congressman with Washington experience and deep ties to conservatives, to take the transition forward.

In addition, three of Trump’s adult children—Don Jr., Eric and Ivanka—are on the transition executive committee, along with Jared Kushner, Ivanka’s husband. Kushner was an influential adviser in Trump’s campaign.

The children’s inclusion raised questions Trump’s ability to sever ties between the administration and the sprawling family business—after the billionaire repeatedly said during the campaign that his grown children would not follow him to Washington and instead run the Trump Organization.

Trump told the Wall Street Journal that after speaking with Obama at the White House, he was considering keeping the provision of the health law that allows children to stay on their parents’ insurance policies until they turn 26. He said previously he may also keep the prohibition against insurers denying coverage because of patients’ existing conditions.

Presidents-elect don’t often appoint their running mates to lead their transition team. Trump and Christie grew apart through the last stretch of the campaign.

Among the first decisions facing the president-elect is whom to choose as chief of staff, a key post that will set the tone for Trump’s White House and be a main conduit to Capitol Hill and Cabinet agencies.

Trump is said to be considering Steve Bannon, his campaign chairman and a conservative media executive, and Republican National Committee Chairman Reince Priebus for the job. Neither has significant policy experience, though Priebus is well-liked in Washington and has ties with lawmakers.

Kellyanne Conway, Trump’s campaign manager, is also said to be in the mix for a senior job. Conway is a veteran Republican pollster who formed a strong rapport with the candidate after taking the helm of his campaign in the general election.

Giuliani, who emerged as Trump’s frequent travel partner and close aide, is on the short list for several positions, including attorney general.