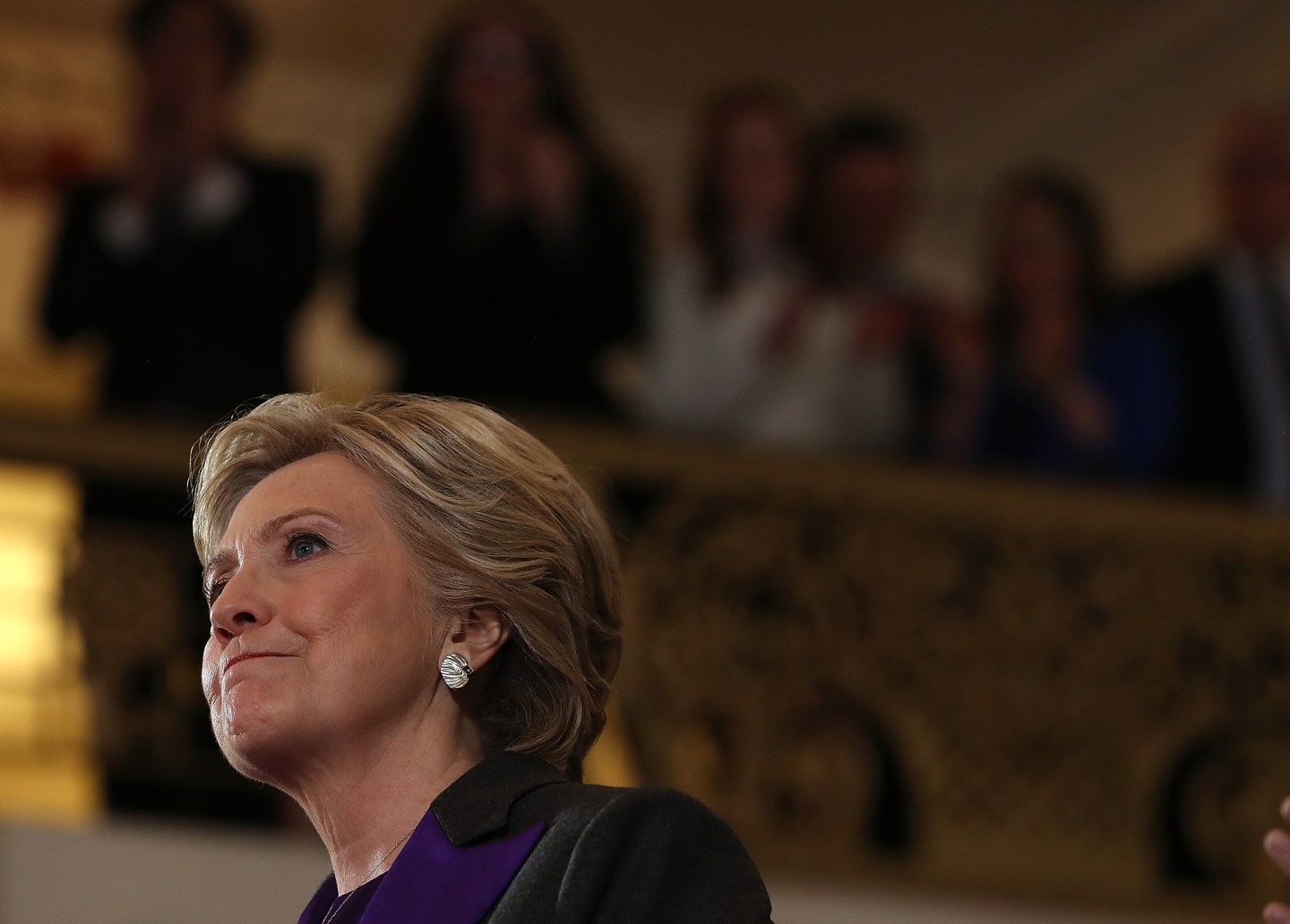 Hillary Clinton on Saturday blamed her stunning election loss on FBI Director James Comey, saying his late-October letter to Congress about her use of a private email server hurt her campaign’s momentum.

“There are lots of reasons why an election like this is not successful,” Clinton said on a call with top donors Saturday, according to the Washington Post. “But our analysis is that Comey’s letter raising doubts that were groundless, baseless, proven to be, stopped our momentum.”

Comey sent a letter to Congress on Oct. 28, announcing that the FBI would examine newly discovered emails to determine whether they were relevant to the investigation into Clinton’s use of a private email server as Secretary of State. Two days before the election, Comey sent another letter saying the bureau’s decision not to pursue criminal charges against Clinton remained unchanged. By that time, Donald Trump had already touted the incident as an example that Clinton was unfit for the presidency.

“We dropped, and we had to keep really pushing ahead to regain our advantage — which going into the last weekend, we had. We were once again up in all but two of the battleground states, and we were up considerably in some that we ended up losing. And we were feeling like we had put it back together,” Clinton said.

“Just as we were back up on the upward trajectory, the second letter from Comey essentially doing what we knew it would — saying there was no there there — was a real motivator for Trump’s voters.”

On a call with volunteers on Friday, Clinton asked them to keep fighting, while acknowledging how “very, very tough” the past days had been.