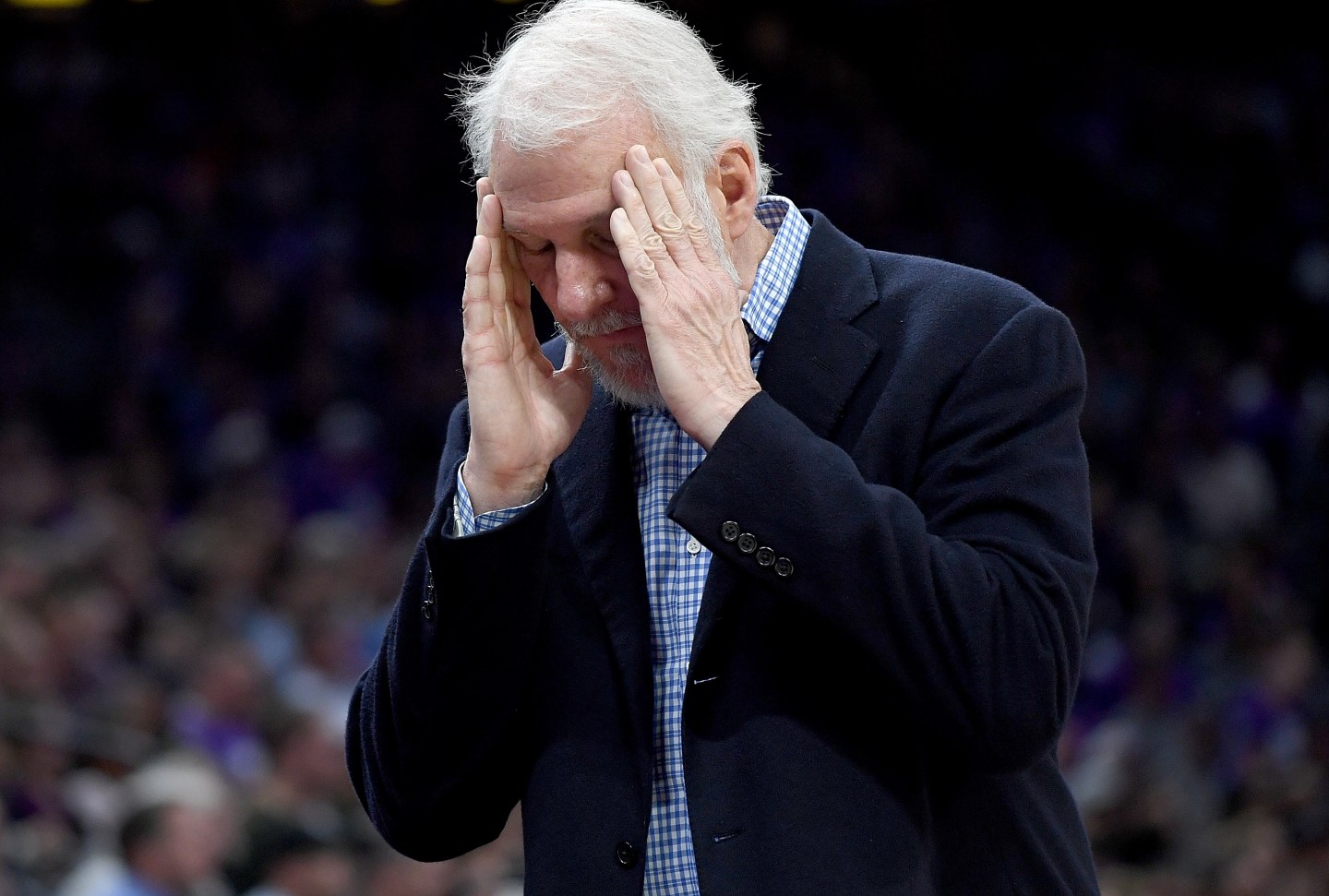 Head coach Gregg Popovich of the San Antonio Spurs reacts to a foul call on one of his players during the fourth quarter of an NBA basketball game against the Sacramento Kings at Golden 1 Center on Oct. 27, 2016 in Sacramento, Calif.
Thearon W. Henderson/Getty Images

San Antonio Spurs coach Gregg Popovich ranted on Friday about Donald Trump’s election, calling it “disgusting” that he will be in charge of the country.

“I’m a rich white guy and I’m sick to my stomach thinking about it,” said Popovich, according to the Chicago Tribune. “I can’t imagine being a Muslim right now or a woman or an African-American, Hispanic, a handicapped person. How disenfranchised they might feel. For anyone in those groups that voted for him, it’s just beyond my comprehension how they ignore all that.”

Throughout his campaign, Trump used divisive rhetoric that targeted immigrants, Muslims and women, in particular. He mocked a reporter with a physical disability, proposed a ban on allowing Muslims to enter the country and vowed to build a wall on Mexico’s border to stop illegal immigration. Since Tuesday, thousands of protesters across the country have organized marches and rallies against Trump.

Speaking before his basketball team played the Detroit Pistons on Friday, Popovich explained his disappointment and fear.

“Not basically because the Republicans won or anything, but the disgusting tenure and tone and all the comments that have been xenophobic, homophobic, racist, misogynistic,” Popovich said. “I live in that country where half the people ignored all that to elect someone. That’s the scariest part of the whole thing to me.”

“My final conclusion is, my big fear is, we are Rome,” he added.