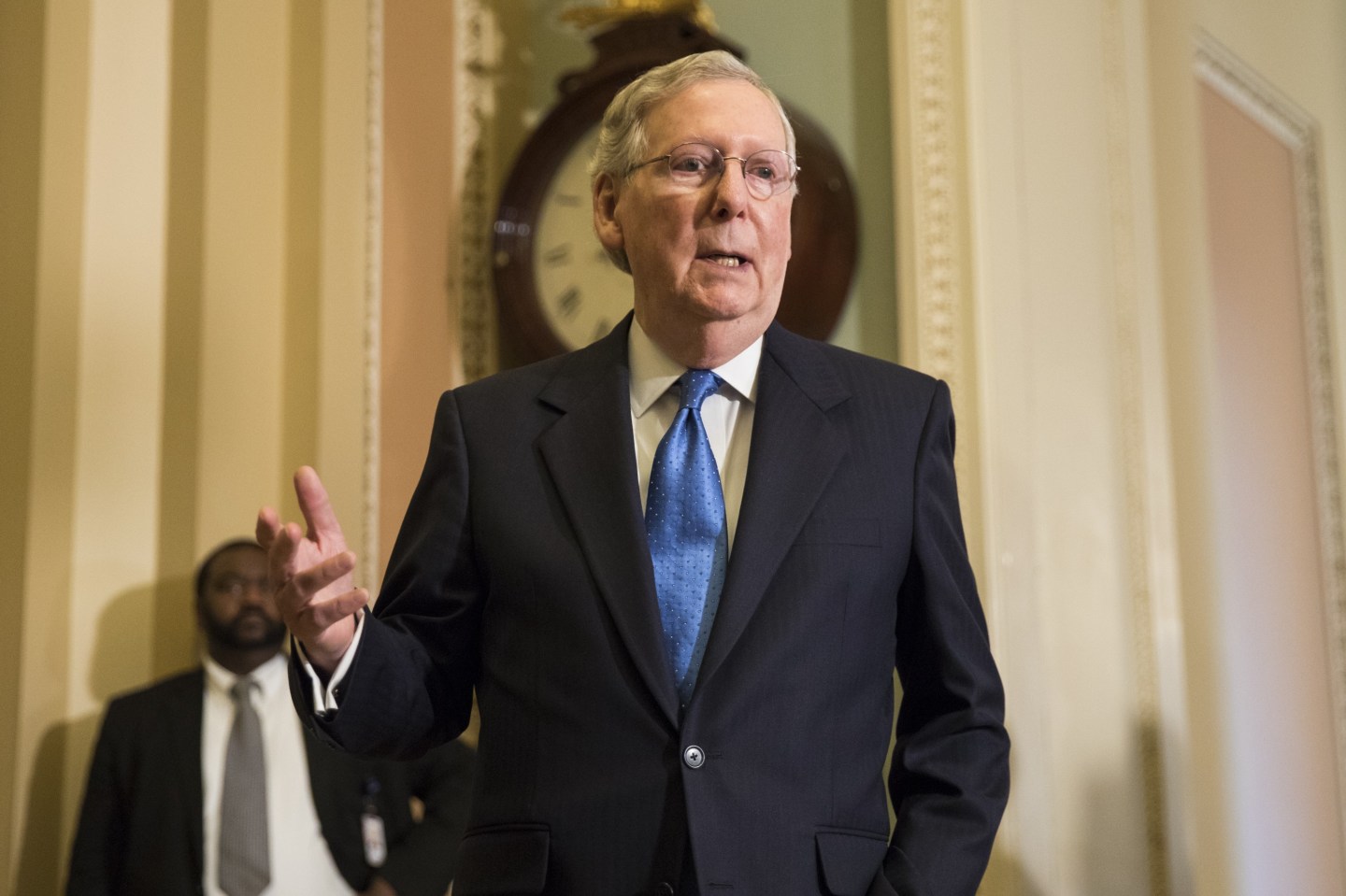 The Senate’s top Republican said Friday he asked President-elect Donald Trump to move swiftly in approving construction of the Keystone XL pipeline, which has drawn strong opposition from environmentalists.

Senate Majority Leader Mitch McConnell of Kentucky told reporters he made the request during his Capitol Hill meeting with Trump a day earlier.

“That’s the kind of thing that I hope he’ll be looking at, and we’re helping him look at,” McConnell said. He said there are things that Trump can do quickly on his own “because much of what President Obama did that slowed our economy he did on his own, either executive orders or regulations.”

Obama rejected the 1,700-mile pipeline that would carry oil from tar sands in Alberta, Canada, to refineries in the Houston area, passing through Montana, South Dakota, Nebraska, Kansas, and Oklahoma. The $7 billion pipeline has been a contentious issue. Project supporters, including unions and lawmakers from both parties, tout the jobs it would create and demand its approval, while environmentalists urged the president to reject it, saying it would carry dirty, carbon-intensive oil.

McConnell used the widely disputed figure of 20,000 jobs to be created immediately from the pipeline.

In fact, the project’s developer, Calgary-based TransCanada, has said the pipeline could create as many as 13,000 construction jobs—6,500 a year over two years.

The State Department put the number of construction jobs at 3,900 on an annual basis. That figure doesn’t include an estimated 4,000 workers that TransCanada says it has hired for a 485-mile southern segment of the pipeline already under construction and nearing completion.

The prospect of an all-Republican government next year boosts the chances for Keystone.

McConnell also said he expects a major overhaul of the tax system next year.