PepsiCo CEO: My Female Employees Are Asking ‘Are We Safe?’ After Election 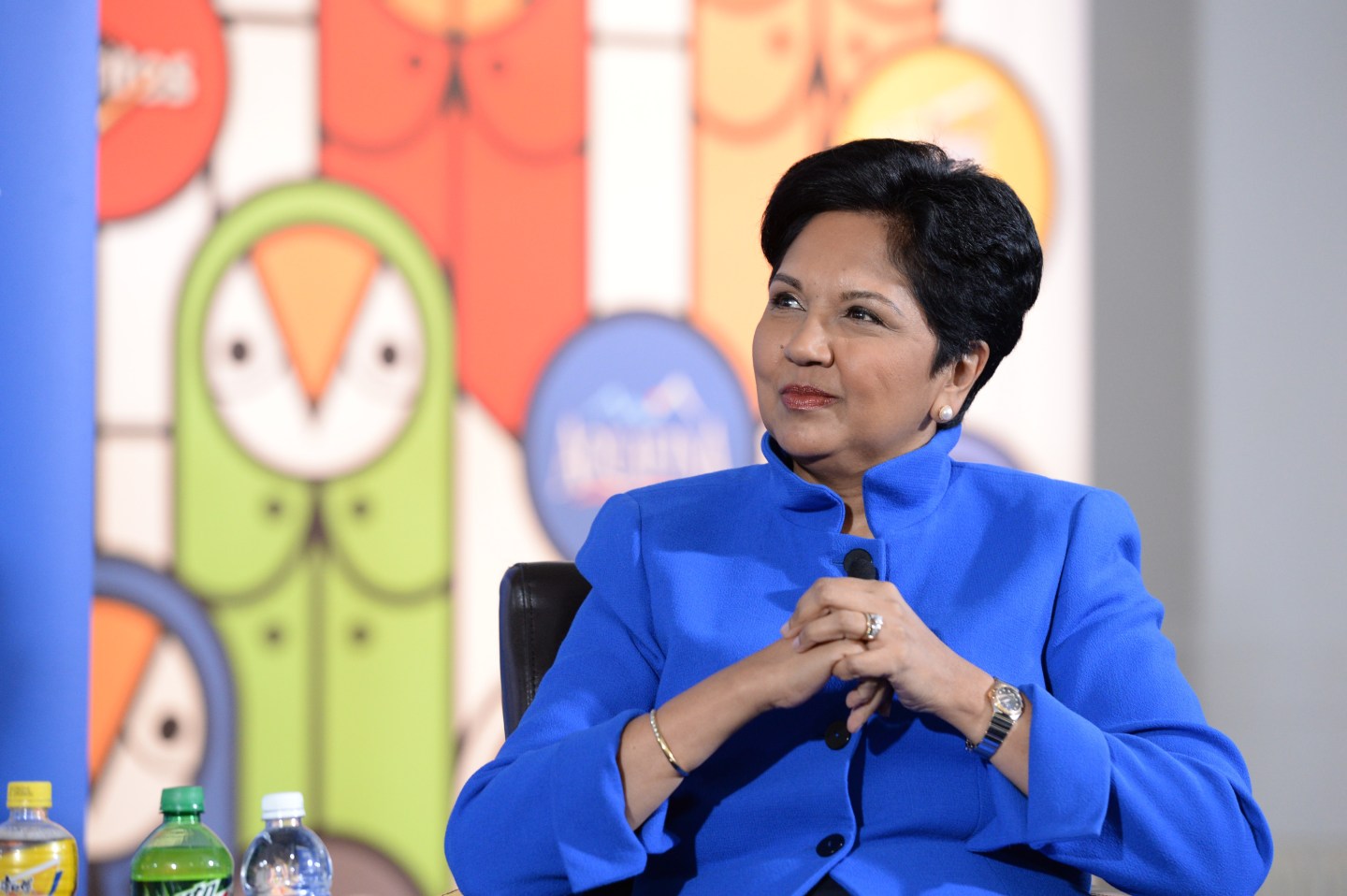 NEW YORK, NY - APRIL 13: PepsiCo Chairman and CEO Indra Nooyi during a press conference to announce a new marketing partnership with PepsiCo on April 13, 2015 at Terminal 23 in New York City. NOTE TO USER: User expressly acknowledges and agrees that, by downloading and/or using this Photograph, user is consenting to the terms and conditions of the Getty Images License Agreement. Mandatory Copyright Notice: Copyright 2015 NBAE (Photo by Jennifer Pottheiser/NBAE via Getty Images)
Photograph by Jennifer Pottheiser — NBAE/Getty Images

When asked about impact of Donald Trump’s surprise presidential victory, PepsiCo chief Indra Nooyi did not mince words. Her daughters and some of her employees are “in mourning” over the election, said the CEO.

Speaking at the DealBook Conference in New York City on Thursday, Nooyi said she’s doing her best to reassure her girls—as well as many PepsiCo workers—about the future.

According to a PepsiCo spokesperson, the safety questions came up at a meeting Nooyi had with a small group of employees in New York City.

“The first thing we all have to do is assure everyone living in the United Sates that you are safe,” said Nooyi, adding that election results are simply “the process of democracy.”

She did comment on some of Trump’s sexist remarks, asking, “How do you talk about women that way?,” according to Forbes‘ coverage of her talk. Misogynist discourse cannot be tolerated, said Nooyi: “If we don’t nip this in the bud it is going to be a lethal force in society.”

While the CEO did not publicly come forward to support either candidate during the race, she has congratulated President-elect Trump on his win, said the spokesperson.

The election is over, Nooyi told the DealBook crowd, and now there is one way forward: “We just have to let life go on.”