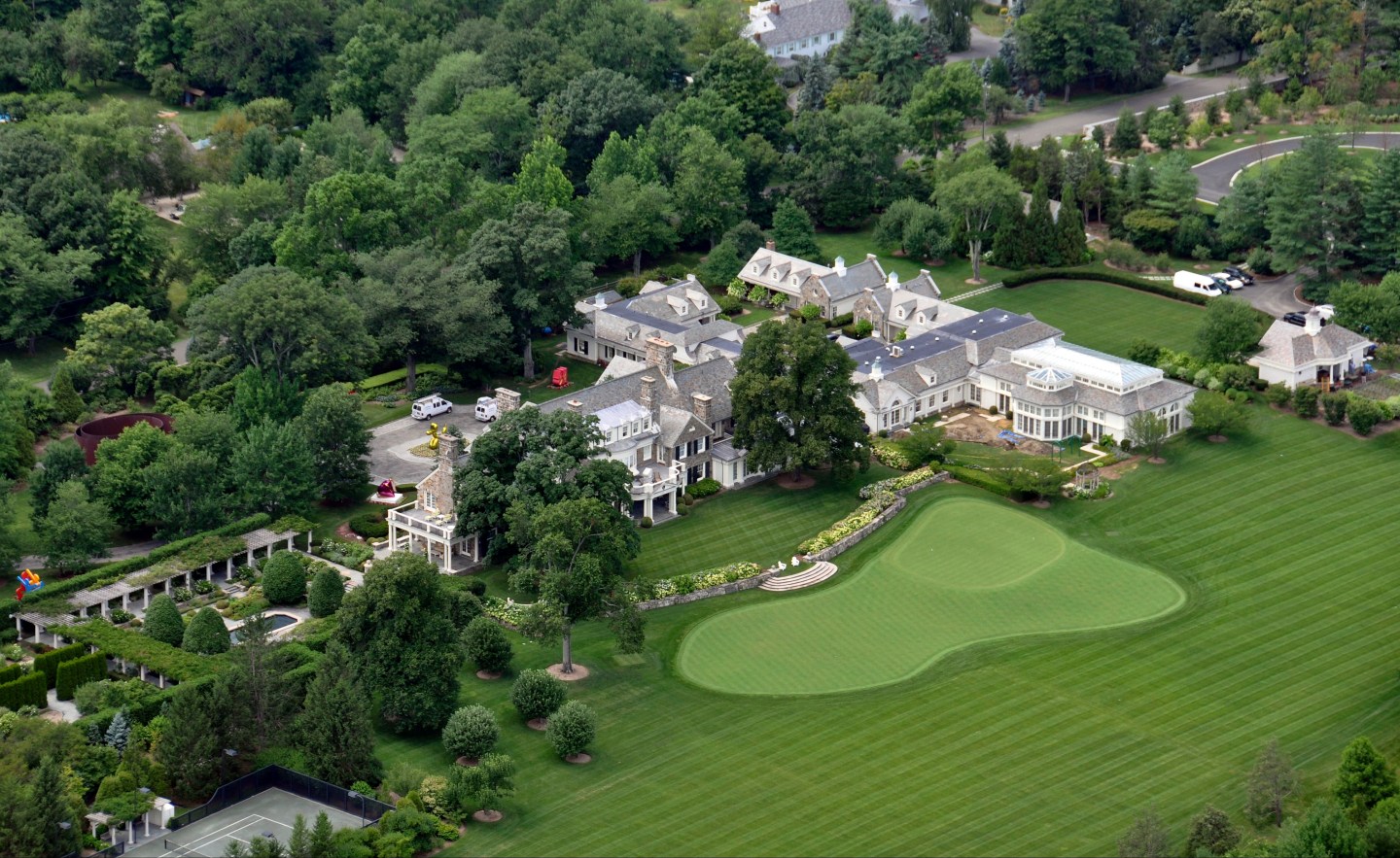 FILE - This July 26, 2013 aerial file photo shows the Greenwich, Conn., estate belonging to billionaire hedge fund owner Stephen Cohen. In a Connecticut, home to some of the richest Americans including Cohen, tax officials go to some lengths to keep them -- and the billions of dollars in revenue their income taxes generate. (AP Photo/Vincent T. Vuoto, File)
Vincent T. Vuoto—AP

Really, really bad. That’s the current outlook for luxury housing in the United States. Right now, the supply of high-end homes is rising, demand is falling, and prices are being cut. It’s not exactly a recipe for success if you’re trying to sell your multi-million dollar home. Making matters worse, an ongoing Federal criminal investigation into wealthy home buyers across the country is scaring away skittish foreigners. All of this spells trouble ahead for shares of luxury homebuilders.

Many of these disconcerting trends are already playing out in one of the wealthiest enclaves in America. I’m of course talking about the uber-wealthy community of Greenwich, Connecticut, home to some of the richest people and most expensive homes in the world.

Greenwich’s housing market is in deep trouble. As you can see in the numbers below, there’s a staggering amount of houses sitting on the market. Here’s the breakdown by home price category:

To put that last bullet into perspective, at 128 months, that’s almost 13 years of supply.

What we’re witnessing in Greenwich right now is a microcosm of what’s going on more broadly. In other words, luxury housing is equally challenged nationwide. Segmenting home prices broadly into thirds, high-end price growth is the weakest among the three tiers. Year-over-year price growth for the high-end is up just 5% and steadily declining. That’s compared to 7% and 10% for the mid-tier and low-tier categories respectively.

Incidentally, the bottom may be falling out of foreign buyer demand, which would negatively impact luxury housing hotspots in cities like Dallas, Miami, New York and San Francisco. In March, the U.S. government established a nationwide investigation into multi-million dollar homes purchased using anonymous shell companies.

Why? According to a report recently released by the Treasury Department, over 25% of buyers using limited liability companies (LLCs) who purchased high-end homes in Manhattan for more than $3 million and Miami for more than $1 million were linked to a “suspicious activity report.” This is an “indication of possible criminal activity.” So, as the government cracks down, expect more foreign buyers to pull back.

As foreign demand declines, this would hurt the top five states that receive the most foreign buyers as a percentage of total home sales. Here they are:

These states accounted for $57 billion or 57% of the $103 billion in international investment in U.S. residential homes last year. That matters because the average home price paid by international buyers is $477,500 versus $266,700 for domestic purchasers. That means foreign buyers paid 56% more than domestic buyers. In other words, the fallout would hurt luxury housing in some of our nation’s biggest cities.

A leading indicator of where luxury home prices are headed paints a particularly foreboding picture. According to Zillow, the share of top-tier homes that are cutting their asking price just hit 17% recently. That’s the highest level we’ve seen since the data started being collect in 2010 just after the Great Recession.

None of these developments bode well for homebuilders levered to high-end housing. And, if the troubling trends lingering over cities like Greenwich, Manhattan, and Miami are any indication of where we’re headed, I have serious doubts that current luxury housing prices can hold.

Joshua Steiner is a managing director and Financials Sector Head for Hedgeye, an independent investment research and online financial media firm based in Stamford, Connecticut.