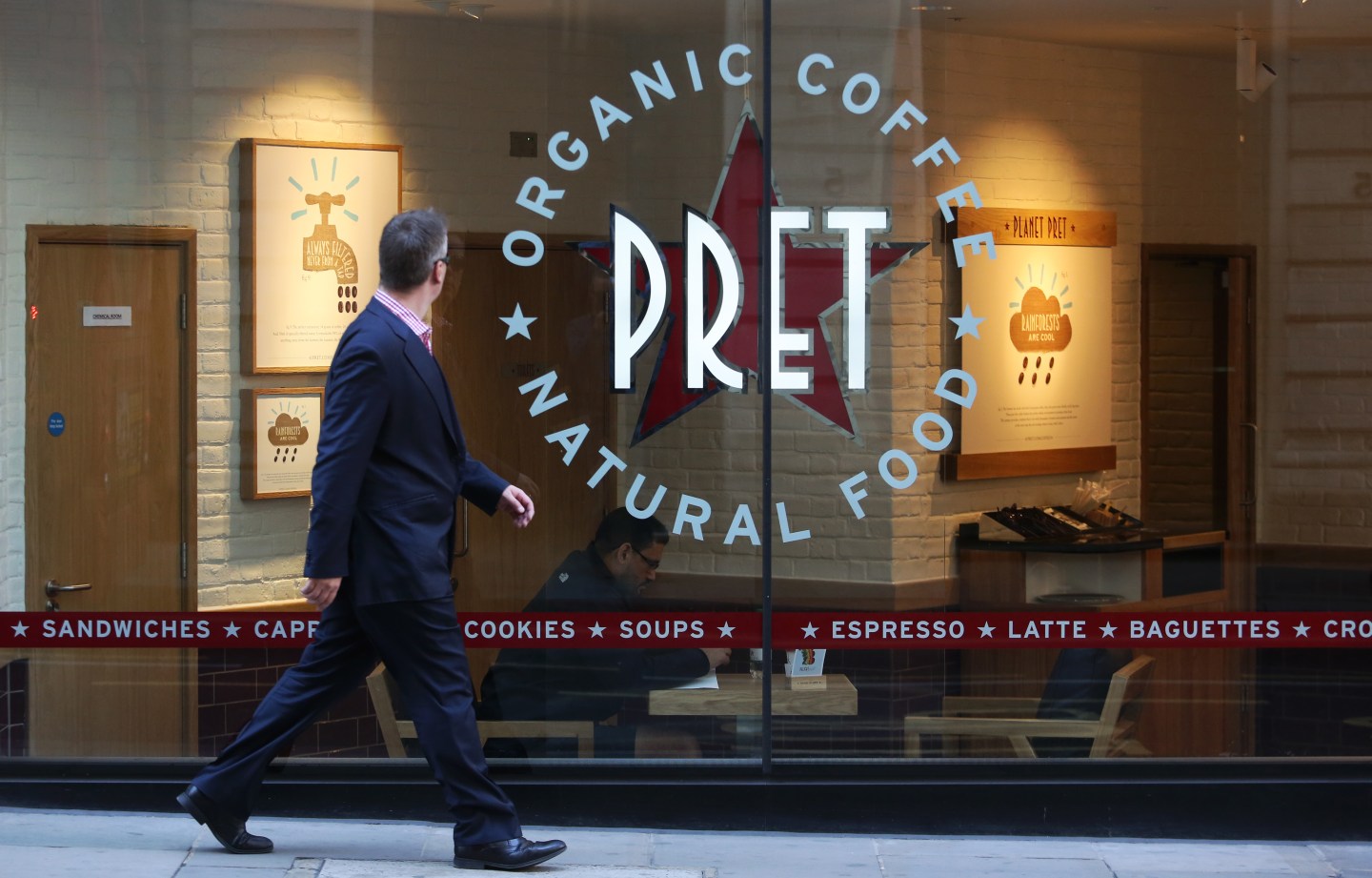 A pedestrian passes a Pret A Manger sandwich store in London.
Bloomberg—Getty Images

U.K.-based global sandwich giant Pret a Manger has launched its annually anticipated Christmas menu—and for the first time it includes a vegan option.

While the Very Merry Christmas Lunch Baguette is overflowing with carrots, it is definitely more than mere rabbit food. Targeting a culinary demographic that is increasingly making its voice heard, the item features malted bread, parsnip puree and crispy caramelized onions combine with grilled carrots, topped off with festive spiced chutney, toasted pistachios, and peppery watercress for added bite.

The baguette is not yet on the U.S. menu, so Stateside vegans will have to be content with salivating over tweets from their U.K. counterparts.

Other seasonal specials available in U.K. stores include a ham hock, stuffing, and apple baguette; several vegetarian options such as French Brie and Cranberry toastie and—famously—a sandwich-based interpretation of the traditional British Christmas lunch, with free-range turkey breast with pork, potato and apricot stuffing, finished with cripsy onions, baby spinach, and a dollop of cranberry-port sauce.

This is not the first time the chain has acknowledged the world’s burgeoning vegan and vegetarian population; in June, the company launched a month-long vegetarian popup outlet in London’s trendy Soho neighborhood.

The chain is known for its strong ethical standpoints on sustainability and animal welfare, and in the U.K. gives its unsold fresh produce to the homeless and hungry at the end of each day.

For more on coffee shop chains, watch this Fortune video

The Christmas Lunch menu has yet to be launched in the U.S., where the brand appears to be focusing on fall and Thanksgiving items.