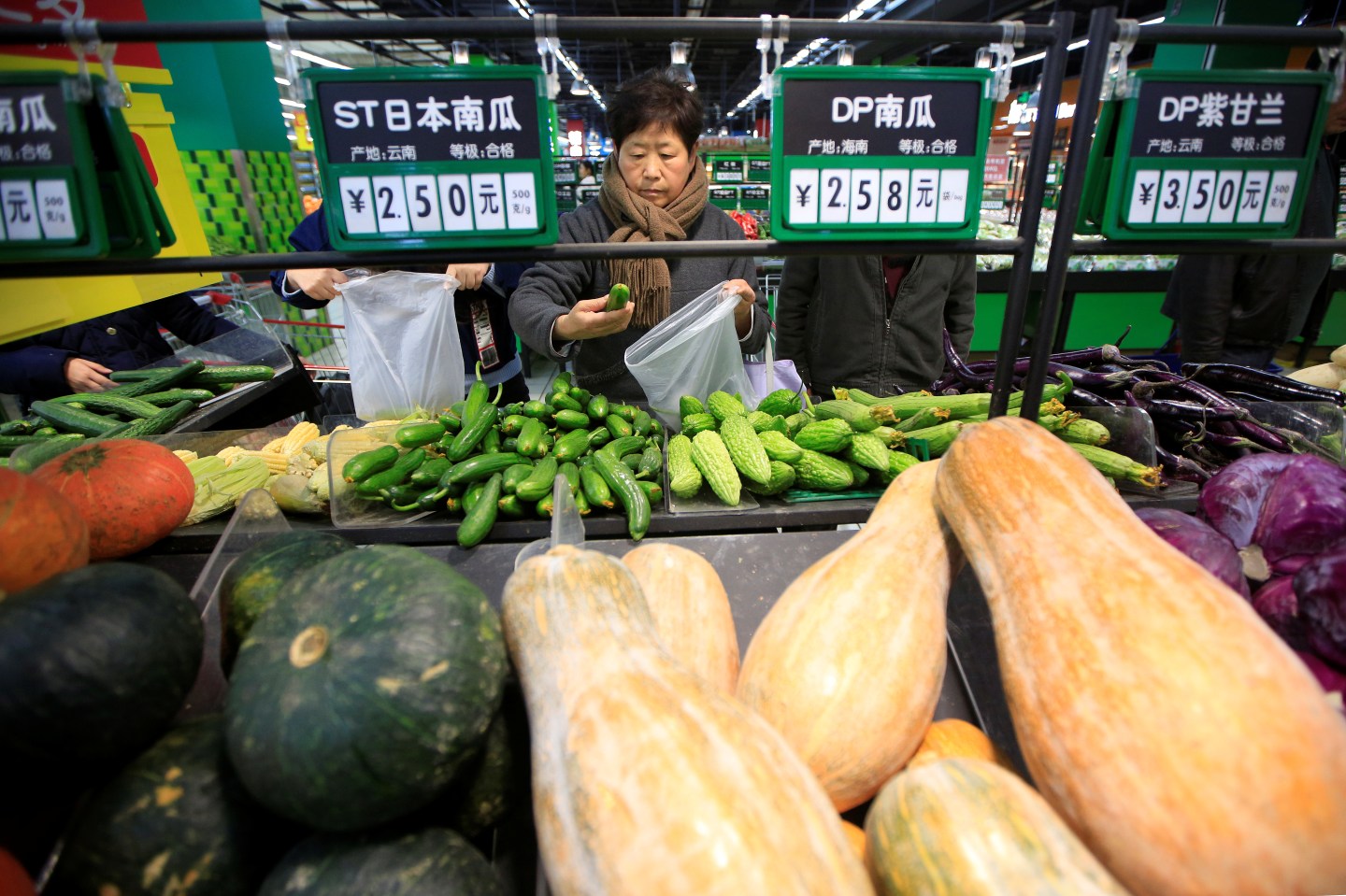 The consumer price index (CPI) rose 2.1% in October from a year earlier, compared with a 1.9% increase in September, the National Bureau of Statistics (NBS) said on Wednesday.

Analysts had expected a 2.1% gain, a Reuters poll showed.

Factory prices rose 1.2% on-year, the fastest pace since December 2011 after turning marginally positive in September for the first time in nearly five years. The reading handily beat forecasts for a 0.8% rise.

China’s economy expanded at a steady 6.7% in the third quarter and looks set to hit Beijing’s full-year target, fueled by stronger government spending, record bank lending and a red-hot property market that are adding to its growing pile of debt.

A jump in food prices fueled faster consumer inflation in October. Food prices rose 3.7%, compared with a 3.2% gain in the previous month.

“I believe PPI in the coming months will continue to show positive growth year-on-year, but it could be volatile month-on-month,” Sheng told a group of foreign reporters.