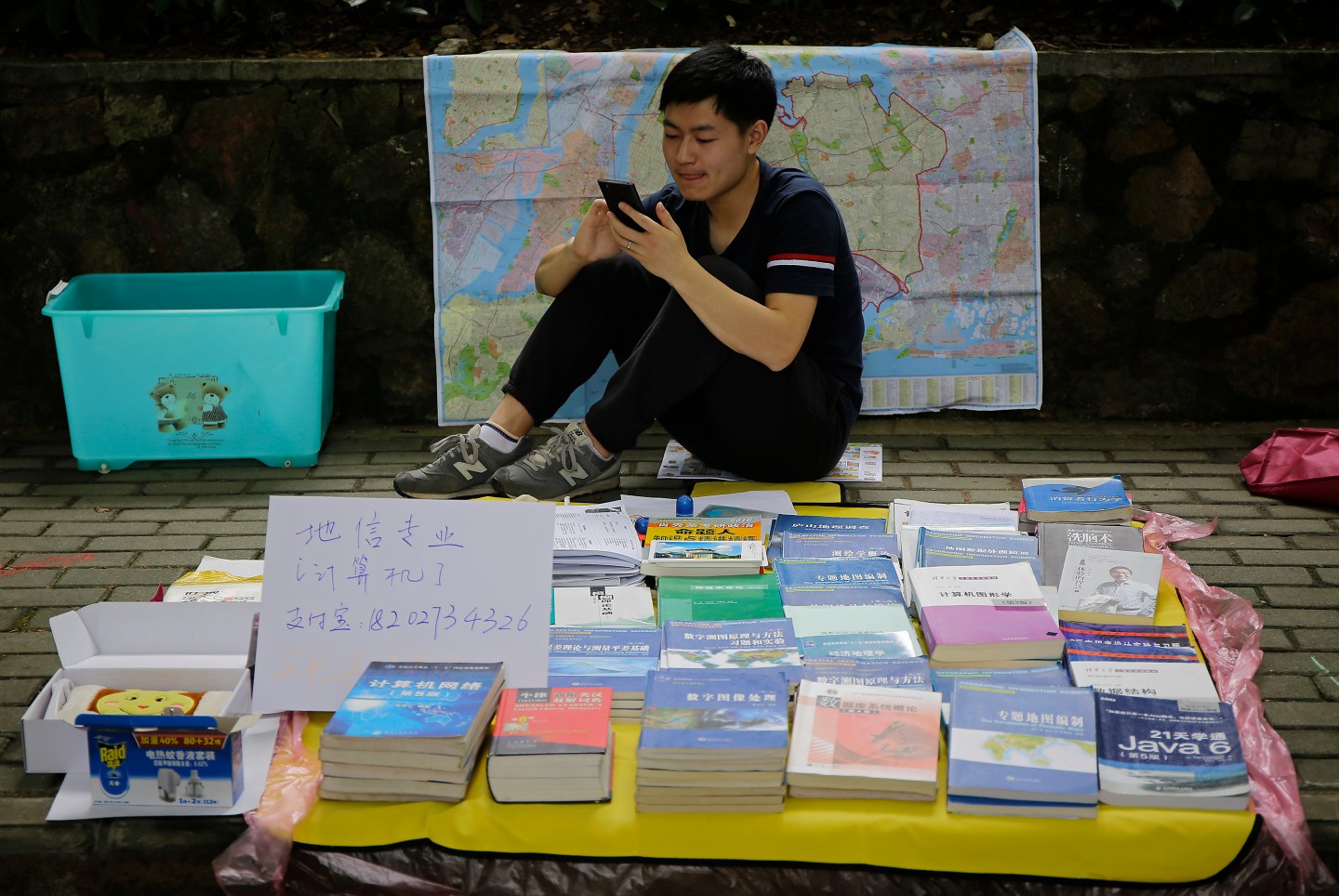 WUHAN, CHINA - MAY 29: Graduates play mobile phone waiting for customers.College graduates sell their used textbooks, magazines, CD and other possessions on the campus of a university on May 29, 2016 in Wuhan, China. Graduates sell those things which are useless to them or are difficult to take them back home. on May 29, 2016 in Wuhan, China. (Photo by Wang HE/Getty Images)
Wang HE / Getty Images

The owner of Toutiao, a popular news aggregation app in China, is seeking a valuation of more than $10 billion, bucking a trend of slowing investment in the start-up industry, the Wall Street Journal reports.

The app’s parent company, Beijing Bytedance Technology, seeks to raise about $1 billion in its latest round, according to the Journal. The fresh valuation marks rapid progress for the company, which was worth only $500 million in 2014.

It also indicates an uptick in start-up backing; venture capital investment in the industry fell 14% to $24.1 billion globally in the third quarter, the Journal reports, the lowest for that quarter since 2014.

Toutiao aggregates personalized third-party content based on users’ interests by analyzing data on social-networking accounts. Much of Toutiao’s revenue is generated by targeted advertising.

The company partnered with a Chinese e-commerce website, JD.com, in September, allowing users to browse and shop directly from the app.

For more about tech development in China, watch Fortune’s video:

Bytedance, which also owns an English-language news app called TopBuzz, seeks to expand overseas, according to the Journal, and also led a $25 million round of funding for an Indian news aggregator, Dailyhunt.

Toutiao, which means “headlines” in Chinese, said it had some 600 million users and 66 million active daily users at the close of October. The company last publicly announced a funding round in 2014, when Nasdaq-listed Chinese micro-blogging site Weibo Corp. (WB) invested in the start-up. Venture firm Sequoia Capital China and Russian billionaire Yuri Milner have also invested in the company, the Journal reports.