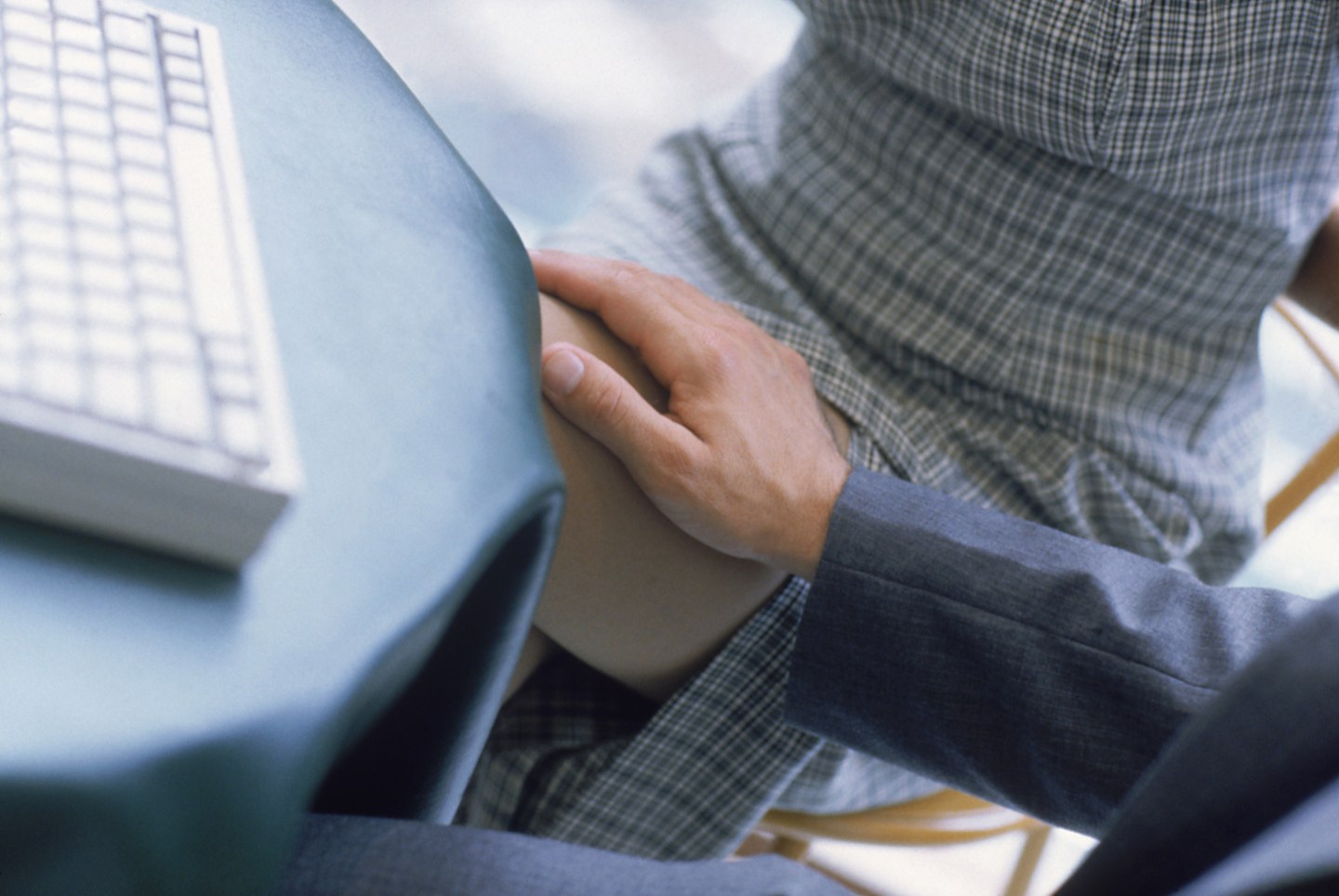 When writer Kelly Oxford asked women to tweet her their “first assaults,” she says more than a million replies came in over the course of a single evening. Two days later, nearly 27 million people had tweeted or visited her Twitter page. While some observers were surprised by the speed and volume of the response, it seems they should not have been.

In a new poll conducted by Morning Consult, 45% of female respondents said they have experienced unwanted physical conduct or touching of a sexual nature. In addition, more than half of the women who took the survey said they’ve been the recipient of unwelcome sexually-charged jokes (60%), been present when comments of a sexual nature were made about another woman (59%), and been catcalled (56%).

The poll, conducted on October 21 through 25, included 1,058 female registered voters. Respondents were also asked how they reacted to the unwanted sexual behavior. While 37% said they chose not to respond in any way, a full 51% said they confronted the aggressor directly. Twelve percent said they reported the incident to the police. (Poll respondents were permitted to choose multiple answers.)

Oxford launched her Twitter campaign in response to the now-infamous Access Hollywood tape. That recording, which captured Donald Trump bragging about sexually assaulting women, spurred a number of women to come forward to publicly accuse the GOP nominee of unwanted groping, kissing, and other types of assault and harassment. (Trump has denied all allegations.) It also prompted a nationwide discussion of a topic that has long been confined to the shadows.

While the Centers for Disease Control and Prevention stat that roughly one in five women report experiencing rape at some time in their lives is fairly well known, hard data on other forms of sexual assault and sexual harassment is hard to come by. But polls like this—as well as movements like the one sparked by Oxford—suggest just how widespread the problem remains.