Janet Reno Has Died at 78 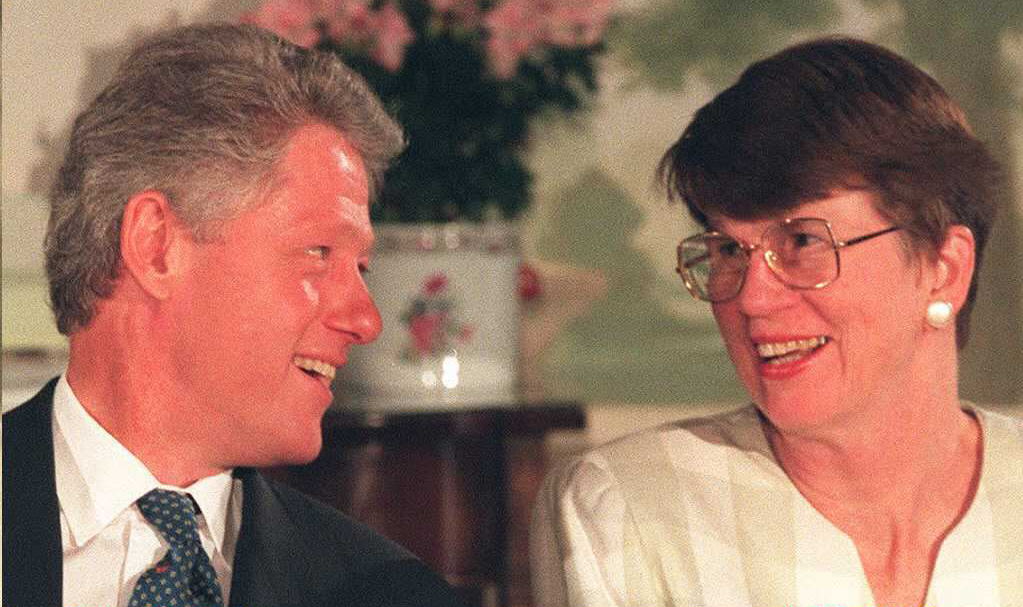 The blunt-spoken lawyer worked as the top U.S. law enforcement official under Clinton from 1993 to 2001, becoming the longest-serving attorney general of the 20th century.

Just weeks into the job, she authorized the deadly 1993 raid on the Branch Davidian cult compound at Waco, Texas.

The former Miami prosecutor, picked by Clinton after his first two choices for the job ran into trouble at the confirmation stage, exhibited an independent streak and a brusque manner that often upset the White House.

Reno weathered White House complaints that she was not a team player and that she sought too many special prosecutors to investigate cases, including the Whitewater affair involving the finances of the president and first lady Hillary Clinton.

She always said she made decisions based on evidence and the law.

Reno was only 38 days into the attorney general’s job when she approved the April 19, 1993, FBI raid that led to the deaths of about 80 people, including many children, at the Waco cult compound.

Federal agents had earlier tried to serve a warrant on the cult’s leader, David Koresh, who said he was the Messiah, for stockpiling weapons. Four agents and six cult members were killed in an ensuing shootout, leading to a 51-day standoff.

With negotiations at an impasse, Reno gave the go-ahead for the raid after hearing reports of child abuse in the compound. The raid on the heavily armed cultists ended in an inferno that engulfed the site.

“I made the decision. I’m accountable. The buck stops with me,” a grim-looking Reno told a later news conference.

Reno met the boy and his Miami relatives who battled to keep him from returning to communist Cuba, and his father and grandmothers, who wanted to raise Gonzalez in his homeland.

Reno argued that Elian belonged with his father and acted after the Miami relatives defied a U.S. government order to hand him over. She authorized armed agents to take the boy from his relatives’ home in a pre-dawn raid in April 2000 and re-unite him with his father, who took him back to Cuba.

The raid infuriated Miami’s Cuban exile community, whose members picketed her home and denounced her as a “witch” and lackey of Cuban President Fidel Castro.

In 1998, Reno’s Justice Department brought a huge antitrust case against Microsoft. Two years later, a federal judge ordered the breakup of the software giant because it had ignored his ruling that it had used unlawful monopolistic practices.

The case was settled in 2001 by the administration of George W. Bush, Clinton’s Republican successor, in terms seen as favorable to Microsoft.

Reno appeared with Clinton after the 1995 truck bomb attack on the Oklahoma City federal building that killed 168 people, and vowed to seek the death penalty for the perpetrators.

Convicted Oklahoma City bomber Timothy McVeigh in 2001 become the first federal prisoner executed since 1963. McVeigh said he carried out the attack to punish the U.S. government for the Waco cult raid and another raid in Idaho.

Some comedians made fun of Reno during her time in office, lampooning her appearance and height, around 6 feet 2 inches, among them Will Ferrell who impersonated her on “Saturday Night Live.”

Shortly after leaving office in January 2001 she appeared on the show next to Ferrell, both wearing identical outfits, in a sketch called “Janet Reno’s Dance Party.”

She was diagnosed in 1995 with Parkinson’s disease, a progressive disorder of the central nervous system that caused trembling in her arms. “All it does is shake and you get used to it shaking after a while,” she told a TV interviewer.

Reno was attorney general throughout Clinton’s two terms as president and was in the job longer than anyone except William Wirt, who held it from November 1817 until March 1829.

After leaving Washington, Reno returned to Florida and ran for governor in 2002, but lost in the Democratic primary.

Reno was born on July 21, 1938, in Miami to parents who were newspaper reporters. She attended public schools in Miami and earned a chemistry degree at Cornell University in 1960.

She received her law degree from Harvard three years later and worked as a lawyer in Miami.