Smog in China and India Have Given Birth to a New Industry: Bottled Air 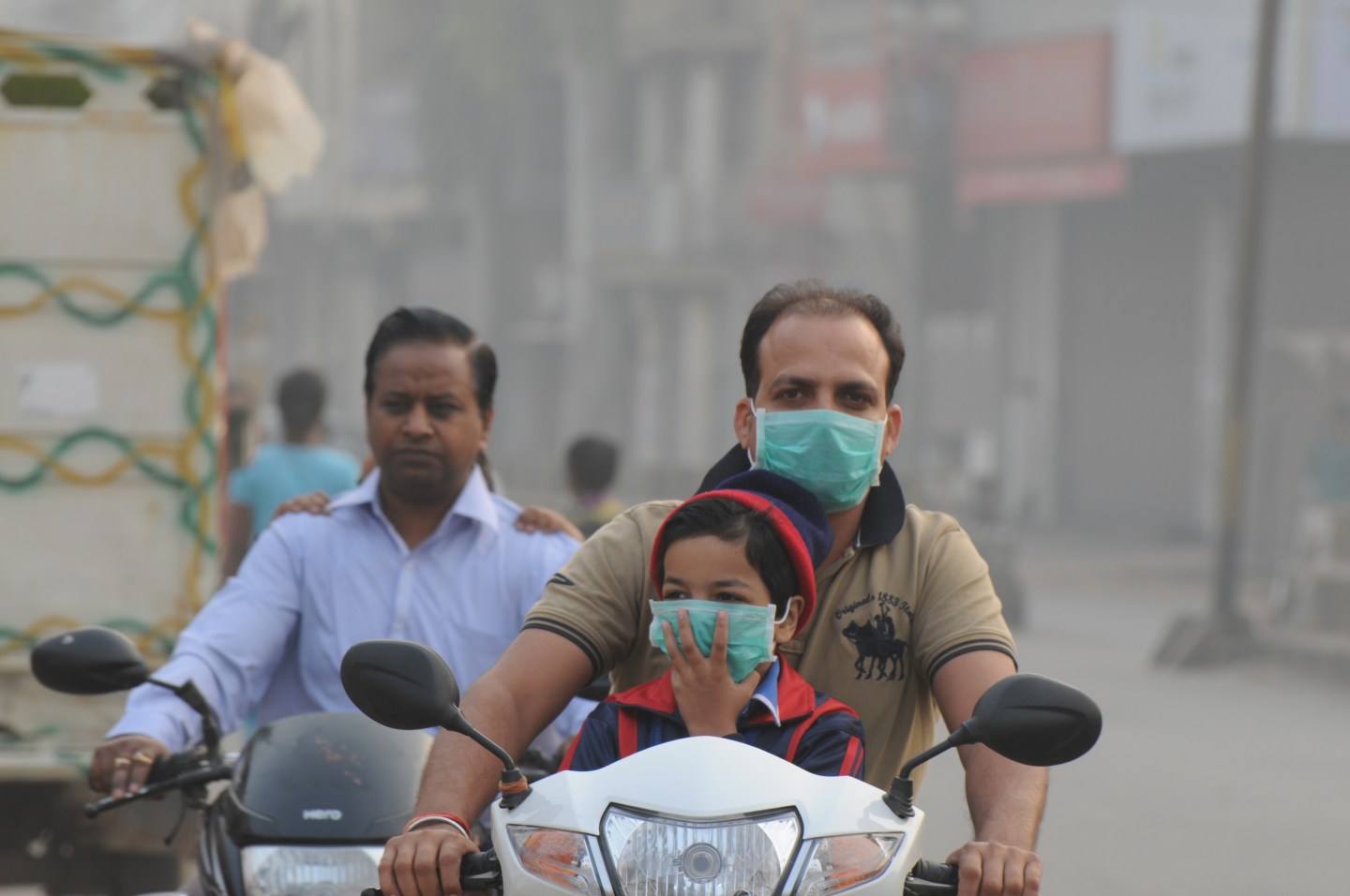 In May, a Canadian company that claims to sell “100% Pure Rocky Mountain Air” announced that it would start distributing its product in twin packs of 3 and 8-liter bottles to the Indian market, for around $20 and $40 respectively.

Although Vitality Air currently has not listed any Indian distributors on its website, Moses Lam, CEO and founder of the company, told Fortune that they have found several distributors for the product and plan on distributing to New Delhi, Bombay and Chennai in the next month.

“The smog has definitely impacted our business,” says Lam. “We intend on providing everyone in India with a breath of fresh air.”

The company already had some success in China, a country notorious for its air pollution crisis in its capital and industrial centers, where, according to Mashable, they sold 12,000 bottles of the stuff, as of May.

“Our Chinese website keeps crashing. We are getting orders from all over the country, not just from the wealthier cities. When the air is bad, we see spikes in sales,” Harrison Wang, a China representative for Vitality Air, told Mashable earlier this year. “The smog is definitely our best advertising.”

Vitality Air repeatedly markets itself as “fun” and “disruptive,” which is hard to argue with, considering they also sell strawberry, grape, and root-beer-flavored oxygen.

Lam tells Fortune that he actually sees a bigger market for his product in India than in China. “The pollution in India is actually much worse than in China, and we have our appetite set for India. We feel India will be our largest target market.”

He expects to have 10,000 bottles of his fresh rocky mountain air in India early next month.

However, Vitality Air isn’t the only game in town. Companies from all over the world are hoping to cash in on the bottled air business. According to The New York Times, Australian company Green and Clean wants to start shipping 40,000 containers of bottled air a month to China in December, before expanding to markets in India, Chile, Malaysia, and the Middle East.

Earlier this year, an Englishman started selling jars of air to Chinese elites for nearly $100 a pop.

One German entrepreneur referred to his bottle air brand as the “Mercedes-Benz of bottled air,” which is perhaps the better car manufacturer to compare your bottled air to, considering the current scandals polluting the German car industry.

Jokes aside, recent reports suggest a dismal picture for India and China under their current pollution crises.

According to Breathe Life, an initiative started by the World Health Organization and the Climate and Clean Air Coalition, New Delhi’s air is currently more than 12 times above safe levels of exposure. Beijing ranks at about 8.5 times the safest levels.

In September, the World Health Organization labeled China and India as the countries with the world’s deadliest air pollution. Another report suggest that of the 5.5 million premature deaths that occurred worldwide due to air pollution in 2013, more than half took place in India and China. According to India’s Meteorological Department, smog in the country’s capital reached the worst it had been in nearly 17 years earlier this month.

For more on the environment and pollution, watch Fortune’s video:

One thing is for certain: The rise of bottled air only shows that reality is truly stranger than fiction. But if China is any indication, India could be the next big market for these would be Perri-Airs.