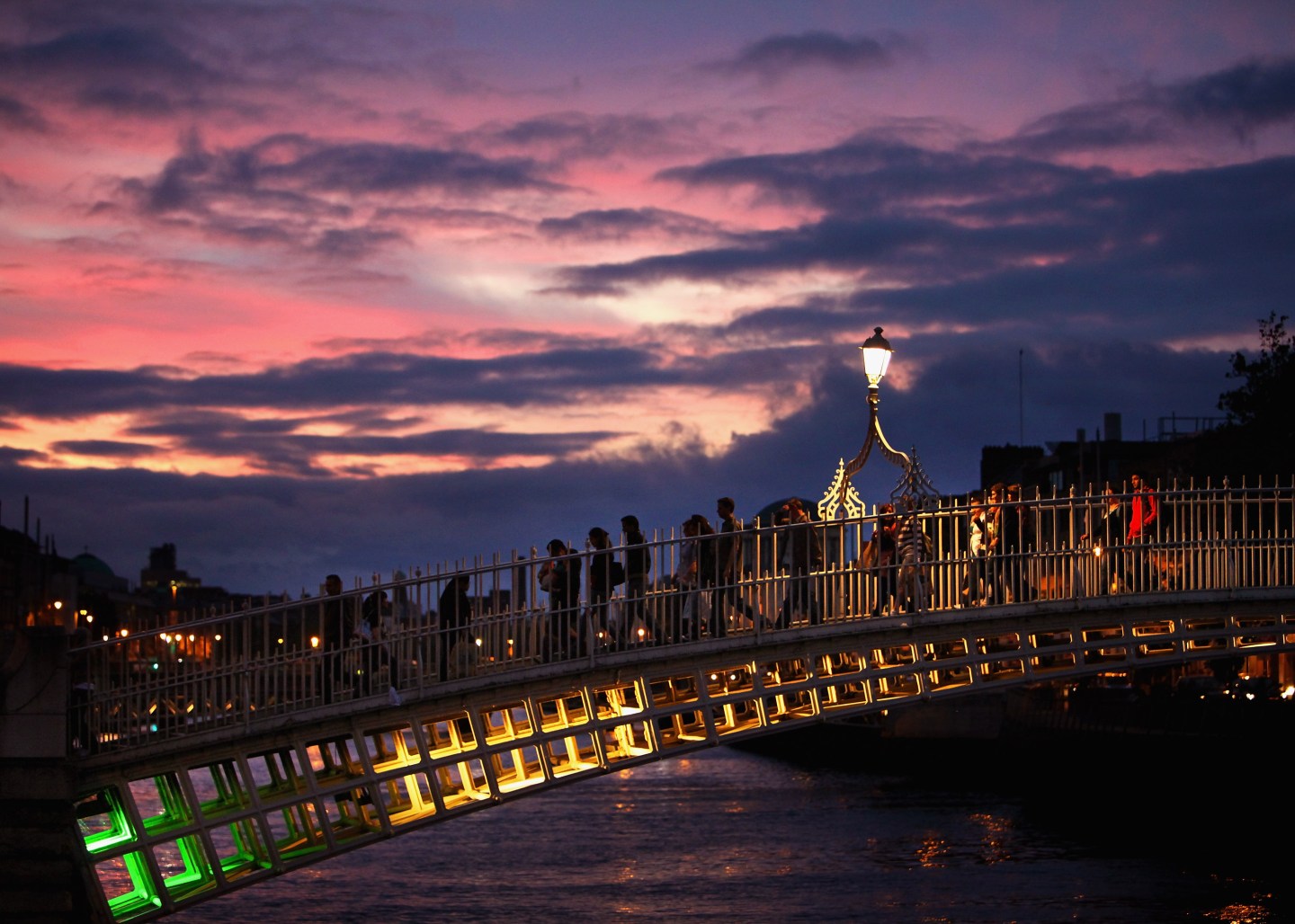 DUBLIN, IRELAND - OCTOBER 02: People make their way across a bridge over the river Liffey in central Dublin on October 2, 2009 in Dublin, Ireland. The people of Ireland will vote for a second time on the Lisbon Treaty, the outcome could decide the future changes to the EU. (Photo by Jeff J Mitchell/Getty Images)
Photograph by Jeff J Mitchell/ Getty Images

A British exit from the European Union that left trade with the bloc governed by World Trade Organisation rules would knock around 3.5% off Ireland’s gross domestic product within a decade, an Irish government report estimated on Monday.

Ireland is widely seen as the EU economy with most to lose from Brexit and the government has cut its economic growth forecasts for 2016 and 2017 by 0.7 and 0.4 percentage points as a result of Britain’s June vote to leave.

The report by the Department of Finance and the Economic and Social Research Institute estimated that a “hard Brexit” under WTO rules would leave Ireland’s unemployment rate 1.9 percentage points higher and wages 3.6% lower within a decade than if Britain did not leave.

A “soft Brexit” that left Britain within the tariff-free European Economic Area alongside Norway and Iceland would leave Irish GDP just over 2% lower a decade after the exit than it would have been had Britain stayed in the EU.

The authors of the report, which relied on models produced by Britain’s National Institute of Economic and Social Research, said the hit to Ireland’s economy could be worse than that to Britain under certain scenarios.