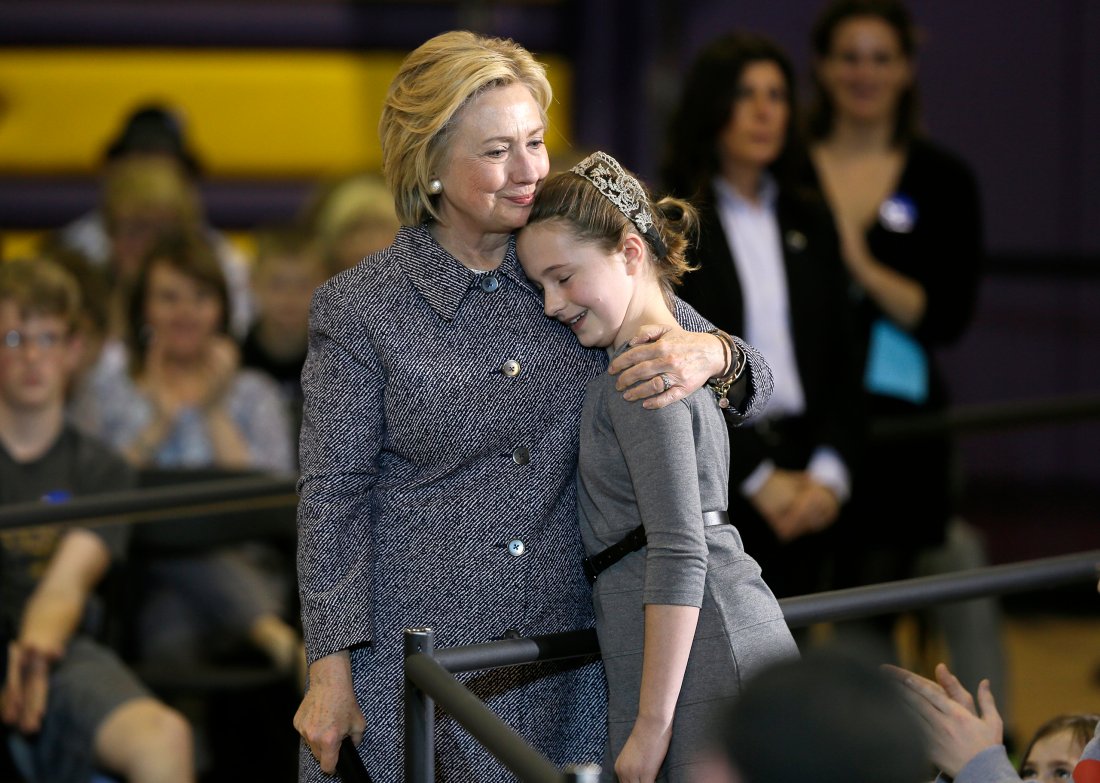 Hillary Clinton gets a hug from fifth-grader Hannah Tandy during a town hall meeting at Keota High School, on Dec. 22, 2015, in Keota, Iowa.
Charlie Neibergall—AP AP

Even if they can’t vote, teenage girls are closely following this election. And many say Hillary Clinton makes them feel better, while Donald Trump makes them feel worse.

According to an online poll conducted for the New York Times, nearly a quarter of teenage girls say Clinton’s candidacy has encouraged them to seek leadership positions, but nearly half say Trump’s comments have negatively affected the way they think about their bodies.

“That hits me hard when people like Trump say people who are skinnier than I am are too big,” Morgan Lesh, 15, of Moro, Oregon told the Times. “It makes me feel extremely insecure about myself.” According to a recent Pew study, 60% of voters said Trump has little or no respect for women.

According to the New York Times poll, 22% of teenage girls surveyed said Clinton’s run has encouraged them to want to be leaders, while 27% said Trump’s candidacy made them less likely to seek leadership roles. Almost all the girls had heard Trump’s comments about women, 42% said those comments had negatively affected the way they think about their bodies. 83% said a candidate’s gender makes no difference in running for political office (10% said it was easier as a man) and 89% said a woman would make just as good of a president as a man.

Feminism is especially popular among young women, with 63% of women aged 18-34 identifying as a “feminist” or a “strong feminist,” according to a January poll from the Washington Post.

“Feminism” was defined as the “belief in the political, social, and economic equality of men and women.”