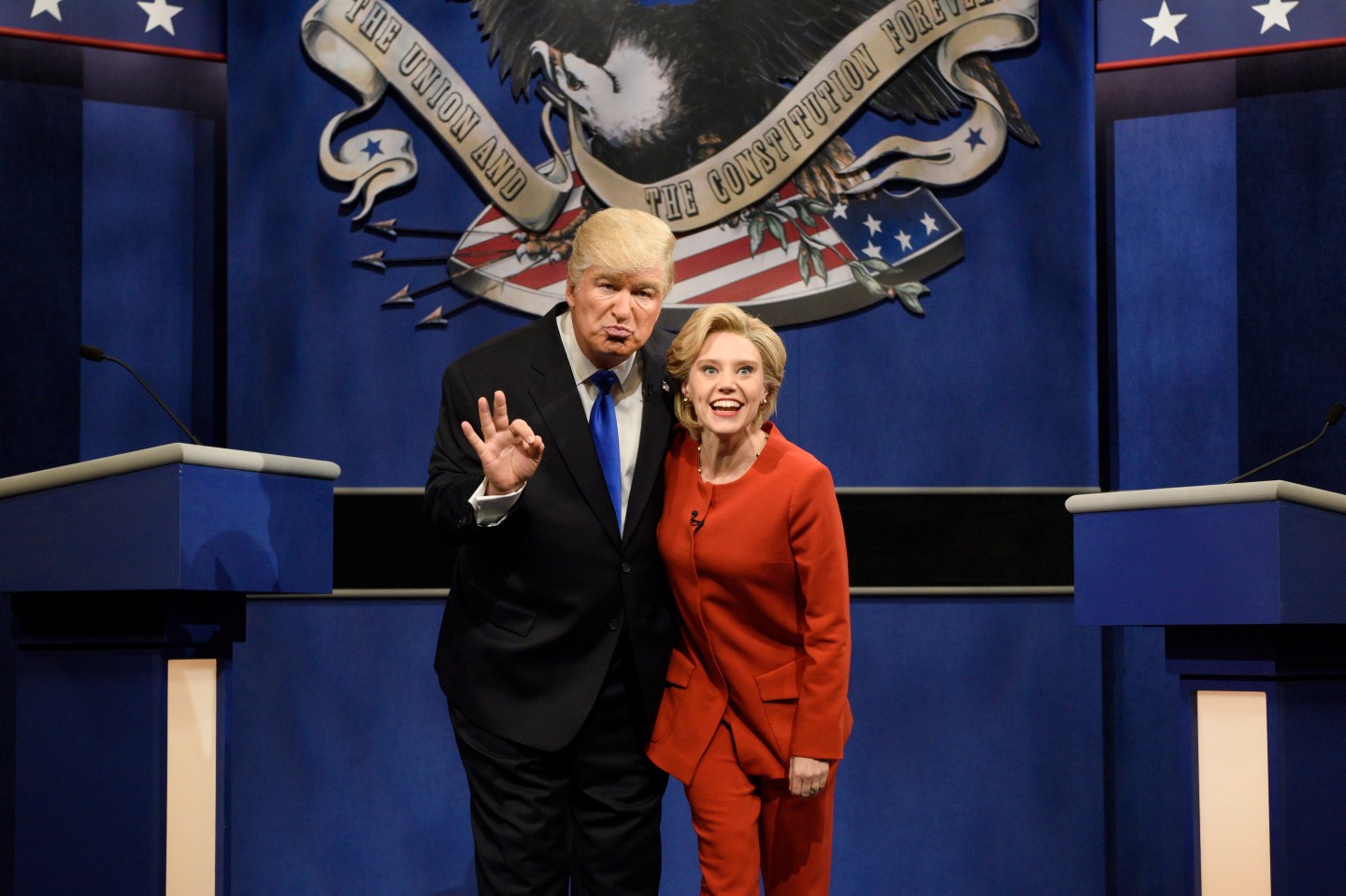 Even Saturday Night Live is tired of the election.

“I’m sorry Kate,” Baldwin said. The cameras then cut to a wide shot, and showed the two standing close to each other. “I just hate yelling all this stuff at you like this.

“You know what I think would help us?” McKinnon said, grabbing Baldwin’s hand. “Let’s get out of here.”

The sketch cut to a pre-taped segment with Baldwin and McKinnon running around New York City’s Times Square, hugging each other’s supporters and attempting to create unity.

Before breaking from character, the sketch began with the two “candidates” making their final plea to the American people. The show mocked Trump’s alleged ties to the FBI, Russia, and the Ku Klux Klan (KKK), and showed Baldwin’s Trump kissing a shirtless Vladimir Putin and an FBI official. McKinnon’s Clinton expressed frustration for constantly being questioned about her e-mails.

After returning to the SNL stage, they both urged to the audience to vote.

“We can’t tell you who to vote for, but on Tuesday we all get a chance to choose what kind of country we want to live in,” McKinnon said.