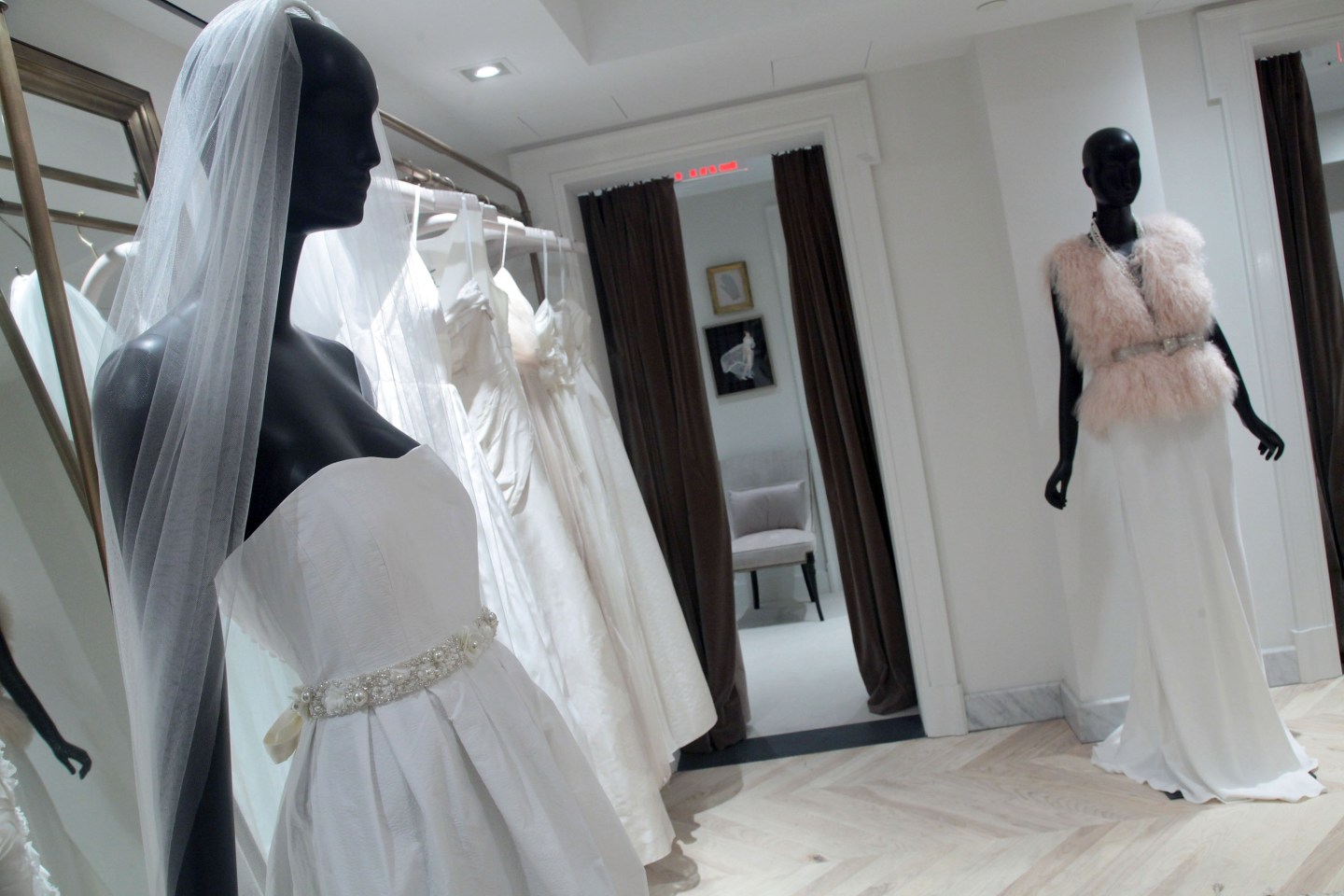 J.Crew is phasing out its line of bridesmaids dresses and wedding gowns, dropping an important part of its business since 2004, Business Insider reported on Thursday. A company spokesperson has not yet responded to a request for comment from Fortune.

The move comes as the retailer struggles with sharply declining sales, particularly in its women’s business. In its most recent quarter, J.Crew reported comparable sales in its namesake brand fell 9%. And that was on top of a 13% drop in the same quarter a year earlier. The company’s woes have been anchored entirely to women’s wear.

Such has the erosion been for the brand that J.Crew wrote down its value by $1 billion in the last two years. J.Crew’s biggest problems have been big fashion misfires and, for many customers, overly high prices for many items. For example, the company’s Madewell brand is doing much better, growing by double-digit percentages each quarter.

Still, J.Crew’s bridal line has long been very popular, offering affordable yet quality and stylish bridesmaids dresses. This line was exclusive online until 2010, when the retailer opened a bridal store in New York. The deals on bridesmaids were already plentiful with many such garments selling for up to 70% on Friday.

But getting rid of this line should liberate J.Crew to focus on more promising parts of its business, such as its recently launched activewear line in partnership with New Balance. To drum up more business for its women’s wear and expand its clientele, J.Crew recently began selling women’s clothes at 16 Nordstrom (JWN) upscale department store’s locations. Nordstrom already sells J.Crew Group’s Madewell brand at 76 stores and online.